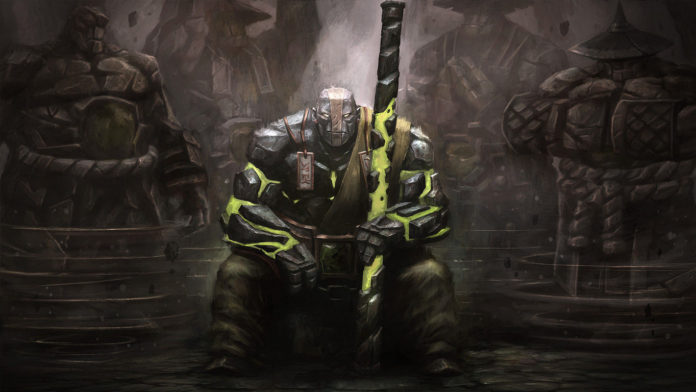 It’s no secret that nowadays the popularity of Multiplayer Online Battle Arena (MOBA) games has taken a high exponential rise. With more number of players becoming a part of the Dota 2 family by each passing day, the title has become the paradise for online gaming and boasts of having by far the most prize pool money.

Last November, I entered the darkness of Dota 2, and here, after 2 rampages, 78 triple kills, 54 first bloods and 41 couriers killed, (yeah guys, I’m still a noob), I’m here to share my list of the Dota 2 heroes you don’t want to play with. 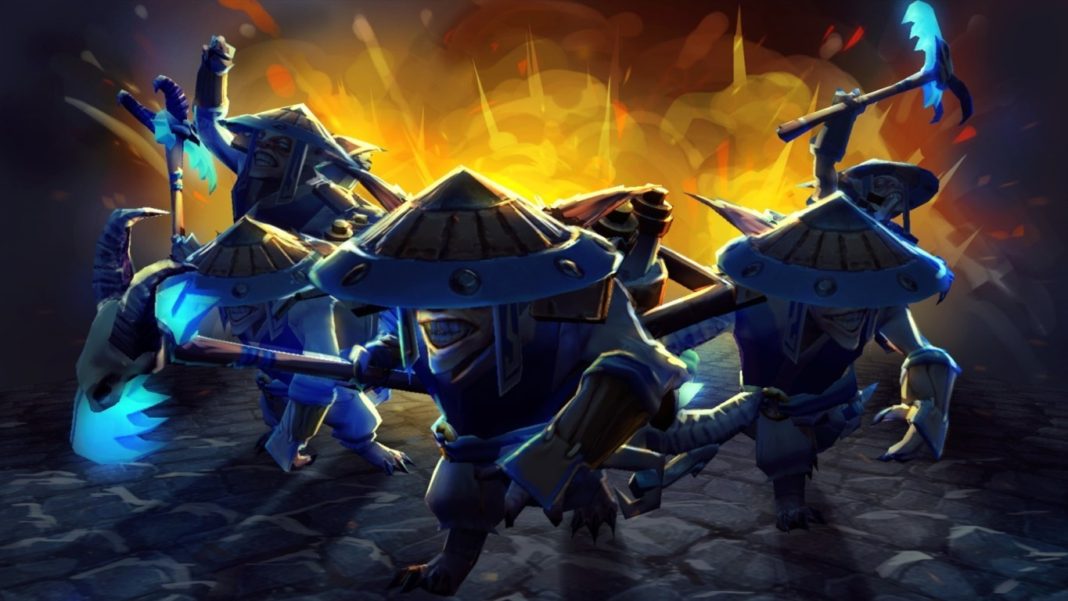 Dota 2 has many characters known for their dopplegangers, illusions and clones. Those are very familiar to the ones who have played with Phantom Lancer or Chaos Knight. Meepo is a step further.

Though this character seems small and minuscule, it forces you to control around four or five Meepos.  Those aren’t just clones that would disappear after a few seconds or till the ability is retained.

Meepo is an agility carry with a low lying net that traps heroes and a poof ability that takes time to cool down. Each time you upgrade its ultimate ability, a new Meepo appears. Controlling them becomes tough as the replicas have no items, and the death of one of them, results in the death of the original character. This is the worst part and this makes him one of the huge risky picks to play.

If in the right hands, Meepo could surely win you the game all by himself. But in the wrong hands, Meepo becomes an easy target to kill, thus ending up being fed to the opposition team. Poof!! And here we have our toughest hero. 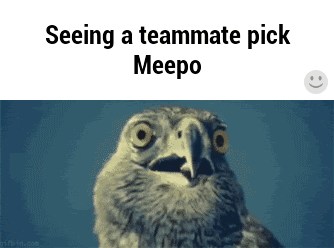 (TRUE STORY, I can relate to this bird) 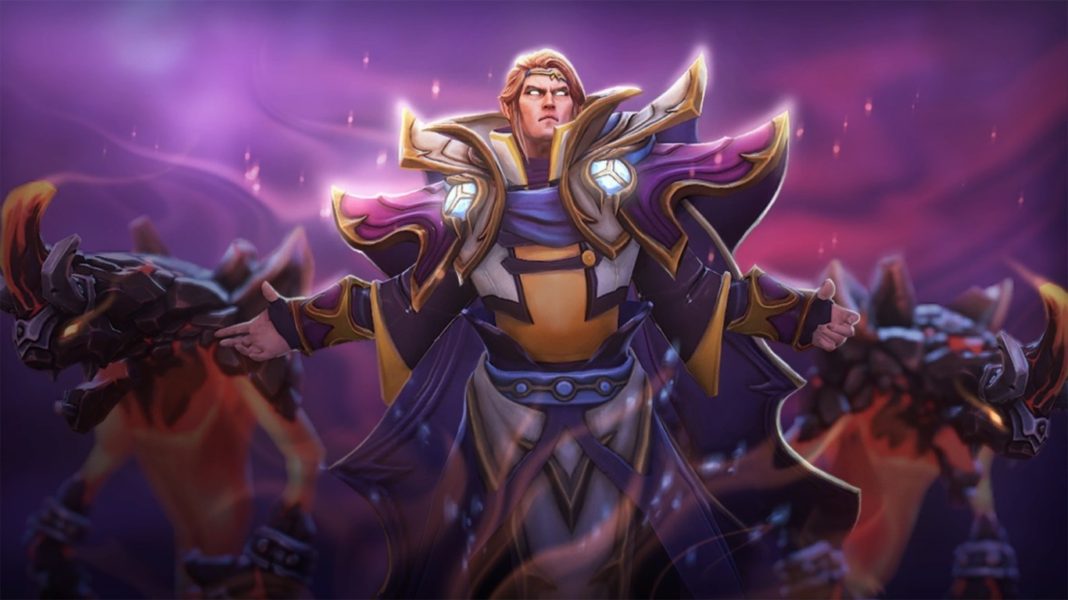 Invoker is one of the most picked heroes in Dota 2. Whether it be new players or professionals playing in Tis, he is a very popular and common hero in team drafts. His primary skills Quas, Wex and Exort are used to invoke new ones for him.

The reason new players should not pick Invoker is that his abilities when utilized, conjure upto 14 spells for him. 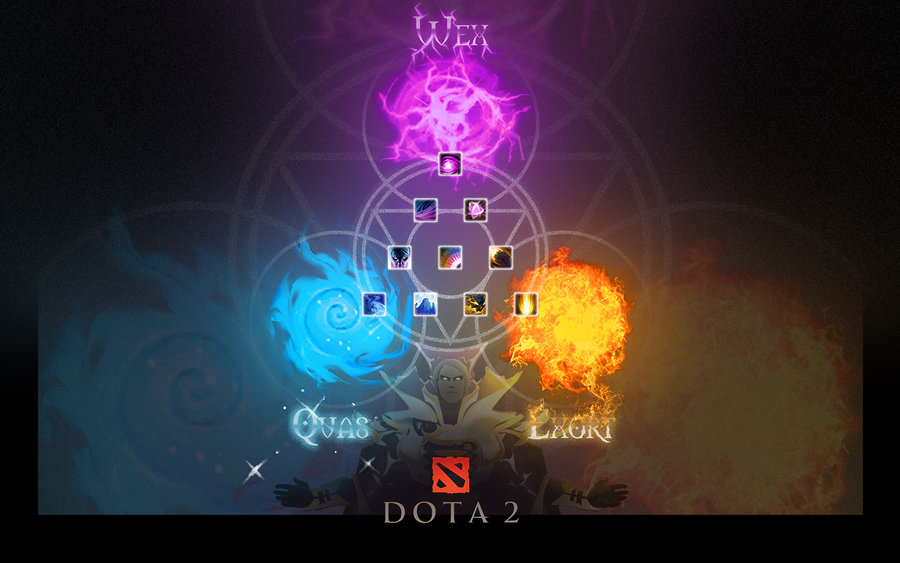 The primary spells have to be combined in a specific way for each new spell. Hence, one has to pull-off these transitions in quick succession, so as to switch to the new spells during team fights. Invoker is an amazing initiator and a great fighter.

With 14 spells, he can harass almost any hero in Dota 2. With a proper idea of the invoked spells, the combination to summon the new ones have to be memorized. They have to be pressed in quick successions. This is the major reason behind Invoker being added to the most challenging list of Dota 2 heroes. 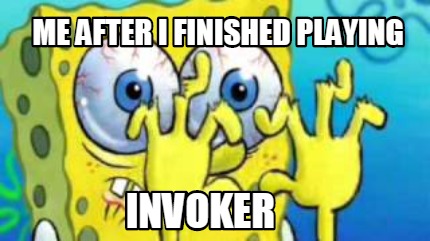 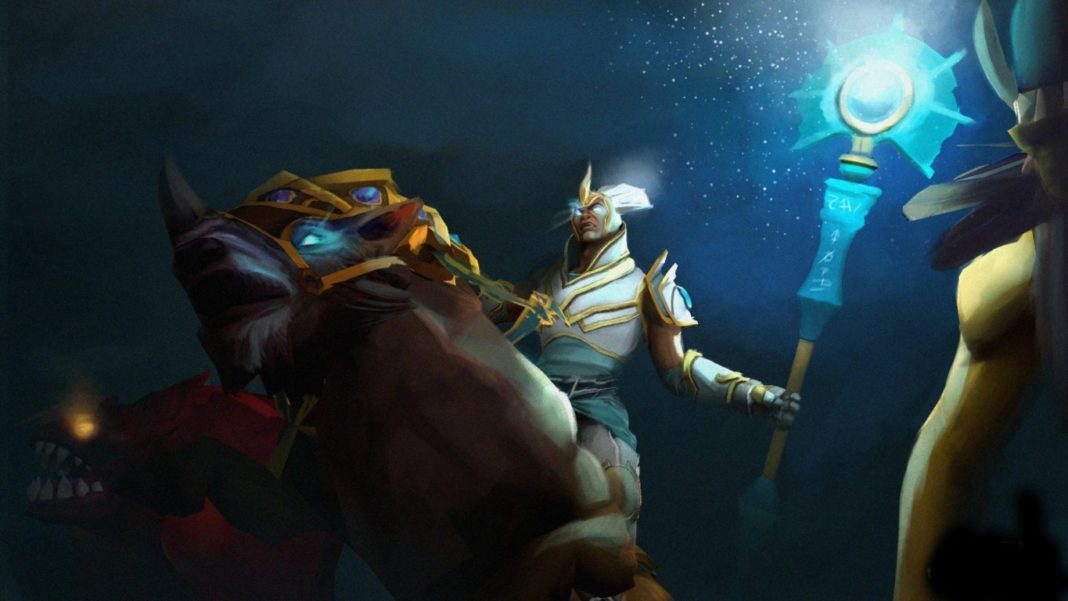 Chen is an intelligence support equipped with an ability to control creatures. This makes him pretty dangerous and powerful, if the player knows how to control those creatures. He spends most of his time in the jungles (that’s where the creatures come from). The reason he is tough to play is that each of those beasts have a use.

But for different things and that too at different times of the game, this makes him complicated to learn and play. He is also an easy target to kill due to his low health. Since he spends most of his time in the jungles, he has to know which creatures to control, how to stack and clear them. Don’t get spooked by the opposition though!

An observer ward placed in the jungle can be Chen’s biggest enemy. Even one needs to have a fair idea of Chen’s ultimate ability to heal all allies on the map. So, if you play support, he surely isn’t the one you would want to learn with. That patently makes him in our list of Dota 2 heroes you certainly don’t want to play with.

YOU MAY ALSO LIKE: Why You Shouldn’t Be Over-Hyped For Watch Dogs 2? 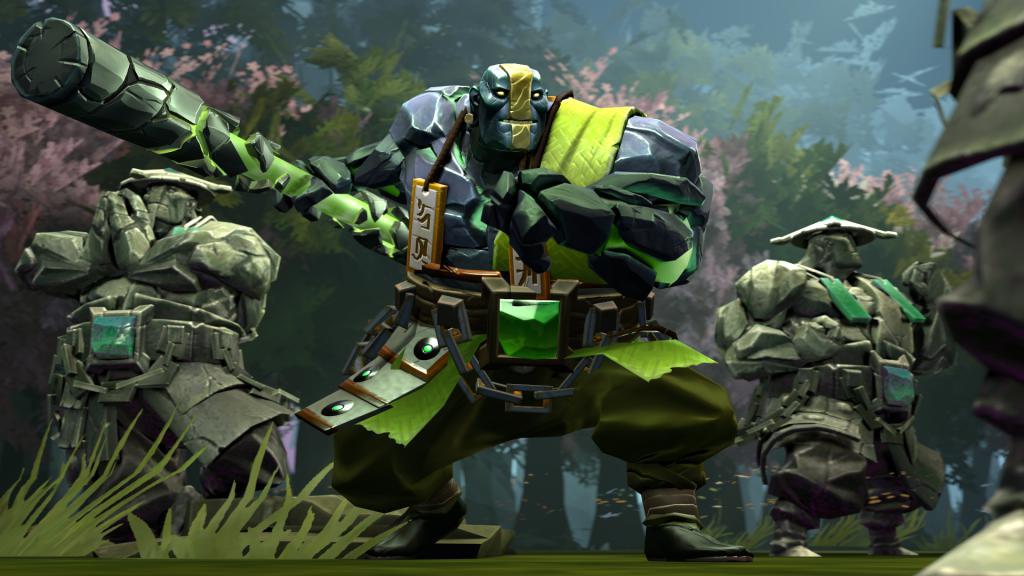 Earth Spirit is a strength carry and has a magnetizing aura and abilities to stun enemies. Placing stone remnants amplifies his abilities. Misplacing them would hamper the amplification of your abilities.

Sometimes when not pushed properly, the stone remnants tend to annoy other players instead of stunning them. This takes a lot of practice to know when and where to place your remnants. Placing them haphazardly could result in trapping Earth Spirit himself, making him an easy target to kill.

Certainly, Earth Spirit is one among the toughest characters to play with taken from our list of Dota 2 heroes. 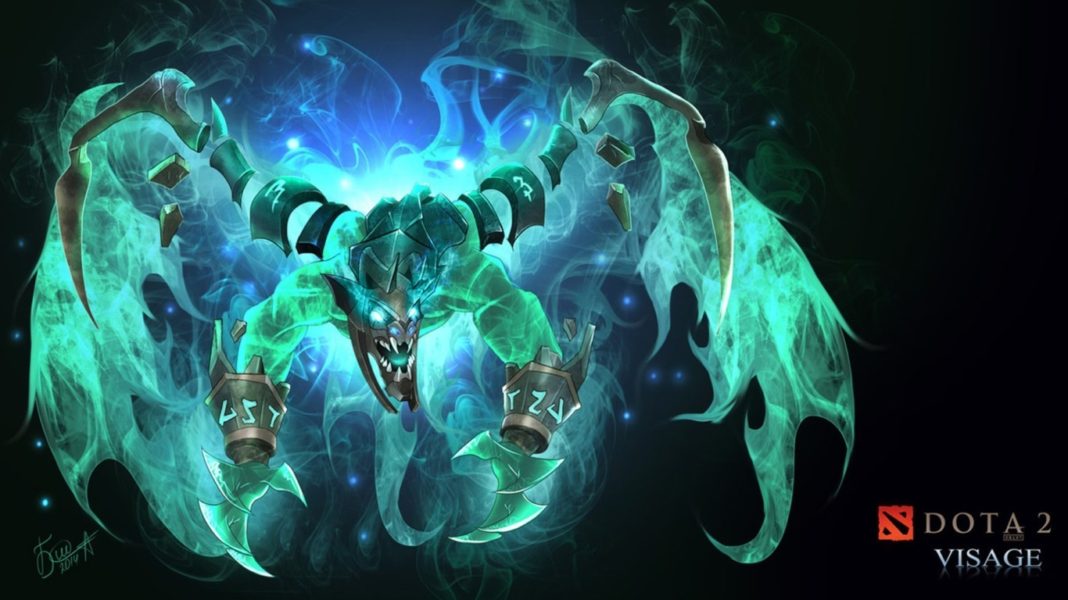 It’s easy to perform average playing as Visage, but mastering him is one of the most difficult challenges of Dota 2. You have to watch on the nukes and the perfect timing for them. If done late, it wastes mana and you might miss the opponent. If done early, mana is again wasted which takes time to cool-down. So, you would have to keep an eye on that.

Casting Visage’s debuff on the wrong opponent in a group fight would screw you heavily. You constantly have to pay attention to the armor stacks to know when to retreat and guess how durable you are. Using the gargoyles too offensively would result in dying.

Mastering the perfect stun so as to increase the damage done by the gargoyles in a team fight is very important. This is because there is a time gap between when you order them to stun and when they do so to the enemy. These all reasons make it to be a nominee in our list of Dota 2 heroes you don’t want to play with. 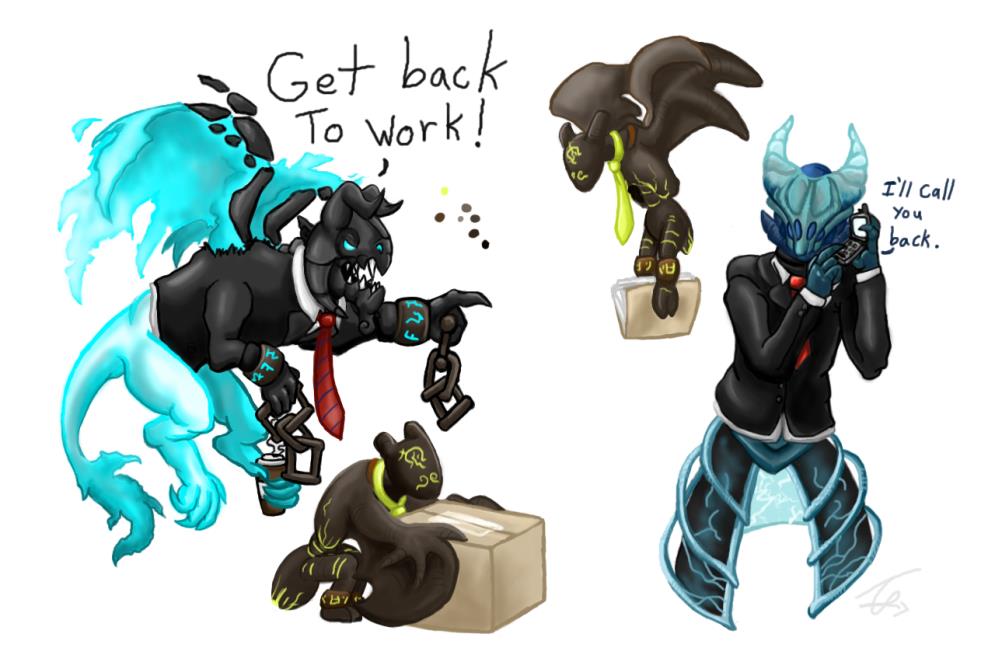 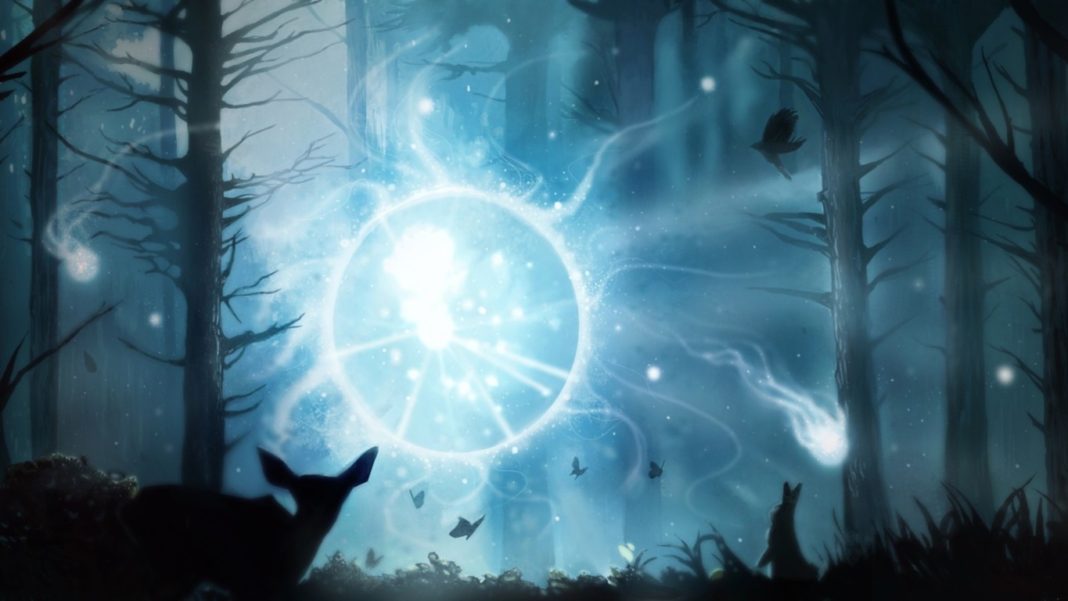 This celestial character lands itself in the number six of our list. Io, commonly referred to as the wisp, is a very strange hero with linking and teleportation abilities. It is a strength support hero, who on linking with allies gives them bonus restoration of health and mana.

In addition to that, the character can allocate bonus movement speed as well as teleport the fellow party members. Io is best utilized in a communicating team, not as solo, as it doesn’t mesh well with all other heroes.

Determining when to tether and relocate is important if you wish to utilize Io. It is the most hardcore support and can be a menace for opposition heroes. It can relocate as soon as they are about to kill it. Mastering all these would take time and hence isn’t suitable for playing if you are new to the game.

Many of you would disagree to the presence of this character on my list (like I said, I’m still a noob). The only ability to master using Pudge is the hook. A well placed hook and the rot make pudge deadly in early games.

Late game builds would involve blink dagger and items to block physical and magical damage with spell resistant. Mastering the hook takes a lot of practice and bot matches. One misplaced hook could give away your position to the enemy team, and that may prove to be fatal for you.

This makes Pudge to appear seventh on my list of Dota 2 heroes you don’t want to play with.

Next time do reconsider if you chose any one of these heroes. It may end up being like…. 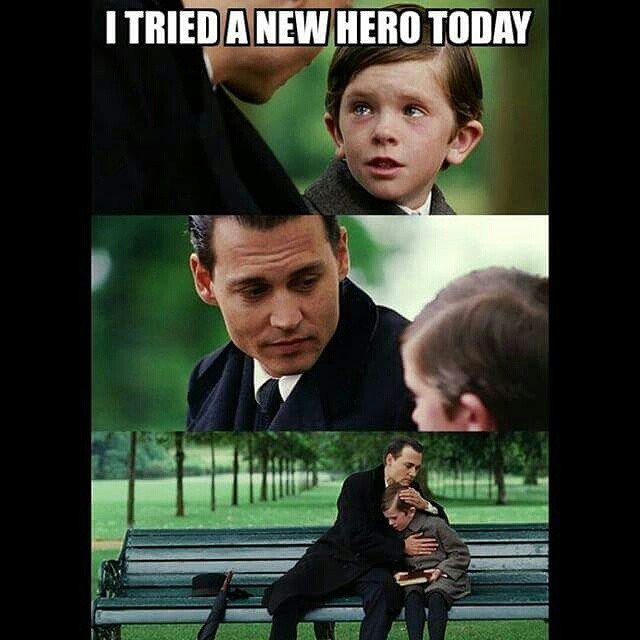 So, are you going to pick any of those characters? Or, you want to master them instead right from the start? We provide you with all the valuable knowledge you need as a beginner. Hope, you had a great time going through our list of Dota 2 heroes. If you have any queries then please share in the comments section below.