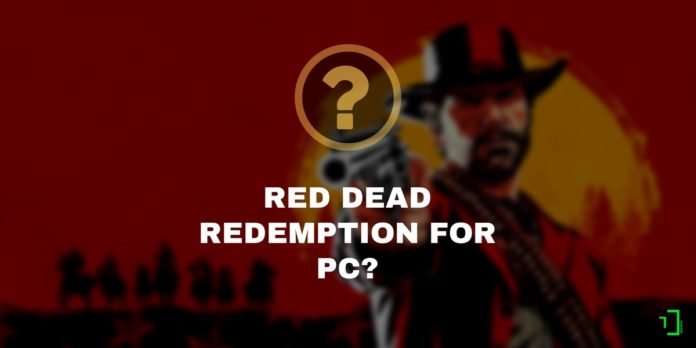 It’s quite obvious that we are all waiting for Red Dead Redemption 2 (on PC).

And, I wouldn’t be wrong – if most of the PC gamers are already quite sure that RDR 2 will be coming to PC, sooner or later.

Maybe or maybe not? Who knows?

But, on Twitter, a game developer (level designer) pointed at the source code of Rockstar Social Club where it mentioned “RDR2_PC_Accomplishments” (you can check it out here).

This could refer to the accomplishments for PC players (when it launches) or could be something different.

Maybe “PC” stands for something else?

If it is what we think it is – this is solid evidence that RDR 2 is heading for a PC launch soon enough.

And, if this were to be true, I just hope that it does not end up being an “Epic Exclusive”. Personally, I don’t prefer the Epic Game store (so it’s subjective).

What do you think? If this hints at a PC launch, should we expect RDR 2 on Steam? Or maybe a Rockstar Games Social Club exclusive?

Let us know your thoughts in the comments below, I’m curious what you think about it.