Hold your breath Windows fans!! Just recently a leaked image of HTC M8 featuring Windows 8.1  has gone viral in the public. Here’s how it looks like: 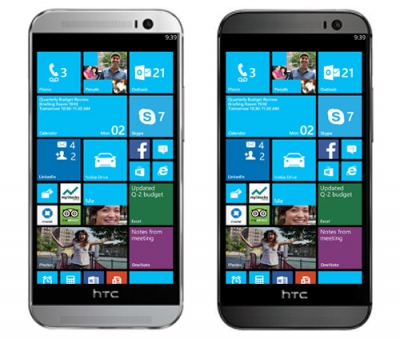 You may conclude that it has a sleek design which is almost similar to its Andy version.  According to Real Warder, a Systems Engineer- “The choice seems to be great. This phone will come with the latest Windows Phone OS which includes Cortana. Compared to Siri it’s ahead of the curve along with a bunch of other nice features. For instance Data Sense the other day told me I was getting near my monthly limit and started reducing network use to help save me going into overage charges.Some of you are stuck 5 years ago when iOS had the lead and have yet to see that better options exist.

We will get to know more about this phone on Aug. 19 as it will be officially revealed at a press event in New York.  Till then stay tuned!