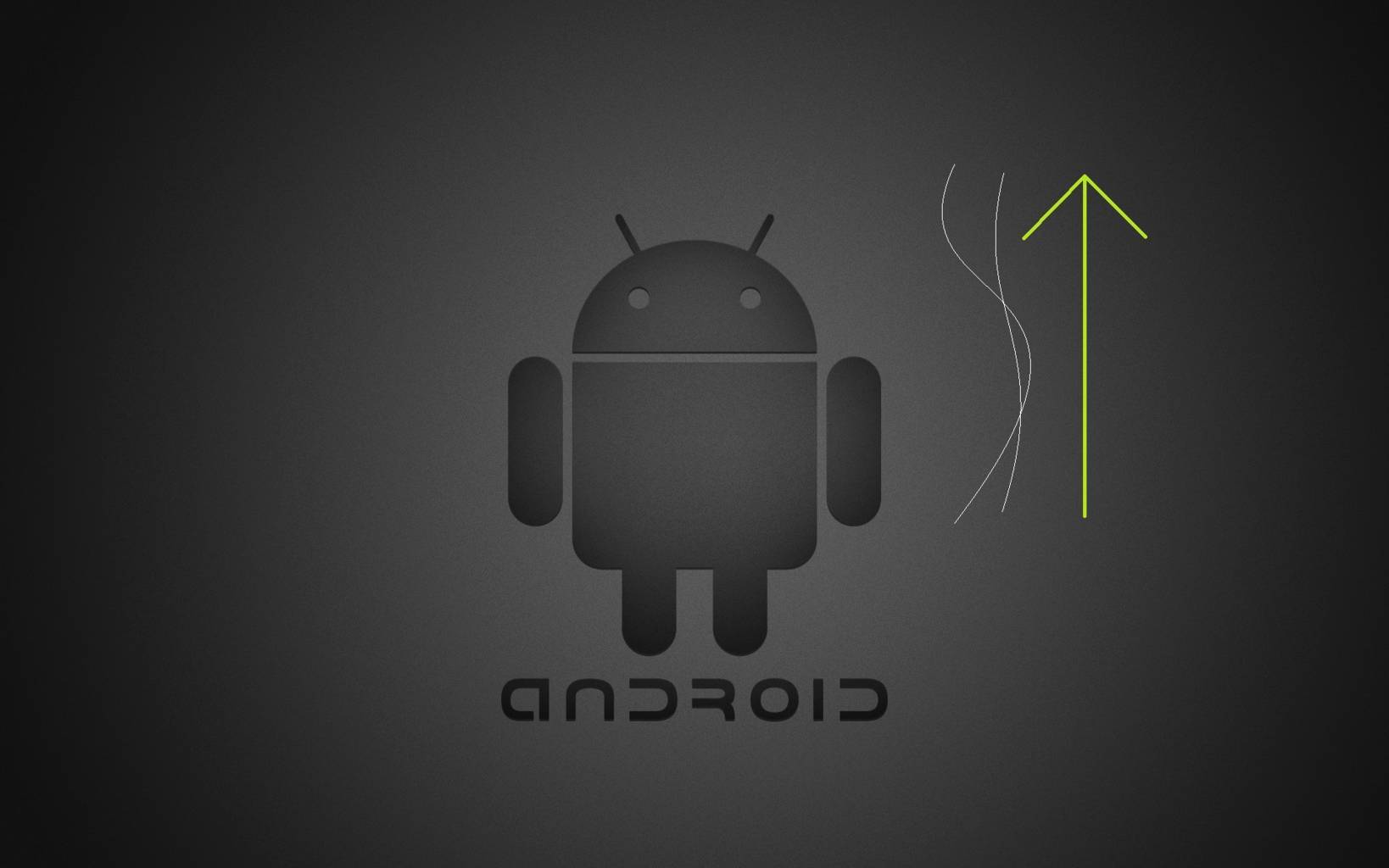 Hello readers, hope you are well. In this article you are going to find about the option which when enabled makes your Android Device faster than ever before, which will make you feel like running on Android Lollipop. But to enable that you need a bit of information to use it though. So here you will get to know the in-depth information about the whole thing which you may not be aware of, provided you are not an Android developer.

If I say you the direct option necessary then you will be like – ” what did just happen ? ?”. So, before moving to the steps you should really know about it or what it actually is.

Basically Run time refers to the time taken for an application to execute completely. Well, this definition is applicable all over the computer science field. In other words it can be said as the “program life cycle phase”, a more technical description.

This concept arrived from the programming languages ( coding language and commands used to make an application or software). To be more specific let me tell you a simple example to understand its importance. If you are trying to open an app on your Android device but it opens after a while, that literally means that the code used to make that app doesn’t contain the necessary thing to improve the run time. And on the other hand the performance of an app also depends on the environment in which the app should be compatible to let it work faster.

What Run time Environment Does Android use ? ?

Well, without diving more deeper for the core Java environment, there are basically two runtime methods used in Android OS.

First one is Dalvik and the second one(latest) is ART(Android Runtime).

Dalvik is the process Virtual Machine (VM) in Android, which just executes application meant to run on the Android OS. The programs made are written using Java language and compiled to bytecodes which makes the execution faster. Dalvik runtime is being used in the Android OS upto version 4.3 Jellybean. After which ART was introduced which is available for Android devices running on 4.4 KitKat or above. And ART entirely replaces Dalvik in Android 5.0 and for future versions to come up.

That’s the secret of the tasty Lollipop to run smooth as butter.

Android runtime (ART) is the managed runtime used by applications and some system services on Android. This stuff improves the performance of the applications by introducing breakthrough features in it.
In simple words the features can be written as follows :

That’s it these two features made the breakthrough in the application performances.

Well, now you are ready to use the option which can make your Android device faster enough for a visible difference.

Are you thinking of any geeky option which no one knows and we did the investigation ? ? No ! It’s a very simple option visible in your Android device.

2. Go through the Developers option. 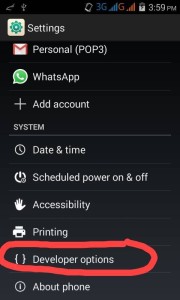 3. If you don’t find the Developers option in the settings menu then tap the Build Number from the About section of your device repeatedly for atleast 3-4 times and you will see a pop-up text indication that your developers option just went live.

4. Scroll till you find the “Select Runtime” option. 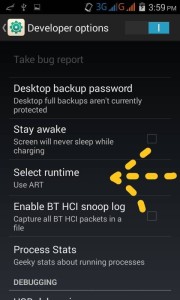 5. Tap on that option, you will get a pop-up menu to choose the desired runtime method.

6. Select on the “Use ART” option, which will immediately ask you to reboot your smartphone which is compulsory.

Now your smartphone will work as fast as any Android Lollipop Powered Device. Also the battery life will improve if it works 100% on your device. If you encounter with any app crashes or force stop which was not happening before then you should use the default runtime option, because it is the EXPERIMENTAL version of ART.

*Note : This option is only available for devices running on Android KitKat. Unfortunately, it was not found on the ASUS Zenfone 5. And the above procedure was tested on Micromax Unite 2 which was successful without any crashes.