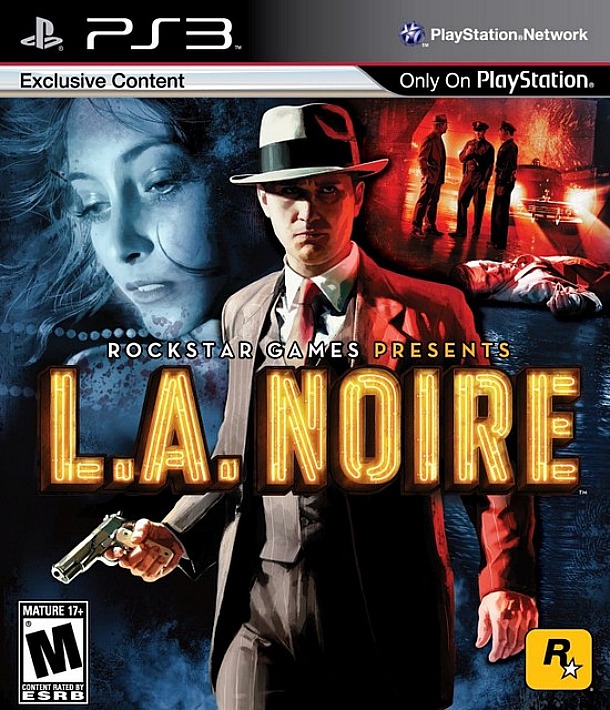 LA Noire is a detective game at core where the player has to solve cases; investigate crime scenes, interrogate suspects and convict criminals.

The game takes place in 1940’s Los Angeles. The player plays as Cole Phelps, an ex marine back from the war, trying to further serve his country by joining the Los Angeles police department. The player experiences Phelps’s journey as he closes cases, puts bad guys behind bars and rises among the ranks of the department going from a patrol cop to a homicide detective and then to many other branches of the police department. As the game nears the end the player also gets to assume the role of Jack Kelso, a friend of Cole Phelps when he was in the army.

The story follows Cole Phelps’s journey as he rises through the ranks of the LAPD by solving crimes and putting criminals behind bars. However, a dark secret from during his time in the army still haunts him. Will he ever be able to forget what he did?

LA Noire goes on like a daily detective serial; which fortunately is a good thing. The player, that is Cole Phelps, is handed one case after another while he has flashbacks of his backstory in between. So while you are solving crimes on a case-wise basis, the main story also progresses at a steady pace in the background. The pace of the story is calm and smooth.

The game captures the very essence of being a detective. You start at the very beginning; at the crime scene. You have to collect evidence, question witnesses and then move on with the investigation. The gameplay and the cases feel very realistic due to this. These cases are also very interesting as you get to experience life in different departments; patrol, traffic, homicide, vice and arson. All the cases have their own little stories which are for the gamers to find out.

The main storyline, which moves at a slow pace, delivers and although it isn’t fast paced, it is even paced throughout the game. As the game progresses, the player gets to know more and more about Cole Phelps’s past and also gets to know how his past hasn’t completely left him.

The voice acting is perfect and all the main characters are fairly well defined in their traits and personalities.

CLICHES!! Well, the game was published by Rockstar, it was bound to leave a scar. The game is set in a heavy ‘noire-themed’ Los Angeles but sometimes in it gets too much. There are moments where the dialogue feels over the top and a bit too filmy.

The game is a bit lengthy than necessary. Hence the cases feel routine and repetitive. And towards the end you start to feel the fatigue set in. Fortunately, the fatigue doesn’t last too long.

The character of Cole Phelps is too uptight. All rules and no play. Sometimes it is frustrating to play as him; a little bit of cockiness would have been greatly appreciated. Seriously mate, I mean there wasn’t even joke about the ridiculous hats people wore in that game.

The gameplay in this game is a mixture of intellect and action. It’s a rather risky recipe; so without any further ado, let’s see how the pie tastes like.

The concept of the game is great and is executed with perfection. You have got to get all the details right if you are gonna make an investigative game and Team Bondi made sure they did just that. The graphics are amazing and very detailed like they should be; it is a game about finding clues after all.

After finding the clues, you get to interrogate witnesses and suspects. Now this is where the game shines the most; the player has to read the suspect’s facial expressions to deduce whether he or she is telling the truth. What Team Bondi did here is nothing less than revolutionary; the facial expressions are so detailed, they feel very very very real. It’s like you are trying to read a real person ‘She just broke eye contact, is she lying?’ ‘If he is telling the truth, then why is he sweating so much?’ These are the thoughts that go through your mind while you are investigating someone in this game. If this system had gone wrong, the game would have been a disaster but fortunately, Team Bondi perfected the system. Not just perfected it but in fact, excelled at it. This is how the gameplay mechanic works; the player first has to question the person of interest and then decide whether to believe them, doubt them or accuse them of lying. If you choose to accuse them of lying then you will have to prove your accusation with a piece of evidence that you have found. Hence the investigation/clue finding and the interrogation go hand in hand. Thank you Team Bondi for making me a Sherlock. 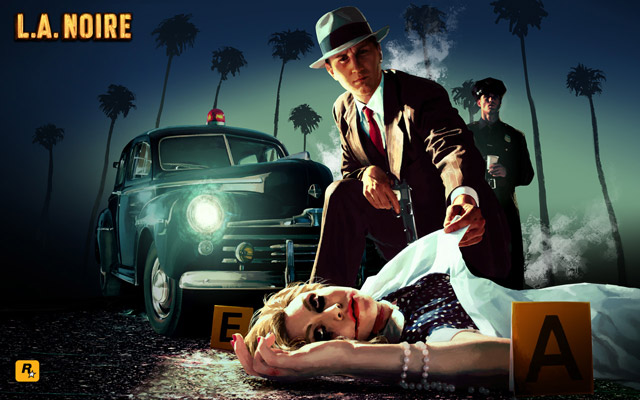 All that talk about digging around might have sounded a bit boring but there is more. The game has a ton of action sequences; you are a cop after all. The level design in this game deserves great applause. The game is filled with cinematic chases both on foot and in car, bar fights and gang shootouts. There is always a suspect that’s gonna try to escape and the city is filled with bad guys with guns. Another feature that adds to the fun is the free roam………… well kinda free roam. While you are solving cases, you can always attend to street crimes that are taking place in the city. There are 40 of these side missions and they vary depending on the department that you are in. You can also roam around the city finding collectibles like gold film reels or discovering beautiful locations. Cole Phelps always has a partner with him; a different partner in each department. Although, gameplay wise, they aren’t much of a help, they do make their presence known through some rather useful conversations and tips when needed.

One other great feature in this game is that the clue finding is merged with the music. That is, you hear a chime and feel a vibration in your controller whenever there is a clue around which is a cool option in case you are having difficulty finding all clues. This feature can be turned off by the player.

There are many interior locations which are very beautifully designed and the lightning effects in the game are amazing. 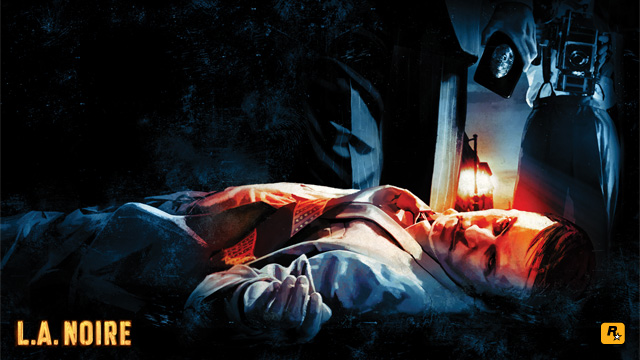 For a game that is about investigating, finding clues sometimes feels like a bother. Sometimes it becomes hard to find a clue so the player just ends up roaming around until his/her controller vibrates.

Accusing suspects is a bit tricky. Sometimes, it’s hard to prove your accusation because you know they are lying but you just don’t know which evidence is gonna prove that he/she is lying. The evidences sometimes are vague hence it’s not clear as to what exactly those evidences are pointing at. Hence the player just ends up using the trial and error method.

The game is restricted in terms of choices. As in, at the end of every case you have to convict someone. And sometimes you know that there is something more to the case than that but you aren’t given any choice. Hence the player feels forced to make the wrong choice as it’s the only option given to him. To add to that, the decisions made in a case will have no consequence in the future whatsoever, except on your rating. Convict the wrong guy and you’ll have a small cut scene with your boss yelling at you and a decreased rating; that’s all. So, it fails to make the player feel as if he/she did the wrong thing by putting an innocent person behind bars.

The graphics are absolutely gorgeous in this game. The surroundings are very well detailed and the city is filled with landmarks with amazing interiors to explore. All in all, one couldn’t have asked for more.