Tech Legends
Home Games A Browser Based Version of Throne: Kingdom at War Is Plarium’s Latest... 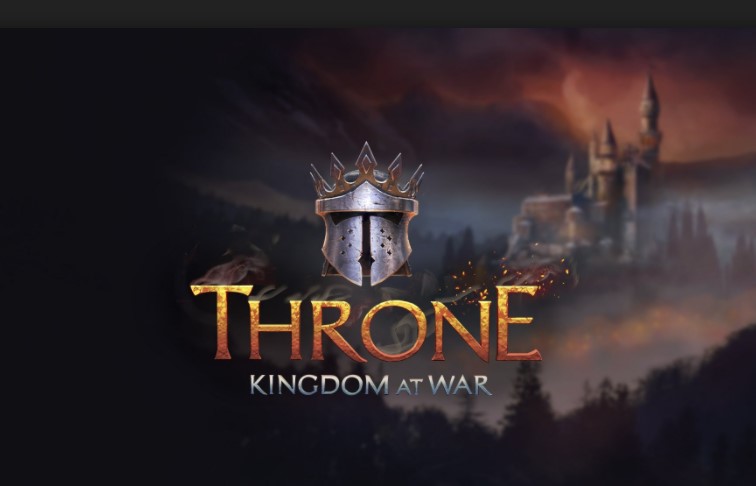 Israel-based MMO developer Plarium has quite a list of well-received strategy games, including Sparta: War of Empires, Stormfall: Age of War, and Soldiers Inc. to their name. The brand produces games for both mobile and browser platforms, and the newest edition to their roster is a browser based version of their mobile hit Throne: Kingdom at War.

Throne: Kingdom at War is a classic Plarium MMO where you develop your own custom kingdom (in this case, you play as a ruler), and can then interact with other players to further the interests of your own kingdom. This, of course, means you can ally with people, or make them your enemies and fight them.

One of the best things about Throne: Kingdom at War, which has been quite a success on both iOS and Android, is its well-made representation of a Medieval setting. Of course, Medieval settings have always been a popular thing for game developers to work with, and there is nothing in this game that really goes against that long tradition, but there is a real sense of quality in the product that sets it apart from other Medieval strategy MMOs. Where many MMOs can feel a little cheap, Plarium has put a lot of work and investment into this game, and it really shows in the polished look and feel.

The mark of a good game in this niche is the sense that you are coming up with a unique strategy that is all your own work, rather than simply choosing a cookie cutter approach from a set of a few strategies the developers had in mind. In Throne, you can put your focus where you want to in terms of using your resources to build a strong kingdom, and it doesn’t feel like there is a ‘right or wrong’ track when it comes to how you choose to engage with other kingdoms and players, either.

Some of the artwork, especially the designs of the ‘ruler’ characters players choose to play as, is quite beautiful and gives a sense of real artistic quality to the game. The characters are designed in a classical, rather than cartoonish or ‘anime’ style, which fits the Medieval theme nicely and doesn’t make them feel overly cute or whimsical.

Interface-wise, the game is easy to control and you won’t find yourself hunting through deep menus for what you want to do – everything is simple and intuitive. If you have experience with other Plarium games, managing your kingdom in Throne: Kingdom at War will feel like second nature, as they tend to be quite consistent in their logical design, but people who are new to their games or even to strategy MMOs should also find little to worry about when it comes to mastering how to play Throne.

Although at first glance, Kingdom at War may seem like your generic city-builder, it’s much more than that.  You’re not simply placing some buildings where you see fit and then left trying to defend yourself.  The aim is to literally take over the world, either through reputation or force. And, you’ll not only be placing buildings.  You’ll need to construct roads, build dams, cut down trees, bridge rivers etc. There’s definitely strategy involved if you want to be successful.

Unlike some city builder games, Tropico is one that comes to mind instantly, you’ll never run out of things to do either.  If you have enough buildings, you can start training your workers for combat or lead your army into battle.  There are tons of battle related elements to unlock, some of which will be better than others at defeating certain armies – again this is where the strategy comes in.

Is Throne: Kingdom at War Worth Playing?

Throne: Kingdom at War is a well-made game, which is likely to grow a strong player community if the success of the mobile version and Plarium’s other browser games are good indicators. It is a fantastic choice for fans of the genre as well as those who enjoy a Medieval world based games in general, with pleasant art and sound, a flexible and easy to use gameplay system, and plenty of free choices when it comes to the direction you want to take your kingdom in.

Throne: Kingdom at War for browsers is another example of Plarium following a game formula that others have tried, but doing it slightly better than their rivals.  It actually puts a lot of the other games on the app store to shame and is well worth downloading if you want to enjoy a strategic city building gaming session.