Tech Legends
Home Games What Are The PC Requirements For Assassin’s Creed Syndicate? 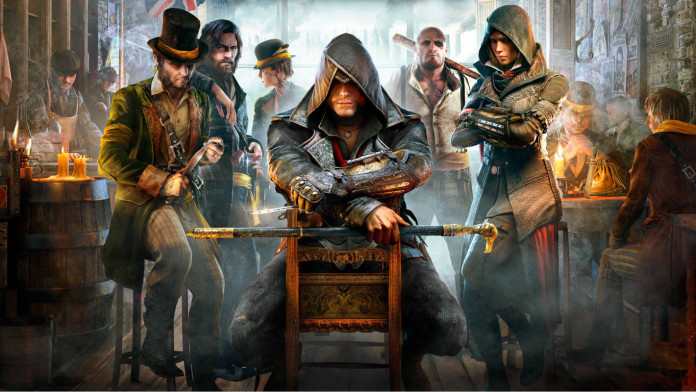 Assassins! How are you doing? Syndicate is only a month away and finally you will be able to run it on your PC. But we don’t have any idea about the official requirements yet. Ubi is yet to make an announcement regarding the PC requirements for the game which will probably happen a few days after the title’s PS4 and Xbox One release. Last year was hilarious as well as disappointing for most of the PC gamers when the specs for Unity were unveiled. We can have a recap of those requirements:

Why the hell Unity required so much resources? Because it was built on Anvil Engine, because the map was huge and Ubi focused especially on each and every minor detail to recreate a realistic-historical version of Paris. Yes, they could have optimized the game for low-end hardware as well but they didn’t have much time to do so, as developing the game itself was a difficult task, and optimizing it for PC meant like you have to code the game and benchmark it on various kinds of system. This process requires a huge amount of time and sounds difficult. You may refer the screenshots below to know why the game required decent hardware:

So, it’s evident that if you wanted to experience a visually enhanced Paris, you needed that level of hardware capable enough to match the requirements of the game. Well, this debate can go on and will probably never end if we discuss about optimization over here. I would rather like to share my personal experience that I witnessed while testing Unity on a low-end system. The rig basically comprised of GTX 660, 8 GB RAM and Core i5 3450 and to be frank I was able to play the game on medium settings without any issues @40-50 fps, though there were some crashes in the beginning which was later fixed…all thanks to a stable patch released by Ubi later. Here are some of the screenshots that I took on the system running the game:

So, basically from the above screenshots, we can conclude that the game was playable with decent visuals @GTX 660. But till now we have been discussing about Unity so far and our main focus should be Syndicate. The upcoming game in the AC franchise has been built on the same Anvil Engine and the visuals as well as animations are a lot similar when compared with Unity. In-fact, the map of Syndicate, which is based on London, is 30% bigger than Paris. So, probably you can also imagine that the game will demand some hardcore specifications! Please don’t pee on your pants after reading this. Let’s review some pre-release screenshots of Syndicate by Ubi:

But at the same time, considering the criticism Ubisoft had to face last year for Unity, maybe..maybe the requirements will be a tad lower for Syndicate. But still we cannot expect this, as anything might happen. Also, as far as we are concerned, Ubisoft has always been focusing on marketing and it’s business, rather than the customers, who come later. This is a harsh reality which you have to accept and probably you may have also experienced this many times. Still, they say that the future is unpredictable and for now, we can only make speculations.

So, based on the requirements and various benchmarks of Unity that we have seen last year, a card like GTX 750 Ti or GTX 660 along with a 3rd Gen Intel Core processor would be enough to run Syndicate on low settings. In other words, you will get to experience playable frame-rates with satisfactory visuals. In fact you have a better alternative to GTX 660. Powered by 960, the game will probably work like a charm and who knows? All thanks to this budget GPU, you may experience some pretty decent graphics. But still, for gamers those who are mainly concerned about graphics, we would recommend them to gear up their rig with a high-end GPU from 900 series of Nvidia cards like GTX 970 or 980 and a k-series Intel processor, if they want to test the game at ultra settings. So, start making plans for gearing up you rig as soon as possible! Till then enjoy assassinating!