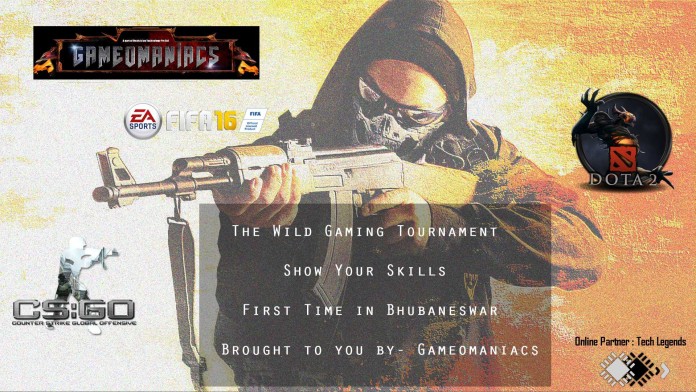 -“What? Pro-gaming in Odisha? Does that even exist? Is that gonna even happen?”

If you are a CS or Dota 2 fanatic residing in Odisha, these thoughts would have definitely come across your mind. To be frank, these days are soon gonna change as things are brewing up, all thanks to Gameomaniacs, the first gaming lounge ever in the state. Established in Bhubaneswar, Gameomaniacs will be hosting the first major pro-gaming event ever in the city. So, what is this event all about? Be patient, as we’re going to answer all your questions one by one.

What games are going to be featured in the event?

The most popular games in the pro-gaming arena like CS:GO, Dota 2 and FIFA 16. 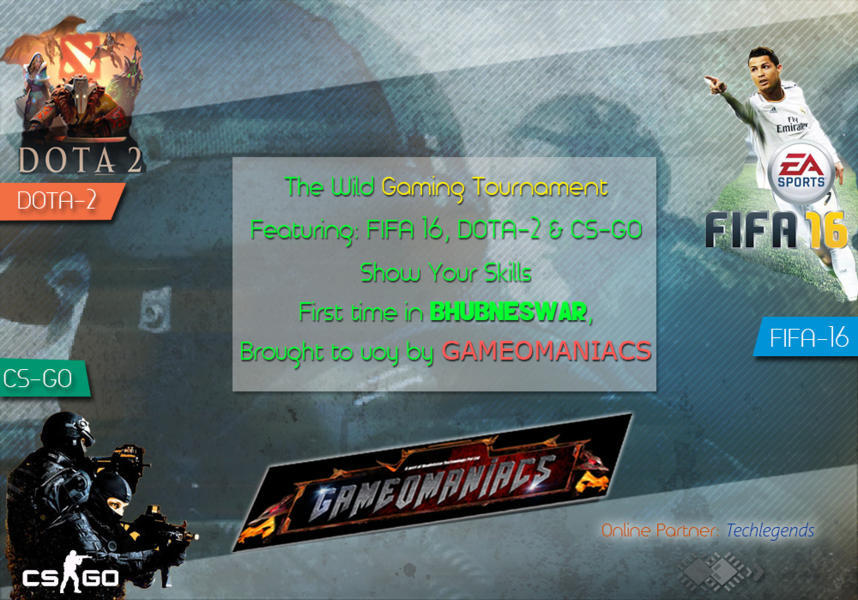 Where is the event happening?

The tournament will be organized at Gameomaniacs itself, located infront of Nimapara Sweets, Bapuji Nagar, Bhubaneswar.

How to register and by when?

All registrations will be done at the Gameomaniacs store only. You can refer the details below to know more about the registration rules for various games.

The format will remain the same for all the games. You may refer the image below which depicts an example of how the competitions will be organised on the basis of 12 teams.

Let’s say there are 12 teams. The winner will be decided on the basis of ‘Best of 3’ matches. In order words, a team will be declared victorious if and only if it has won more than a single time against it’s opponent. So out of 12, 6 teams will make it to the knockout stages. Those 6 teams will be split into two groups, say ‘A’ and ‘B’. Again, winners will be decided on the basis of ‘Best of 3’ matches. Thus, from each group, the top two teams will be selected after facing each and every opponent in their respective group. Those teams will face each other in the semi-finals. However, the teams from same group won’t be facing each other in the semi-final. Rather, the teams from the opposite groups will be having matches against each other respectively. After semi-finals, the finals will be organised and the ultimate winner will be decided. Only, the tournament winner and runners-up will be getting some exciting cash prizes and goodies.

So, it’s time to juice yourself up and face the ultimate challenge!