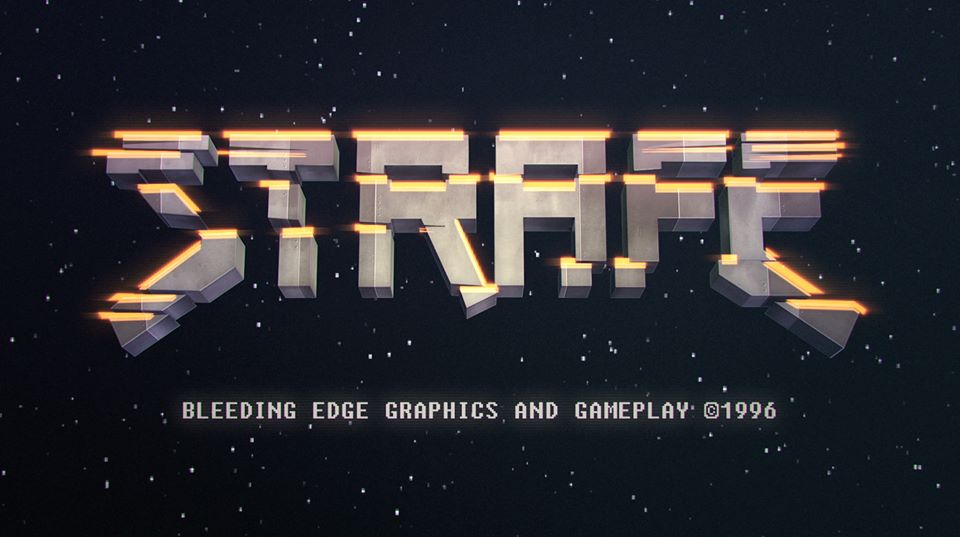 About three weeks back, I stumbled upon a game trailer that was dubbed by Polygon as ‘The best game trailer ever’. I watched it twice and concluded that Polygon was not exaggerating.

As I start off with most of gaming articles these days; 2014 was not a good year for gaming. The industry had too much on its plate. There were graphic downgrades, unfinished games, no-face glitches; and I am just talking about Ubisoft here. Publishers tried to push too far and gave us too little.

So one can’t help but wonder, is going forward always the best option? More maps, better graphics, realistic NPC’s, is that what games are all about? According to Mihaly Csikszentmihaliya (good luck pronouncing that), a psychologist, video games are about ‘flow’; a feeling of accomplishment and fulfilment while engaged in an activity. And the team behind STRAFE seems to have understood that very well. What is STRAFE, you ask? Well, lets find out!!!

YOU MAY ALSO LIKE: HERE IS WHY YOU SHOULD PLAY ALIEN: ISOLATION.

STRAFE is a first person shooter game, currently on kickstarter, which brings back the 90’s retro look. The game brings back the 90’s shooters with ‘modern twists’ as the facebook page of the game says. So basically it is Elvis Presley in 2015; with new songs and style of course.

If the trailer hasn’t impressed you already, I am pretty sure the gameplay footage below will. The devs behind STRAFE recently put out a pre alpha gameplay video. Not Alpha or Beta but pre Alpha and it still looks like great fun!

Apart from the blood and gore, you might have also noticed that the game has very good flow; from what we have seen, there is plenty of fast paced action going on. The game has simple yet fun mechanics; throwing a barrel, getting powerups, you know the usual. But what sets STRAFE aside are the small things; like the blood on the walls and ceilings always stay there. So once you have completed a level, you can always go back and take a look at all the gore you have spread. Or the merchant system where you can buy weapons which are actually delivered to you instead of some separate user interface. Or those computer screens you passed along the level which are actual simulated computers that are mining bit coin or calculating the value of pi. Yes, at the core STRAFE is a 90’s shooter in 2015 but there is a lot more to it than that.

The game is still in development and I bet there is a lot more good stuff to come. You can support their kickstarter here: https://www.kickstarter.com/projects/strafegame/strafe

I am very excited for STRAFE because I believe that the industry needs to go back to its basics and understand that video games aren’t about being grand and shiny, they are about fun. I am hoping that I won’t be disappointed.

Don’t forget to tell your friends about SRAFE. STRAFE, with the caps on. Rad.