SJCAM is a brand known for its camera products. It grabbed our attention with the new SJCAM SJ8 4K camera – that is yet to be released. According to our sources, we got solid confirmations on what the camera would contain – may be it’s just the information you were looking for.

Now 3 years after, SJCAM is no longer an unfamiliar brand. They launched a serious amount of cameras and became one of the leaders on the cheap sports camera market.Thanks to their new marketing and business model, they changed a lot of things. The company expanded quite a lot. What is more important they began launching new models monthly. Way bigger brands like GoPro, Sony or Garmin can’t keep up with this pace.

Recently, we wrote about the release of SJ-Dash, their first ever car camera. This August, we came across some very exciting news. SJCAM announced the release of two more cameras by the end of October 2017. SJ8 and SJ360+.

In this article, we’ll provide you with as much information on these two cameras as we were able to discover. Please understand that some of the info shared here, including the specs, the design, and the features are not final and are subject to change. With that in mind, let’s see which novelty SJCAM has to offer this time.

We begin with a model which everyone is excited about – the SJ8. The information on SJ8 appeared on the poshgadgets website. They were the first to leak the photos. Once again, this is all still unconfirmed information. We’re waiting for an official reply from our contacts at SJCAMHD.

SJ8 4K is a sports action camera which biggest feature is recording 4K videos at 60 FPS. Furthermore, it will allow EIS (Electronic Image Stabilization) in 4K @ 30 FPS. These features sound quite impressive. Only a few months ago, we did not have an action camera which supports EIS in 4K.

It is really amazing how quickly the sports camera market is progressing. YI 4K+ was a  first 4K/60fps action camera, but now we have the SJ8 and few others coming.

SJCAM SJ8 is a successor of SJ7 Star. It’s the first dual-screen action camera which will support 4K/60 FPS.  The front screen has 0.96″. It will most probably be an OLED screen which will show the most basic information about the camera. The back screen will probably be a live-view touch screen, which will allow users to navigate through the settings and change different modes and options. The first dual-screen model which company produced was the SJ6 Legend.

Another notable feature of the SJ8 is the external GPS support. One of their main competitors, GitUp also announced an external GPS camera called G3 DUO. Furthermore, SJ8 will apparently be powered by Ambarella H22 processor and have Sony IMX377 image sensor.

The specs table below is based on the information we gathered online. It is subject to change and we will update as the more information becomes available to the public. Take this info with a pinch of salt. 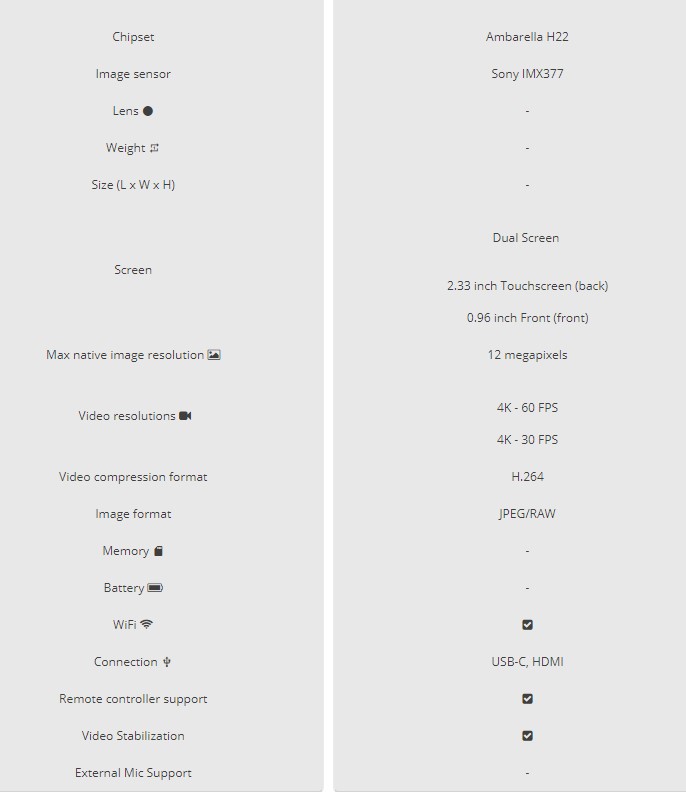 So far, the release date and the retail price for the SJ8 has not been announced. It’s been speculated that the official specification for the product will be released to the public in October 2017. With that in mind, we estimate that camera will be on the market in September. This is only our blind guess.

We will update this section when SJCAM officials give us the official information.

An updated version of their first ever 360° cameras is called SJ360+. We reviewed its predecessor SJ360, and it proved to be a good concept with a rushed release since there were some software problems.

Even though similar in name, the two models have nothing in common. Aesthetically, they are completely different. The new SJ360+ has a rectangular shape opposed to spherical which SJ360 had. Plus version features two lenses on both front and the back. Its shape allows users to easily hold it in hand. 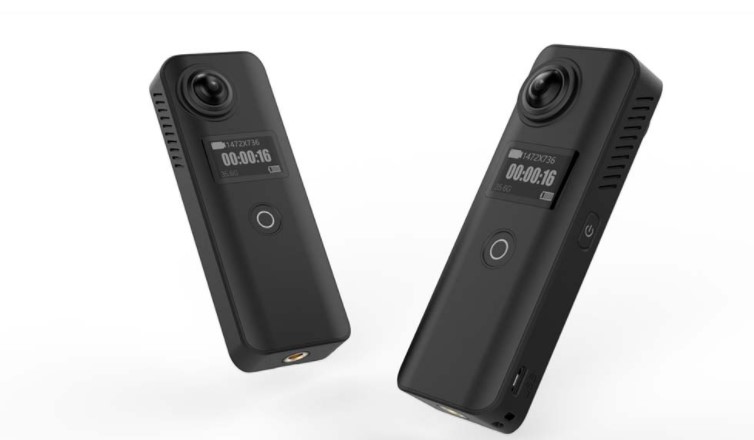 The camera has a 0.96″ screen on the front. It supports built in WiFi within 10m of range. This means you’ll be able to control the camera remotely, via your smartphone. In order to operate the camera via the WiFi, you’ll have to have a new app installed – SjCamPano. The app is already available for Android and iOS.

SJ360+ is powered by 1700 mAh battery and can record 360° videos in full HD, 1080p. According to the manufacturer, the SJ360 camera supports 360° uploads to Facebook and YouTube. There’s no info on an image sensor, but the camera will use SJCAM A7S chipset. 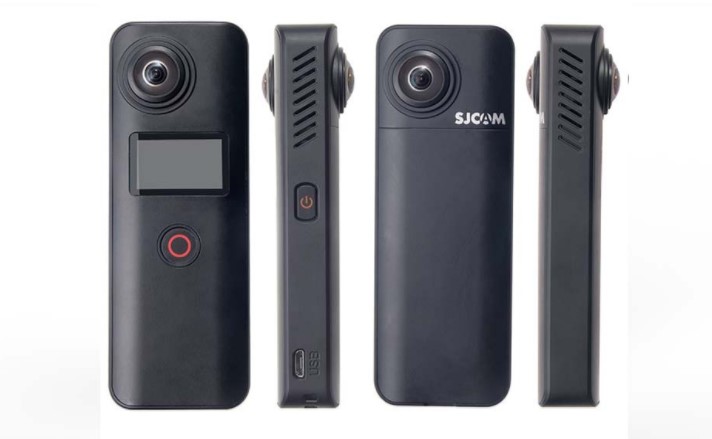 Even though the two videos above appeared on YouTube two months, ago there’s still not much info on the camera, which probably means the manufacturer is tweaking it up, so the final output may be improved.

The release date and the pricing for the SJ360+ are yet unknown.

Some may say that launching a way to many models is not always a smart move. It can be a double-edged sword. We covered some of their cameras which proved to be rushed out to the market (SJ7 and SJ360 are just one of a few).

On the other hand, this allows them to progress quickly. We really liked the new SJ6 Legend Air. The company has been launching improved new cameras almost monthly.

What do you think about these two cameras? Which one would you prefer to have? Have more information to share with us? Leave a comment below, we’re eagerly waiting to hear from you.