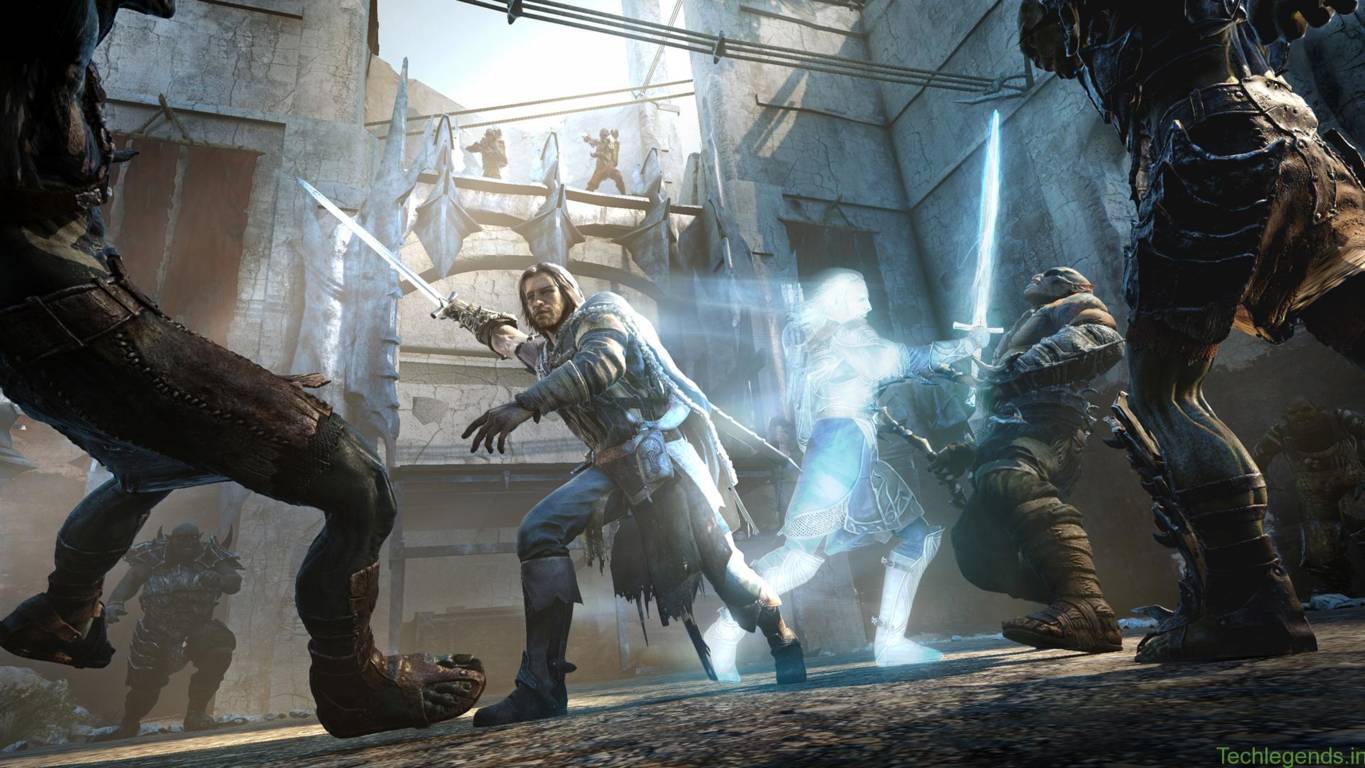 Celebrimbor- “You have been banished from death, cast adrift between the worlds of light and dark.” Once in a decade, you get a game that delivers a brilliant story along with a solid gameplay. And this is not just any ordinary story rather let’s say this is a story to which your heart gets attached to. Middle Earth: Shadow of Mordor is exactly that kind of game we are talking about. Based on the universe of The Hobbit as well as LOTR, this game is one among the best action role-playing games made so far.

The story is mainly centered on Talion, a ranger of Gondor who has been strongly fulfilling his duty of guarding the Black Gate of Mordor. Unfortunately, the invasion of Sauron’s armies leads to some tragic events in which his family members get killed. But Talion becomes the only survivor in this mishap as he is punished with something far more worse than death. As he revives, he is joined by Celebrimbor (also a playable character, later revealed to be the greatest smith of the Second age) where the main story begins. If you refer the above two dialogues mentioned in the beginning of this article, you will get to know the theme of the story. I would not like to spill the fun by revealing more about the plot. But if you are really interested then either buy this game or get Sherlock to deduce the events of the storyline 😆

Talion has two sets of skills namely,’ Ranger’ and ‘Wraith’, both of which can be upgraded as you gain xp. His ranger skills solely describe his human abilities like combat finishers, stealth knockdowns, etc. whereas, the possession of wraith due to Celebrimbor, mainly focuses on super-natural Elven skills like archery, deadly blows and strikes, brainwashing enemies, etc. As you proceed further in the story, you will keep on encountering Gollum due to which you will discover facts about Celebrimbor and gradually you will be able to unlock some of your wraith abilities.

The combat system that has been directly inspired from Batman series of games will completely keep you engaged. You can use wraith to stun enemies and finish them using multiple split-second blows in quick succession or wait for some time to directly make a finishing blow using your entire wraith. When your health bar gets completely empty then Talion can easily revive, if you make a well-timed finishing move to strike your opponent. You can also brainwash enemies to bend them to your own will. They can be used to gather intel or assassinate captains and warchiefs. This is an awesome skill which you will really like. And yes, I also forgot to mention the wall climbing feature inspired from Assassin’s Creed which makes this game an interesting combination of incredible gameplay mechanics. In other words, just buy one and you get three. Using wraith vision you can see through walls, identify the location of your target and some objects.

The quests have been divided into three categories: i) Storyline Quests ii) Liberation Quests iii) Power quests. The second and third category of missions mainly focus on rescuing the humans who have been enslaved by Uruks, eliminating captains and warchiefs and lastly weakening Sauron’s armies. There are also many side-missions available which you can complete to gain extra xp to further upgrade your abilities. Eliminating captains and warchiefs is not a simple task. You will have to strongly rely on stealth to storm their base, gather intel to learn their weaknesses, so that you can exploit them, use tactics and also you need to upgrade your combat skills gradually (Otherwise, you won’t be able to survive against waves of enemies while facing a captain or any warchief). You can shoot at bee-hives to create distractions, release caragors (deadly wild beasts) from their pens, poison Uruk drinking vessels (so that, when the Uruks drink from them, they become mad and start to fight amongst themselves) or shoot at oil barrels to create explosions. You have to make use of all these strategies in game to complete these kind of missions. It’s a bit complicated but I ensure that you will have fun doing so. The Nemesis AI system lives upto its expectations. For experimental purposes, I went on a mission to take down a captain who had a fear of caragors. So, I released a caragor from its pen and as predicted, the Captain became ravaged with terror and started retreating and finally escaped. Knowingly, I did not kill him but the next time when I encountered him, he recalled his last experience and the same trick did not work on him.

The only thing that I did not like is the fact that whenever you kill someone during a mission, after some time they regenerate in most of the cases. I once remember killing an archer but when I was away from where he was located, I still saw him standing over there. But the rest is fine. The game is so good that you may also neglect this limitation that I have mentioned. 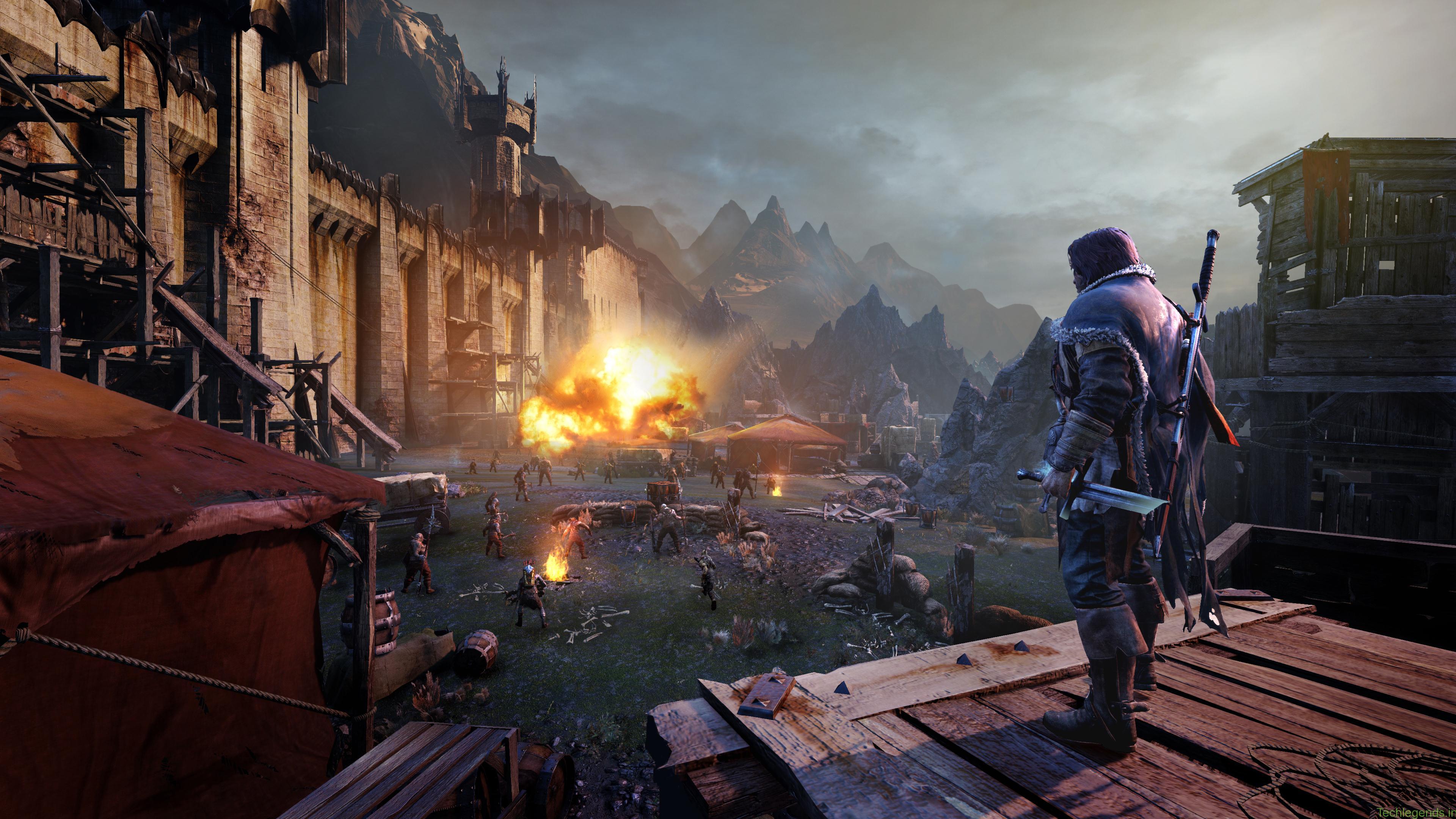 This is a must-buy game not only for LOTR fans but also for all the gamers as they will get highly entertained from the game’s story, stealth and combat mechanics. The Nemesis AI is a unique approach implemented in this game that exhibits a good result as well as performance. The graphics is also decent and has been finely detailed. Hats off to Monolith Productions to develop such a masterpiece game! Middle Earth: Shadow of Mordor marks the era of a new franchise in making from which we have lots of expectation.