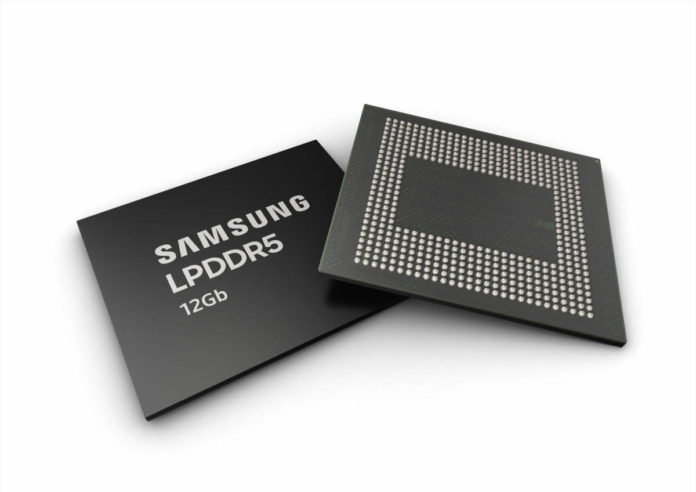 Rumored to be included in the upcoming Note 10 smartphone, it is the first 12 Gb mobile DRAM in the mobile Industry. It has been specifically optimized for enabling 5G and AI features on premium smartphones.

Now that these 12 Gigabit chips are in mass production – 12 GB packages should be just around the corner.

“With mass production of the 12Gb LPDDR5 built on Samsung’s latest second-generation 10-nanometer (nm) class process, we are thrilled to be supporting the timely launch of 5G flagship smartphones for our customers worldwide,”

Samsung also explained about the technical advantages of this chip while mentioning that it will also consume less power (hence – better battery life):

At a data rate of 5,500 megabits per second (Mb/s), the 12Gb LPDDR5 is approximately 1.3 times faster than previous mobile memory (LPDDR4X, 4266Mb/s) that is found in today’s high-end smartphones. When made into a 12GB package, the LPDDR5 is able to transfer 44GB of data, or about 12 full-HD (3.7GB-sized) movies, in only a second. The new chip also uses up to 30 percent less power than its predecessor by integrating a new circuit design with enhanced clocking, training and low-power feature that ensures stable performance even when operating at a blazingly fast speed.

This means that with the new memory chips, we should expect significant performance improvements in future smartphones (compared to the ones which still uses the old standard of memory chips).

Hopefully, Note 10 utilizes this tech – though we have no confirmation on that.