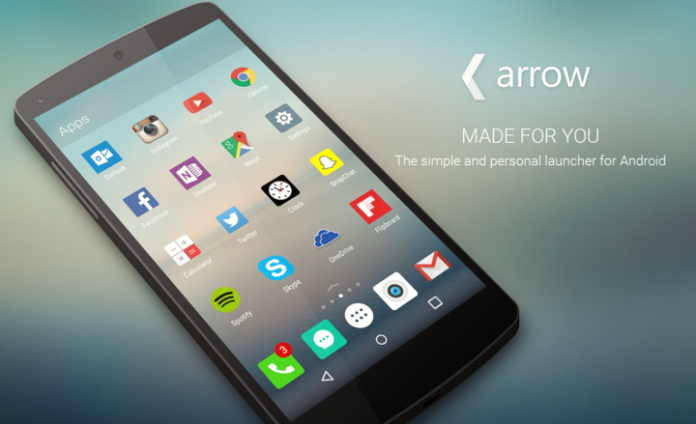 Well, every Android user has a weakness towards launchers – “I love this!” – “I love that!” – “Both are awesome!” and a lot more of those mixed feelings can be observed for Android launchers. So, we’ve got a lot of launchers available at the Play Store which meets various requirements of the users.

Are you guys excited for something unique (new) and interesting? Here comes the all new Arrow launcher for Android by Microsoft (Just went live on Play Store). And, we’ve decided to come up with a review to make things clear to you just before you decide whether to install it or not. 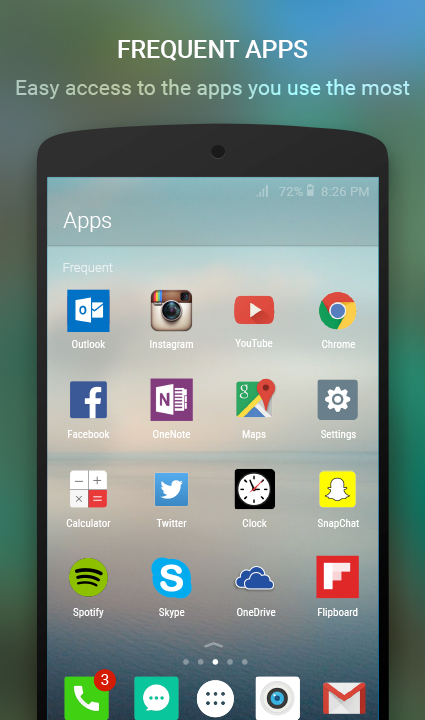 – Apps: No more waste of time finding the app you need – your apps are automatically arranged based on your usage

– People: Easily find and contact the people who matter the most to you

– Reminders: Never forget to pick up milk or call your spouse with integrated reminders

– Recent: Quickly get back to your recent photos, file downloads, app installs, and even dropped calls

Well, not everyone cares to mention it. But, it really matters a lot. The more the initial app size, the more (most probably) would be the memory space taken by the launcher after installation.

In this case, the Arrow launcher is just of 4.3 MB size. So, it’s nothing to worry about. And, after installation it takes around 10-20 MB memory space.

After installing the app, it detects the most used apps and organizes them itself. And, then it asks to select at least 5 most used apps according to you from the list. So, this will be the first and the only step to get started.

The first thing a user expects (mostly nowadays) would be a material design. However, this launcher doesn’t exactly come with a material UI, but in a way it approaches the concept in the transition effect while moving across multiple home screens.

Now, to drill down the whole user interface, we would say that the launcher has a smooth, sleek and fluid approach on the design to impress its users. It comes with the support to customize the launcher using custom icon packs. So, the UI experience may differ accordingly. Using a good icon pack could really make a difference (make it even more awesome to look than the default or worse).

The bottom line would be – “User Interface is great!”.

There’s not much to be talked about the customizability. But, it gives necessary and needed customization support to enhance the experience on your device. It comes with the support to customize the launcher with icon packs. 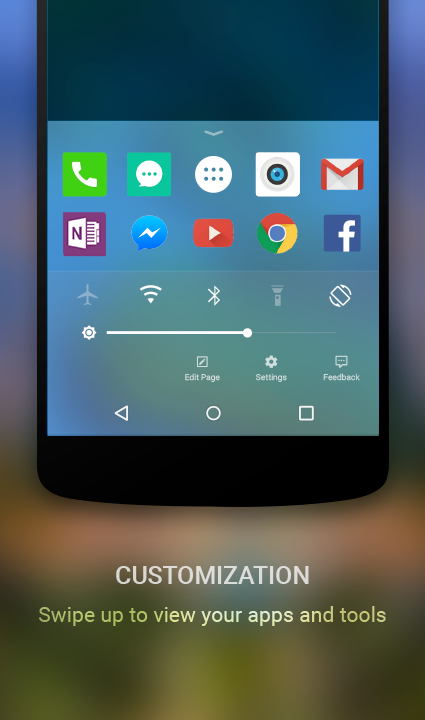 Apart from this, it comes with the basic wallpaper customization along with Bing wallpaper of the day service. If enabled, the wallpaper changes daily. Not sure, that you would like Bing wallpapers, but you can give it a try!

We look forward to some more customization options in the near future. It’s just the beginning as the Founder mentions in a press release of the launch –

This is just the beginning of Arrow’s journey – we are far from done. We plan to add a number of new features in the coming weeks and we’re really excited to hear your feedback and ideas.

As far as we’ve used the launcher, we didn’t encounter any type of glitches or bugs. However, the performance and bugs may vary depending on your device (Android version, device specifications – unless it’s an old/outdated device).

Overall, the performance was smooth, with no crashes encountered. The transition between multiple screens is pretty fast. And, when we returned to the launcher while playing a game, there was no visible performance impact on the launcher. 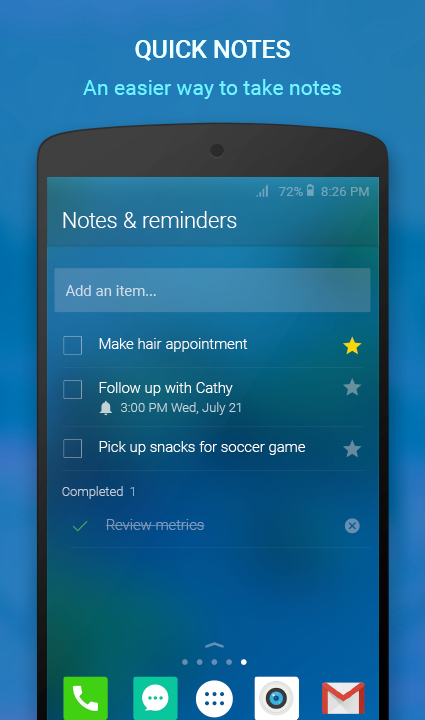 The launcher comes with a unique approach of organizing things into separate home screens which are easy and quick to switch. People, Apps, Recent, and Notes & Reminder pages are the perfect match for any user to enhance the productivity.

The launcher also supports “Hide App” feature for the Apps screen to compliment users privacy. Also, the launcher supports “Page Hiding” feature. If you don’t want a page on your home screen or simply want to hide it temporarily then you’ve to tap on the area where “Apps” or “Recent” text is present. It comes with a separate screen for Widgets. And, also a handy screen for writing/saving notes and reminders.

However, we’re waiting for the integration of Cortana with the launcher. But, that’s still a general expectation, there’s no news officially that it would add support for Cortana in the near future..

So, it’s time for the final verdict and rating!

The launcher seems to be impressive by introducing something new to the Android community. It is definitely useful unless a user wants a different level of customization options. It’s fast, fluid, responsive and yet simple in its approach. However, it’s just the start.