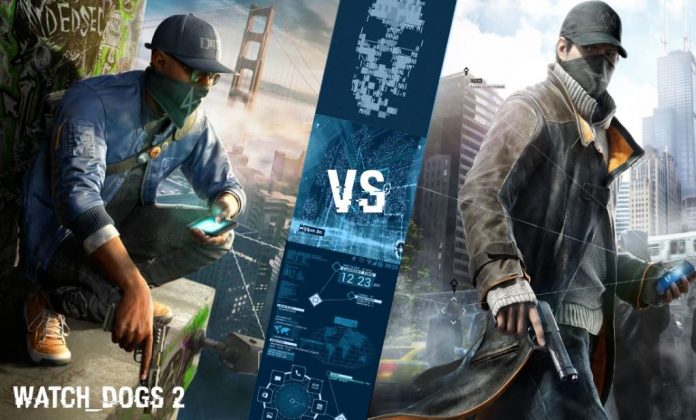 Hi there gamers! Sorry for all the issues you had to go through with Watch Dogs but you got to admit that it was an interesting concept initially though. But still, some of us are a bit excited for the sequel while most are being rather patient and calculative even though after watching the awesome trailer of WD 2 and its protagonist, Marcus Holloway. To be frank, we respect the utmost patience as well as the decision you’ve made. 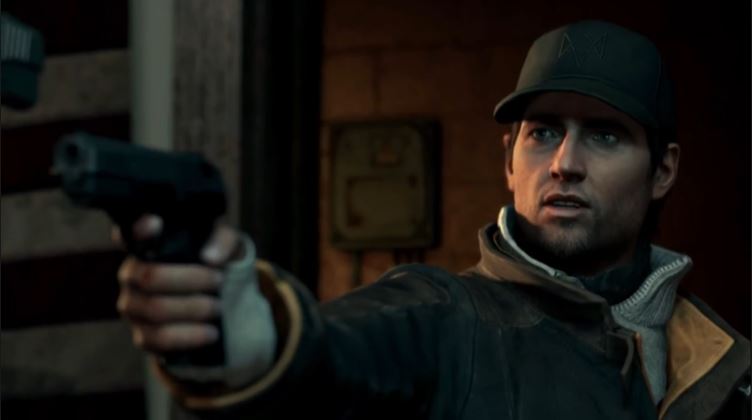 So, cutting to the chase, you all are well aware that a protagonist plays a huge role in defining especially the storyline of a game. Well, we always need a cool guy to play with whom we can be in complete sync. Do you think Aiden Pearce was that person? Do you believe that Ubi needed to put up another character instead of him? Was he partly responsible for the negative criticism of Watch_Dogs?

We won’t answer those for you but one thing we can definitely assure that the new guy, Marcus Holloway, is far more cooler and a better character as compared to Aiden. Why? We have enlisted all the factors that might help you realize who is better. 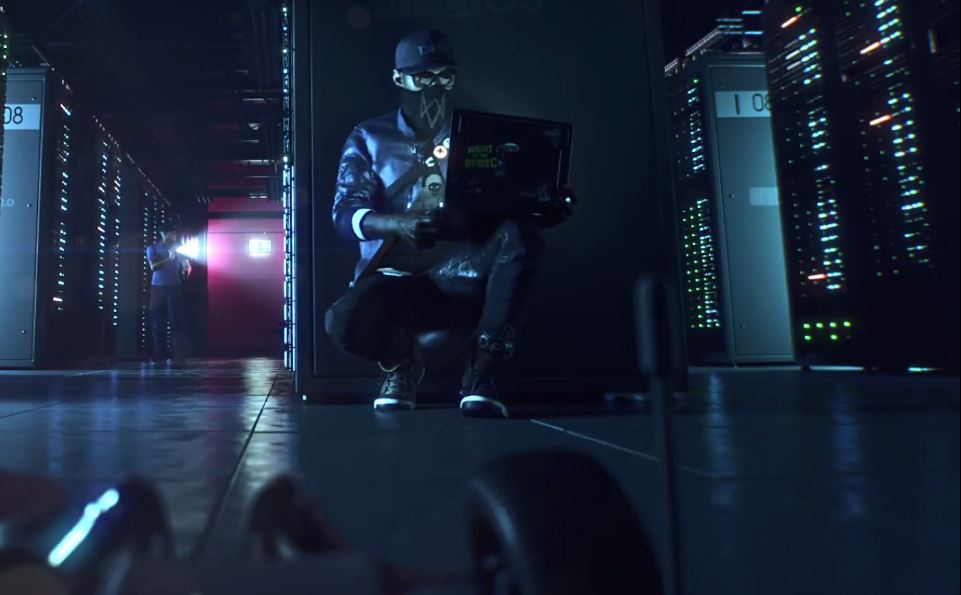 First of all try to picture this: Is Aiden Pearce a hacker or a vigilante? If you put some thinking to it, then you can surely say that Aiden’s more like a vigilante. His look and attire never resembled that of a hacker. In simple words, Aiden is a replica of John Reese from Person of Interest. Yeah, that’s also cool in a certain way. But if we take a look at Marcus Holloway, he has this nerdy look as well as a personality that not only indicates that he’s a cool hacker but also a friendly guy. 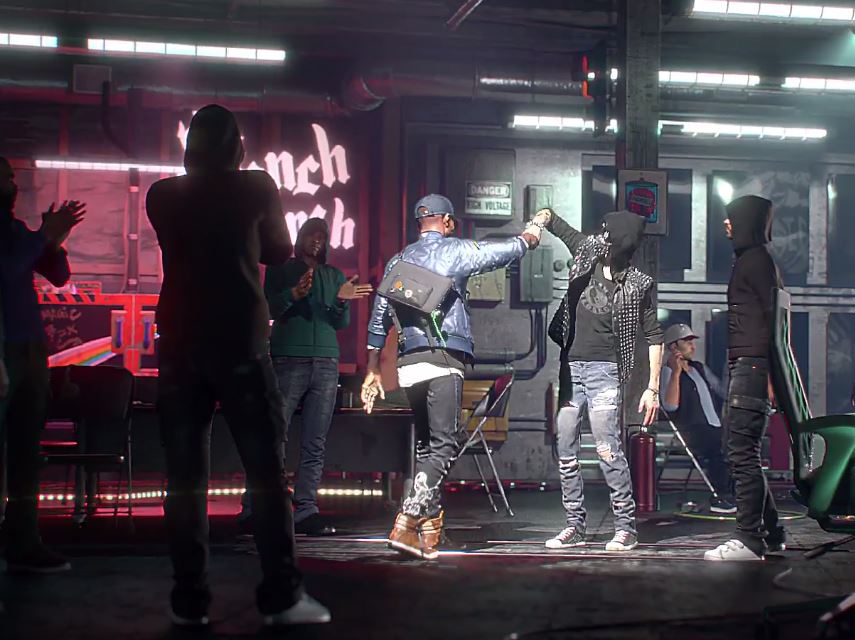 Aiden prefers to be more covert and doesn’t interact much with general people. He rather has this serious look always. On the other hand, Marcus wants to reach out to more people, be more social and spread the importance of DedSec in a digitally ruled San Francisco. In fact he looks so funky that you would approach him for a friend request which he would gladly accept. But the same thing can’t be assured about Aiden.

YOU MAY ALSO LIKE: Best Soccer Games For Android

And people say never judge a book by its cover. Hey there people! The rule doesn’t apply here. We need a book that has a good cover too. Because that’s the most important thing that reflects the aura and personality of a character. Aiden’s signature clothing highlights his jacket, mask and hat. That’s it. So, does Marcus take his dressing sense seriously? Yes, because he has to and that’s what defines him.  The round shaped nerdy specs, white shirt wrapped up by an exclusive Dedsec sweater, the DedSec Hat, classy boots and last but not the least, his blue-colored jacket, complete him. Oh! How can we forget the backpack where he keeps his handy tools! And those earphones really look cool on him when he dances along with the music he listens to. 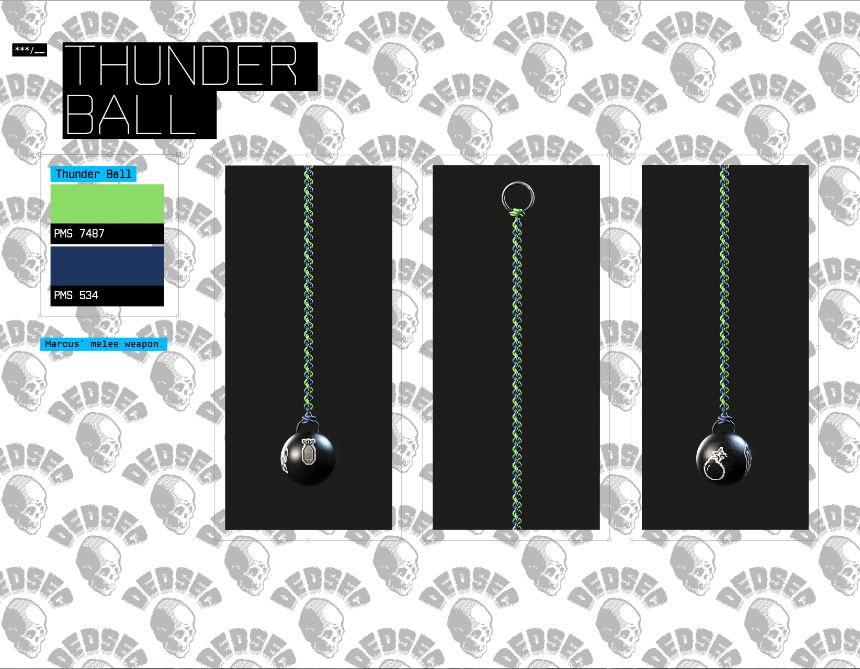 I hope you remember the melee tool used by Aiden. The foldable hunter-stick was definitely very effective and dangerous. And the way the vigilante used it to beat up his targets looked like a killer. But you’ve got to admit that Marcus’s Thunder Ball is far more flexible, innovative and dangerous. You can even perform better finishing moves with it. Well, that dude created this concept himself by gathering some data from the internet. 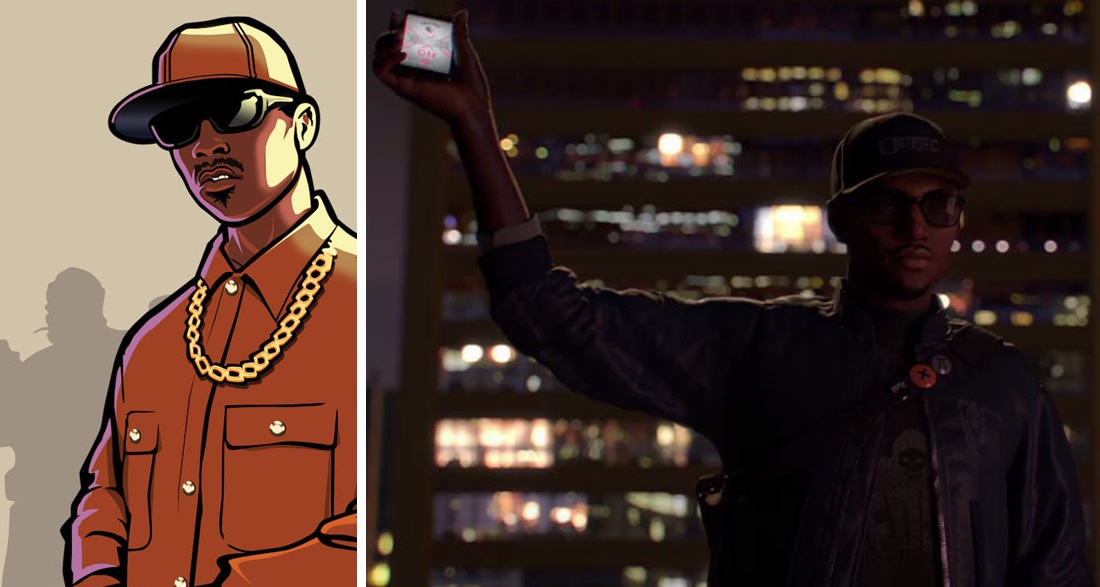 Who can forget the legendary GTA protagonist CJ? He was a true leader who mapped Grove Street on the globe. So, how’s he related to Marcus Holloway? Give a closer look, and you might find a lot of similarities between the two characters. CJ would be always ready to sacrifice anything for his Grove Street homies. Well, the same goes for Marcus too, a person who would do anything for his DedSec members and that’s how his comrades follow and respect him. This may be a bit funny but how many followers did Aiden have? Even if he helped a lot of people, did anyone follow him? My dear gaming friends, I leave those questions to you. So, now you can probably imagine how closely Marcus resembles the legendary CJ. However, the only difference is the new WD protagonist is rather an upgraded version of Carl Johnson.

So, are you pleased with all these factors we discussed about Marcus Holloway? Or, do you have more points for us? If so, then please be happy to inform us.