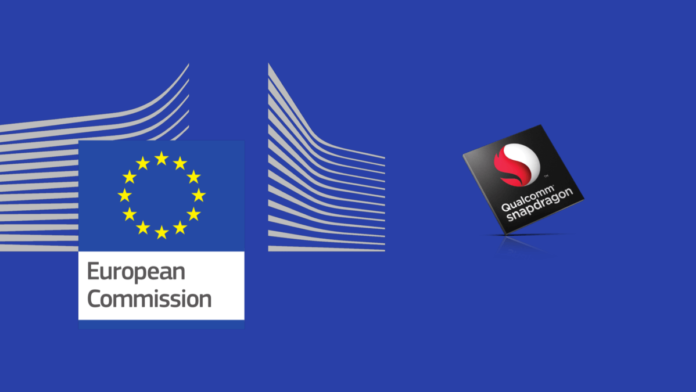 Qualcomm, which is currently the dominant US chip maker for smartphones across the world has be slammed with a 242 million Euro fine for abusing its market dominance in 3G baseband chipset.

As per the investigation by the commission, Qualcomm sold below cost, with the aim of forcing its competitor Icera out of the market.

In the press release, Commissioner Margrethe Vestager, in charge of competition policy, said:

“Baseband chipsets are key components so mobile devices can connect to the Internet. Qualcomm sold these products at a price below cost to key customers with the intention of eliminating a competitor. Qualcomm’s strategic prevented competition and innovation in this market and limited the choice available to consumers in a sector with a huge demand and potential for innovative technologies. Since this is illegal under EU antitrust rules, we have today fined Qualcomm €242 million.“

The decision by EU commission takes into account the dominance of Qualcomm between 2009 and 2011 in the global market for UMTS (Universal Mobile Telecommunication System) chips.

Of course, competition is healthy. But, selling at a lower cost than what it took to produce them is definitely a shade move just to grab the market. And, with that, they also eliminated any potential innovations by their competitor – which isn’t good.

The EU Commission has also ordered Qualcomm not to engage in such practices or practices with an equivalent object or effect in the future.

To all this, Qualcomm responded with a statement telling that they are planning to appeal the finding to the General Court of European Commision:

“The Commission’s decision is based on a novel theory of alleged below-cost pricing over a very short time period and for a very small volume of chips. There is no precedent for this theory, which is inconsistent with well-developed economic analysis of cost recovery, as well as Commission practice. Contrary to the Commission’s findings, Qualcomm’s alleged conduct did not cause anticompetitive harm to Icera, the company that filed the complaint. Icera was later acquired by Nvidia for hundreds of millions of dollars and continued to compete in the relevant market for several years after the end of the alleged conduct. We cooperated with Commission officials every step of the way throughout the protracted investigation, confident that the Commission would recognize that there were no facts supporting a finding of anti-competitive conduct.  On appeal, we will expose the meritless nature of this decision.”

As of yet, we aren’t sure what’s going to happen next. But, we’ll make sure to give you an update here.

What do you think about this fiasco? Let me know your thoughts in the comments below.