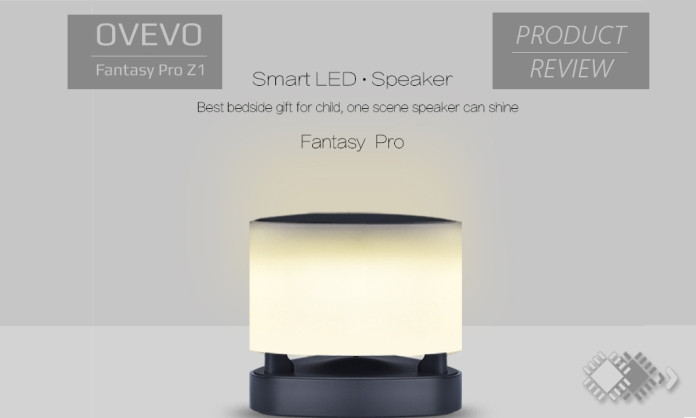 Boom! Boom! Kabaam! Usually, I use my headphones while playing games but all thanks to the Ovevo Z1 Bluetooth Speaker provided for review purpose, I just randomly decided to use it for gaming. The moment I started playing Battlefield 4, I was so hooked into it due to the booming speakers that I was constantly shooting down enemies like a monster dying to spill some red blood! My Ovevo buddy was dancing with me, during each and every moment of the game….the explosions, car crashes, gun-fire situations, etc. It was EPIC! 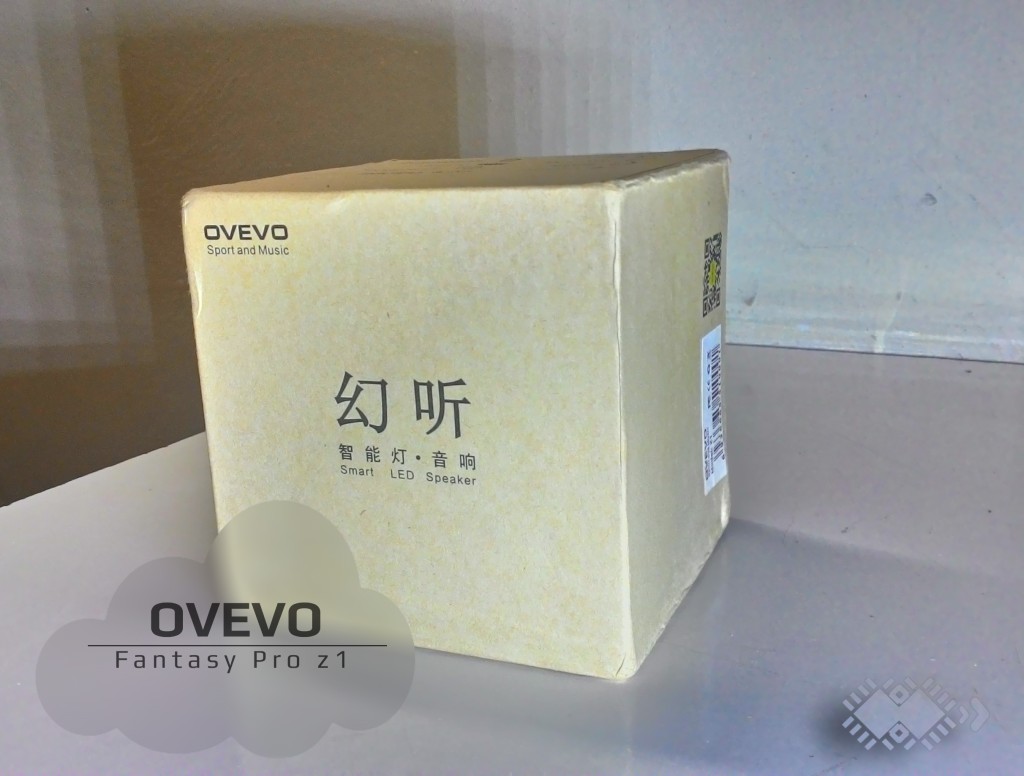 So, it’s been a while… our team has been using this beautiful and compact Ovevo Fantasy Pro Z1 Bluetooth Speaker. Though the device looks small in size, yet it packs a punch of booming sound in it. Here is the thing about gadgets, never judge a device by its size.

#Unboxing
While unboxing the Fantasy Pro Z1, we found, it was robustly wrapped with a lot of bubbly cellophane wrapper around it. So, no doubt the company took care that the Fantasy pro reaches securely to fantasize you. 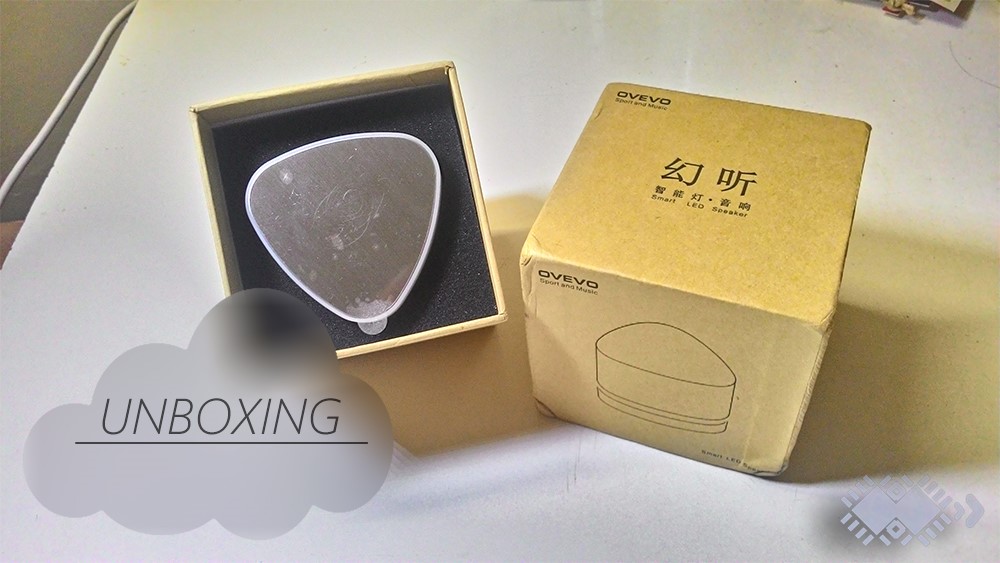 The BOX containing the device was covered with hard cardboard. The device was beautifully packed inside it with triangular foam to prevent any damage caused by shake and drop. Taking the device out, you’ll come to see a small beautiful box inside it, which contains all the accessories like AUX cable, Data Cable along with a user guide. 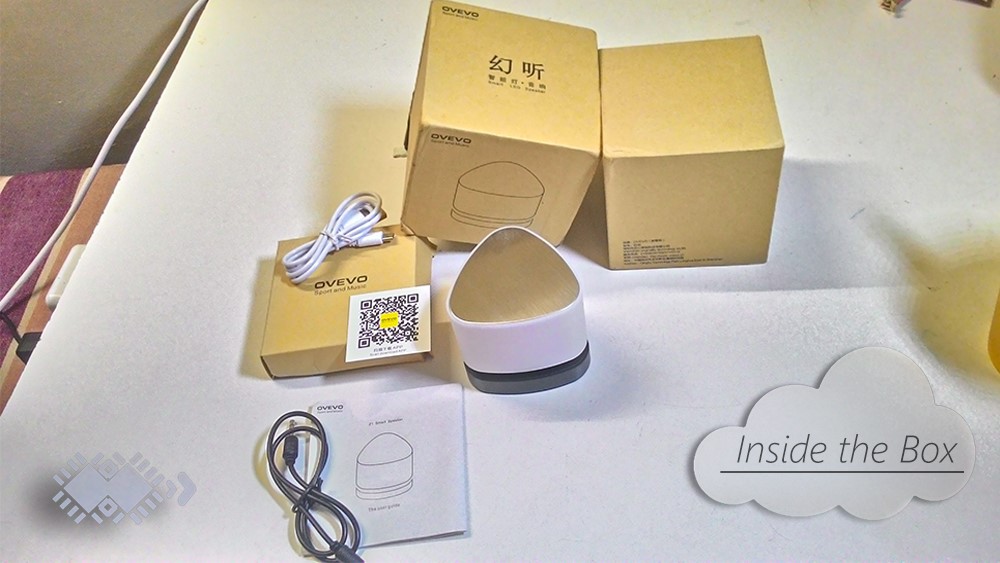 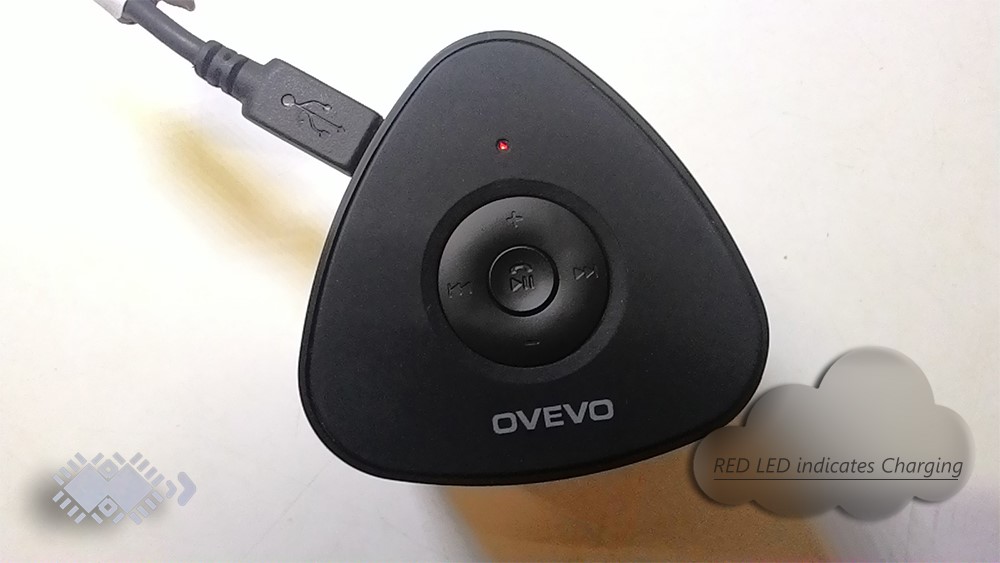 There is a play/call-receive button along with volume rockers and seek buttons. You’ll also find a micro USB-2.0 slot on the side panel to charge the device. Near the USB port, you will see the 3.5 MM jack to play music using AUX. The back side of the device has a capacitive touch panel to switch the lights. On another side, you’ll find a small pin-hole which is a microphone to transmit your voice over the call. There is another pin-hole on the front panel but don’t confuse it with the dual mic and noise cancellation stuff. Indeed, it is a small led indicator which turns red on charging and turns blue when played music via it.

#Performance
Switching on the device, you will be stunned by different bright colors appearing on its white wall. At first, it tuned into Blue color and then the color started shuffling on playing music. Pretty interesting stuff isn’t it? OVEVO is also offering an app to control the lights. 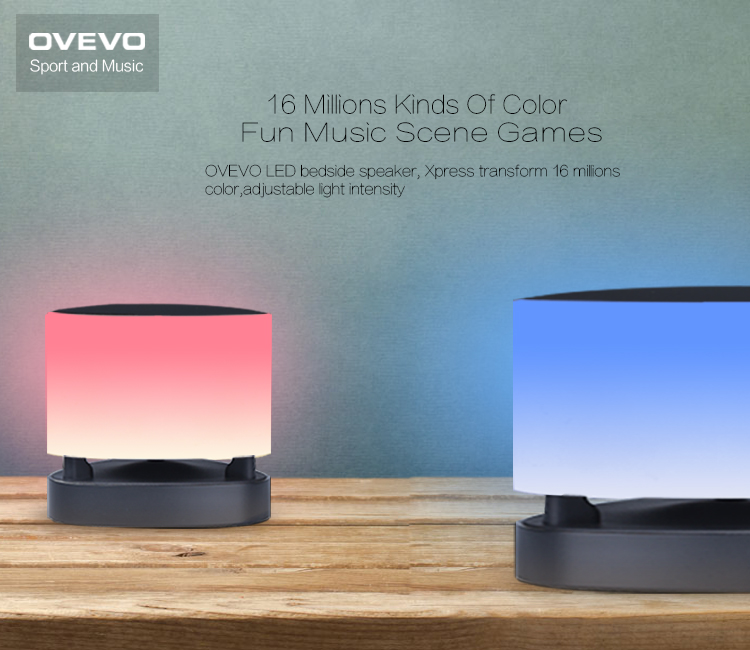 The company claims that the color which can appear on the side walls is about 16 million when controlled by the Fantasy app. Though, there is a touch panel on the backside of the speaker which you can use to change the lights if you don’t have the app. 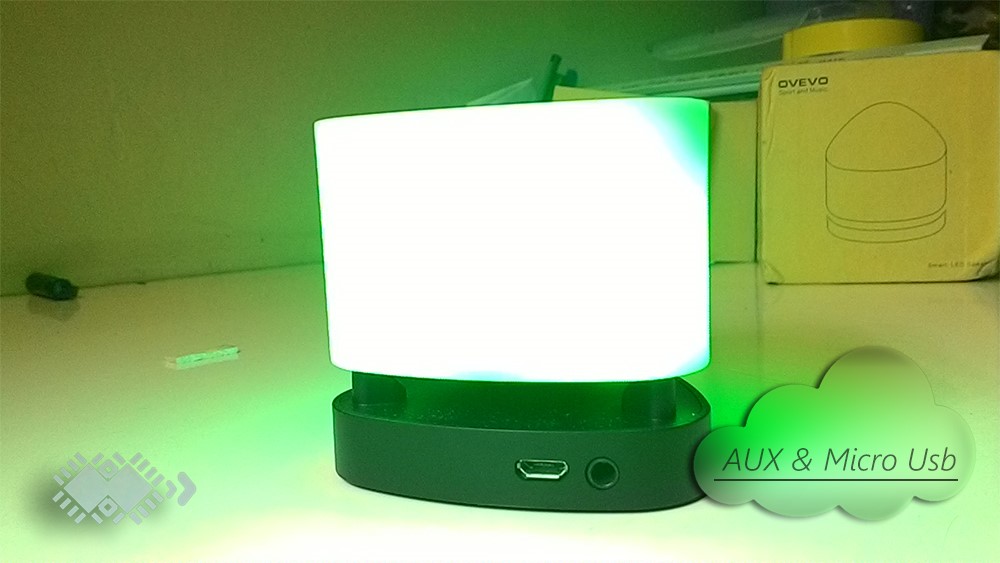 Music played using AUX:
The sound was loud and clear. You won’t believe anything this small could produce this much loud sound. Talking about its competitors, no other device produces this much heavy sound in this size class. Well, the device seems a bit heavier. We have tested so many Bluetooth speakers, but there is no device in this small size range which gives this much deep bass. If you love listening to ROCK go for it, it’s your best day to buy Fantasy Pro. Well, music lovers like us believe good music is good mood and the Fantasy Pro won’t let you down.

Music Played Via Bluetooth:
This device has a default name of Z1 when discovered via Bluetooth. Pair and you are all set to please your ears. When connected via Bluetooth, the sound is  little less louder than the AUX mode. Well, I’ve not tested but try playing the music through the Fantasy app and the sound will be as louder as the AUX mode. Plus, the company has promised the Bluetooth range to be around 10m but according to our observations, the effective range is limited to 5 meters. Chill, it’s not the Bluetooth hardware fault. However, The sequential circuit doesn’t work well via Bluetooth (WITHOUT THE FANTASY APP). But when using the Fantasy app on your iOS devices or Android devices to play audio files you barely will hear any noticeable difference than the AUX.

Flaws:
When the device is played on full strength, it will start jumping on the surface as if it is dancing on the floor. Don’t get scared as this is due to the deep bass it provides. So, keep an eye on it if you are going to put this on a smaller surface. The device may jump off the surface ending up in the OVEVO Care. The speaker is loud, yes but when we played high bass songs like Victimized (By Linkin Park), the sound was not sharp. Instead it was distorted.

Even with a small touch to the tactile panel accidently, it will change the previous set color, which may be a little annoying, as there is no way to switch off the touch panel. 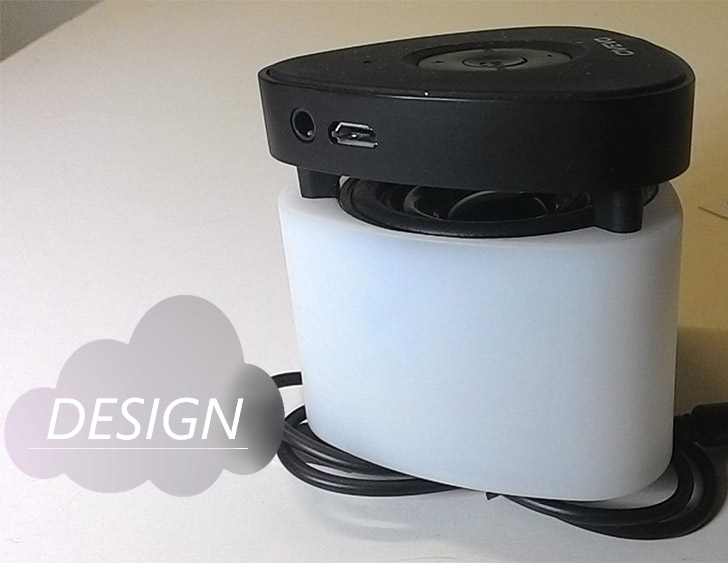 The design is beautiful, especially the matte finished walls of the speaker feels good in hand and to amaze you. These walls come to life when the LED’s start to alter the color on music beats. The button panel which is at the bottom comes with a rubber mat that gives a good grip to the Fantasy Pro Z1. Although you’ll feel some dancing moves on full bass. Enjoy, there is nothing to complain about. 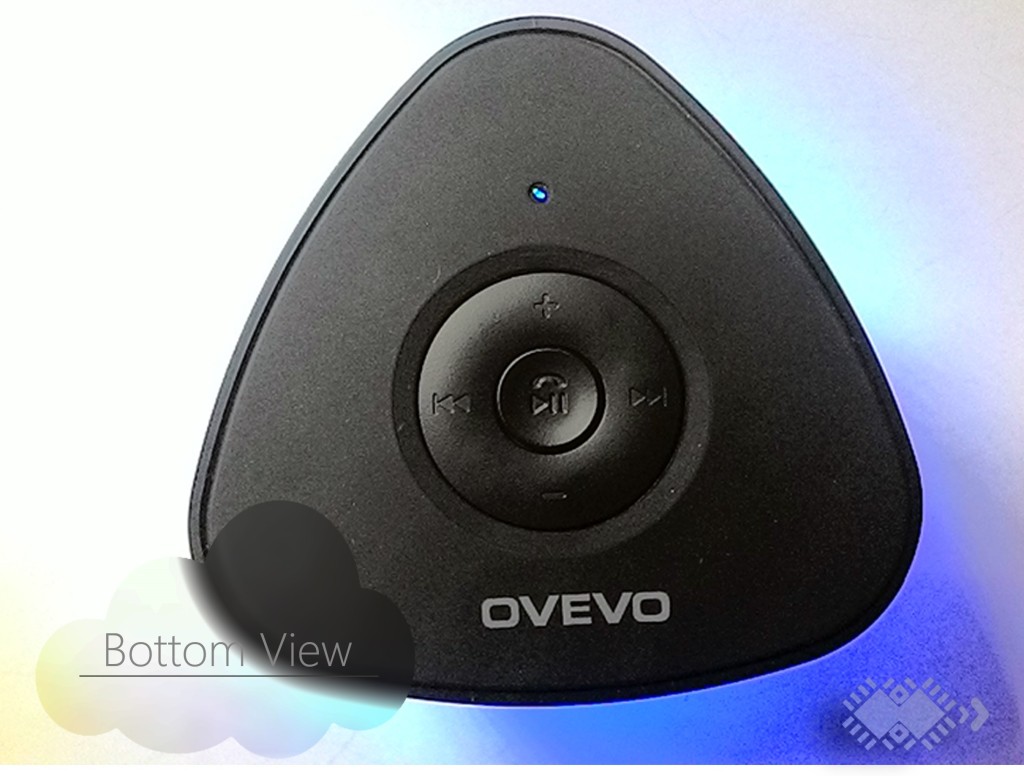 Well, I believe the heart of a device is the circuit inside it. So, we took a chance to peep inside it. We open devices so that you don’t have to.“Opening the device may void your warranty” – You have been warned. 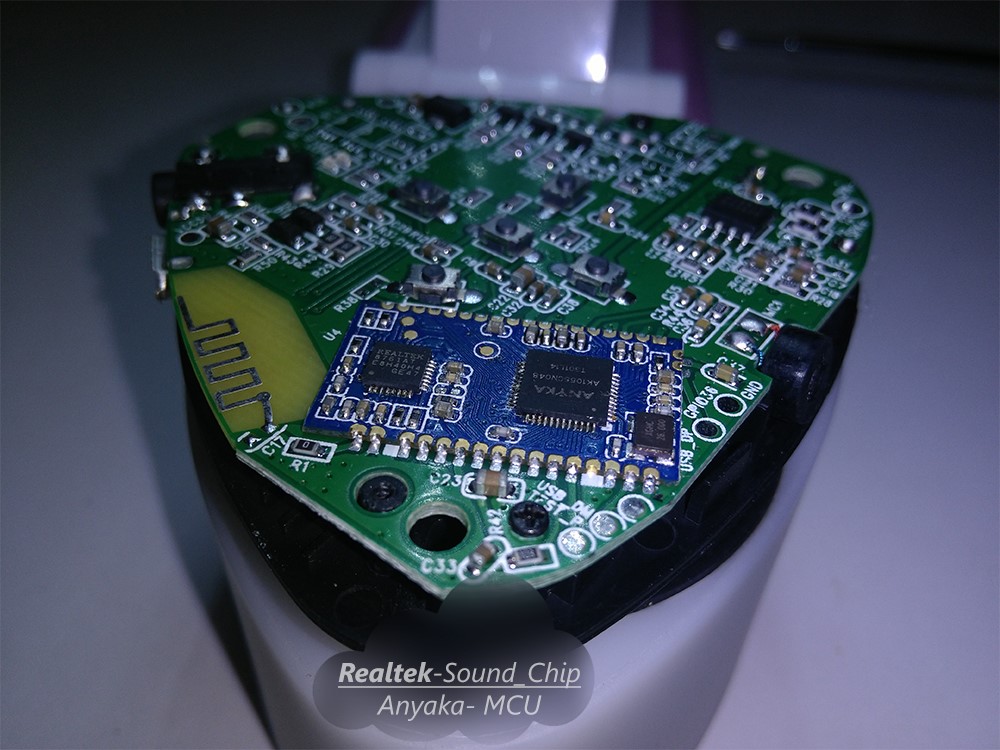 Well, the device is controlled by MCU (Micro-Controller-Unit) named, “ANYAKA AK1055C”. If you have any idea about the programmable microcontroller, then for your info, it is a small Arduino module, which has just been fixed over the main circuit board of the speaker. Talking about the wiring, it was clean and pretty, but was a bit disappointing, as the wires were so thin. Although, thin wires would not cause any problem to a music lover.

Specifications of the MCU:

Battery:
The device was well packed. The main circuit of the device is powered by a 3.7 volts rechargeable battery having a capacity of 750 mAH. 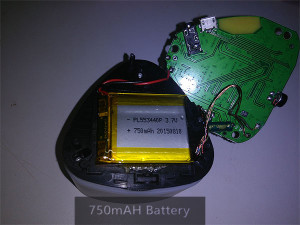 So, by now you should have a rough idea how rich this MCU is. Well, half of the integrations offered by the circuit remain unused by the OVEVO. Like, there is no SD-Card support and hence the audio decoder integrated within the MCU is of no use. 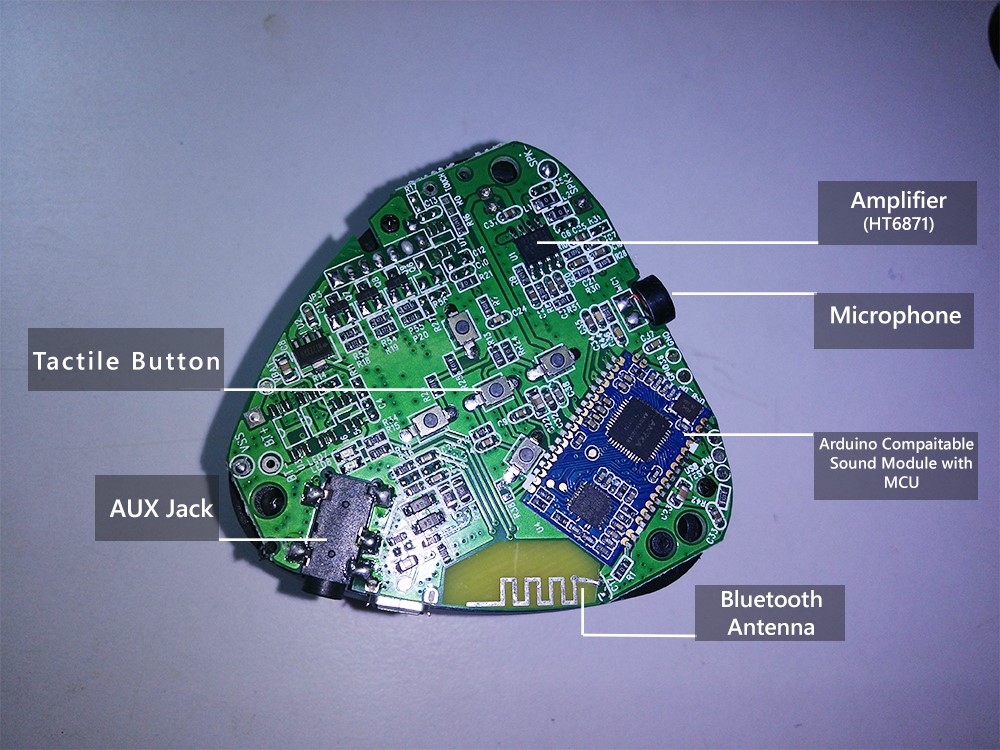 Realtek Sound Card:
On looking closer, we found another Integrated Chip with the brand name of Realtek, beside the ANYKA MCU. Both this chips are integrated on a single wafer and were performing synchronously. This wafer was then fixed over an integrated wafer. Hence, Ovevo here is using Realtek’s IC to deal with all the audio stuff. Like, when you are answering a call via this device, ones and zeroes are send by the Smartphone to the Bluetooth receiver and further decoding is done by this Realtek decoder IC. In short, all the audio signal passes through this chip to produce a sound which can be understood by human ears.

The main reason behind the clear and loud sound produced by the Fantasy Z1 Pro is due to this Realtek’s chip. Hence it beats all the competitors of its size class.

Why small speakers cause real pain while selecting the best amplifiers?

Every amplifier suffers a little bit of interference in the incoming signal due to EMI (Electro-Magnetic-Induction) and for that, thanks to the magnetic speaker, there is no way to completely shield against EMI, so the amplifier used in audio devices is of high efficiency – low clipping Class AB or Class D amplifiers.

In this case, the HT6871 is low-EMI, anti-Clipping, filter-less, monaural Class D power amplifier with an output power of 3.4W. It has a filter-less modulation circuit which directly drives the speakers, realizes the highest standard low distortion and low noise characteristics among digital amplifier ICs for mobile and portable application. Cheers to the filter-less, circuit design with fewer external parts.

Here are the key specifications of the amplifier:

Power regulators are needed to regulate the voltage for different components within a circuit. HT6871 is a low-dropout or LDO regulator. It is a DC linear voltage regulator that can regulate the output voltage even when the supply voltage is very close to the output voltage. This LDO features low heat dissipation that increases the efficiency of the circuit.

Touch Panel:
A standard touch panel which gives the user responses to the MCU that controls the colour of the side walls. 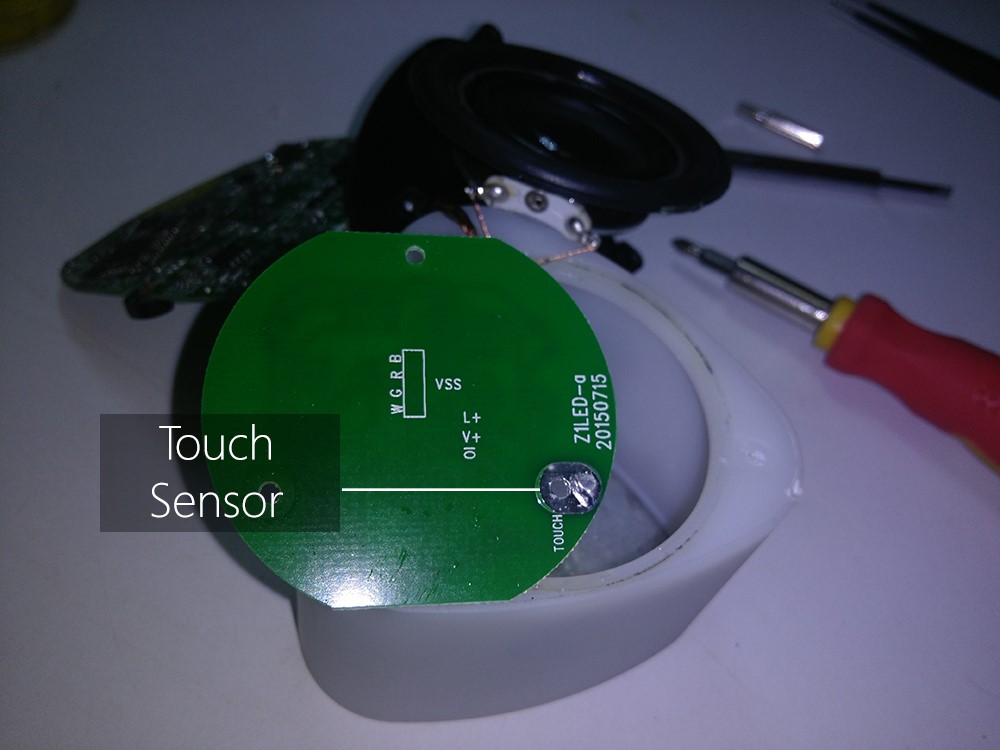 LED:
Inside the casing, you can see 3-LED’s. Actually they are RGB lED’s Which produces 16M color together. 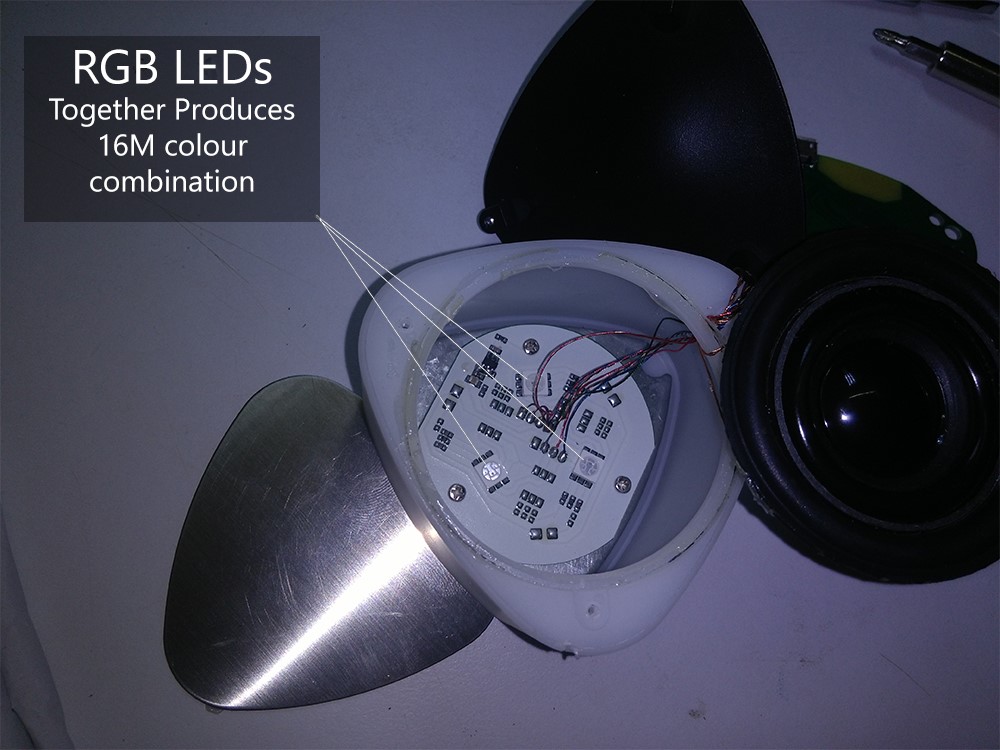 MIC:
Standard MIC, without noise cancellation, to take calls while in middle of playback. So that you don’t have to wake up your Smartphone. 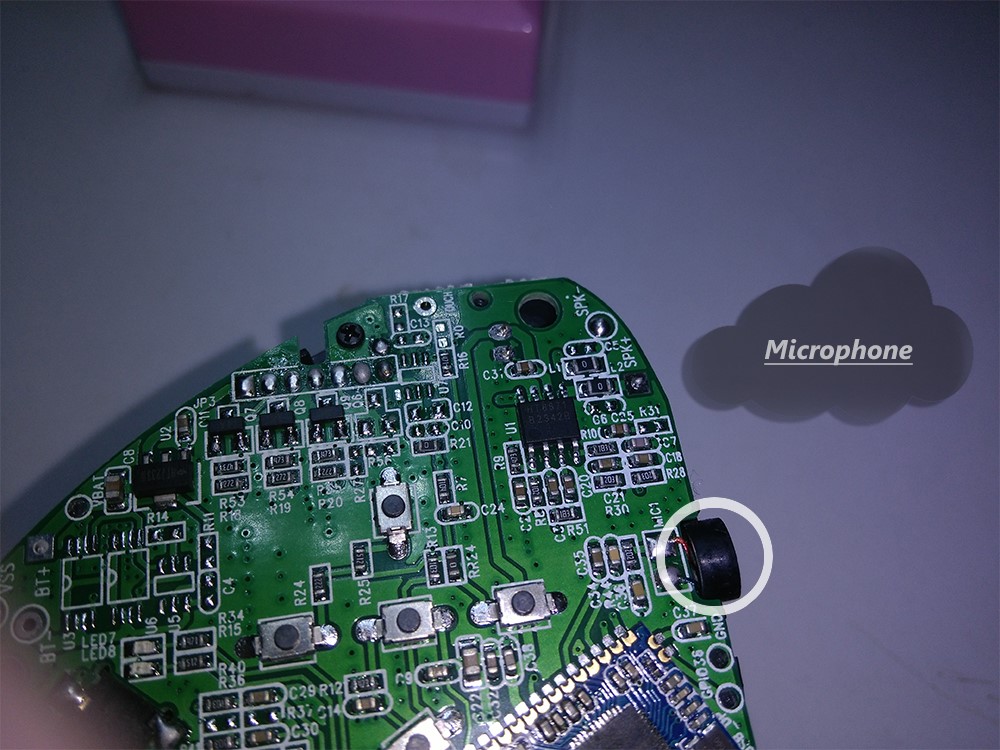 Remember that like smartphones, the speaker market also has a huge number of manufacturers and hence, there are a lot of competitors for Ovevo Z1 Bluetooth Speaker as well. In some aspects, they beat this little Z1 dude but Ovevo does stand out among them considering some factors. You won’t get any Bluetooth speaker having such a small size factor with this much loud and effective sound quality. This tiny little dude is your boss. Though there are certain limitations, we would recommend this to be used in small parties, get together or picnics. Jolly high, you can even use this as your table lamp! But yes, if you take Bluetooth connectivity as well as range seriously, then it’s not upto the mark. At $28, you may consider to buy the Ovevo Z1 Bluetooth Speaker and hence, get immersed in it’s fantasies.

If you are interested to buy this product for yourself, you can refer this link: http://www.aliexpress.com/store/product/Original-OVEVO-Fantasy-Pro-Z1-Bluetooth-Speaker-Mini-Smart-LED-Light-Children-Baby-Bedroom-Bedside-Night/311331_32387232076.html 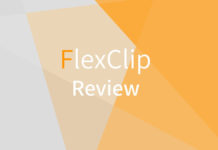 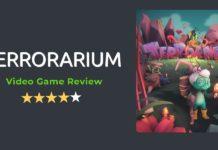