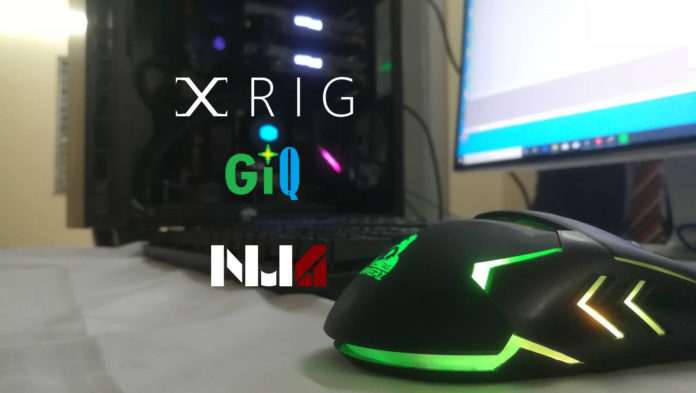 Kolkata, a major commercial hub in Eastern India, hasn’t been in the limelight when it comes to terminologies like ‘AI’ and ‘High-Performance Computing’. However, the city has a huge potential with many Data-Science enthusiasts and several R&D startups in-store.

Team Nerds United Alpha, took the opportunity of organizing yet another GPU-connect to accelerate the city’s AI ecosystem. The meetup supported by Nvidia and X-RIG, was co-hosted by GizmoQuest Computing Lab on 22nd December, 2019.

Instead of a co-working space, choosing GizmoQuest Computing Lab’s garage as the venue was very decisive and unique. After all, we know about many small garage initiatives emerging as tech giants today! Participants were happy to be present in a very geeky environment.

A Keynote of How AI Can Augment India

Rohit Biddappa (Head Developer Marketing & Deep Learning Institute, Nvidia) started off with the keynote remotely. The audience listened minutely to his talk on “How AI Can Augment India”.

The keynote speaker initiated his session by briefly talking about Deep Learning Training & Inference with Nvidia GPUs. His main focus then shifted to the problem statements in India, that need utmost attention and can be solved with AI.

The Problem Statements in India

2. Retail Analytics, Prediction & Customer Experience – The intellectual explained how the combination of AI-driven inventory management, customer and store analytics, and IVA, can help in fostering a profitable business with positive customer experience.

3. Mapping and Predicting Agriculture Yield – As per the spokesperson, computer vision on remote-sensing data of farms can help in predicting agricultural yield, thus facilitating food security and crop productivity.

Moreover, the keynote speaker, also highlighted how Edge Computing can be used in healthcare.

Amlan Panigrahi (NUA Admin) gave an overview of the history of GPU Computing. The individual explained how Engineers realized to trick the GPU for performing complex computations by the use of pixel shaders.

In addition, a brief overview of the difference between AI, ML and Deep Learning, was also provided by him to brush up the audience.

Introducing the audience about the importance of Edge Computing, he also gave a walkthrough of the Jetson Platform. Participants also got to know about the various notable community projects deployed with Jetson Nano. One of them was based on ‘Electronically Assisted Astronomy‘ and the other was a ‘Jetbot Strawberry Collector‘.

Sandipan Chattopadhyay (Co-Founder & Director Engg, Mihup), gave a very unique talk highlighting ‘problems’ over technology. Based in Kolkata, his AI startup Mihup (“May I Help You Please?”) has raised over $2.2 mn in Serie A Round funded by Accel Partners. The emerging venture makes voice intelligent systems with multilingual support ranging from Bengali to Hindi.

One of the main trends that he highlighted was how the current generation is creating use-cases from technology instead of vice-versa.

The Kolkata Tech Tycoon further quoted, “Don’t go for buzzwords. Find problems first. The solution will come from your empathy by exhibiting how well you understand the problem and your hunger to work on it”.

Sandipan also happens to lead a Bengaluru based Data Analytics & Design firm named – ‘XELPMOC‘. The name comes from the reverse of the word ‘complex’, thus signifying that their core focus lies in making complex problems rather more simpler.

It was a delight to have with us Aditya Prasad (Owner, X-RIG), with a couple of his team members. His firm is known for making and engineering state-of-the-art high-end modded PCs.

Team X-RIG presented a live showcase of their Skynet rigs. One of them that caught our attention was a portable Skynet mini HPC rig, which happens to be a sweet prototype. We were surprised to know that they manufactured the rig chassis/cabinet in their office itself.

Powered by a Ryzen 3950x CPU, the rig consists of an RTX 2080 Ti GPU for computational/graphical simulation needs. One can hook even a Titan RTX, Tesla V100 or even a Quadro RTX 8000 instead if they want to.

The tiny monster is hosted on an XG70 ROG Strix ITX motherboard. The rig shall be commercially available by February end, according to Team X-RIG.

A GizmoQuest Walkthrough & Some Gaming

Participants were given an opportunity to experience and analyze the hardware responsible for HPC Computing in GizmoQuest Computing Lab. The founder, Avimanyu gave a brief overview of the experiments he has been working on.

Most certainly, how could one ignore some gaming off a computing system with a sweet GPU? Hence, people were also given a chance to witness Red Dead Redemption 2, an open-world action-adventure game, running on an AMD Radeon VII and Ryzen 7 2700X .

Some Use-Cases of AI in Gaming

Avimanyu Bandyopadhyay (Founder, GizmoQuest Computing Lab), chose to take a very interactive session instead. In the break-time, he distributed to the participants, copies of a research paper titled – “Your Gameplay Says It All: Modelling Motivation in Tom Clancy’s The Divison”.

The work is a collaboration between the faculties of the University of Malta, and some R&D Engineers of Ubisoft Massive Studio.

Participants later were asked to share their opinion on some of the key-points mentioned in the paper. The research mainly elucidates how player motivation can be predicted from gameplay data.

In other words, the primary focus is on predicting the factors that tend to motivate any player to keep on playing/return to a particular game.

Message by NUA Members for Kolkata

We asked some of the NUA members to send some inspirational quotes to motivate and amp up the Kolkata audience. The participants were delighted to take with them some powerful words as message after they bid farewell.

NUADevMeet Kolkata was a crowdfunded event, which happened for the first time. The fundraiser campaign hosted on Ketto reached the target within a matter of few days. A major shoutout to the people who contributed.

What Does The Future Say?

The future is definitely bright with more NUA events in store. Recently, NUA came up with its YouTube Channel, which definitely needs some community feedback for future content. If you are interested to be a part of the Nerds United Alpha community and gain knowledge about GPUs, kindly feel free to drop us a message. 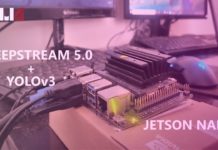