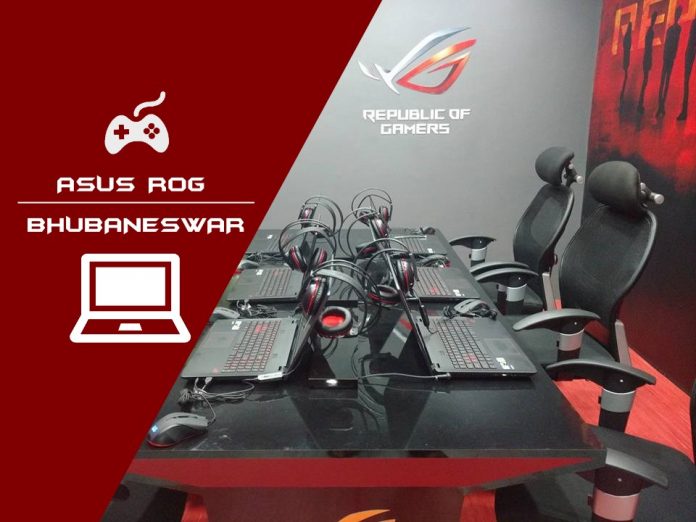 Bonjour gamers! It’s time for you to rejoice as ASUS just recently launched it’s exclusive ROG Store in Bhubaneswar, which makes the city to be the second location in India after Kolkata to have such a gaming experience store. You must be dazzled after hearing the word ‘experience‘ and it’s exactly what you think it is. Not only would you be able to purchase high-end gaming hardware and stuff from the store but also get a hands-on-gaming experience as well. The new ASUS ROG Store in Bhubaneswar has already become the talk of the town and passionate gamers seem to be truly optimistic about the growth of gaming industry in our state.

We got an invitation to the inauguration on 4th July and had a chat with some of they key people from ASUS India. On asking the reason behind Bhubaneswar being chosen as an ROG centre, Mr. Arnold Su, National Sales Manger (ASUS India) replied, “The Eastern Region is the home to our largest market in India. Next to Kolkata, most of the bulk orders for our goods come from Bhubaneswar and many dealers too have taken a keen interest in our products. Not to mention, we have many ROG laptop owners from this city as well.”

Mr. Su further added, “The key motive of the store is encouraging gamers to have a dynamic experience and witness the true power of Republic Of Gamers. We won’t charge a penny for gaming on our systems. Just consider that it belongs to you only and you are welcome here always.” 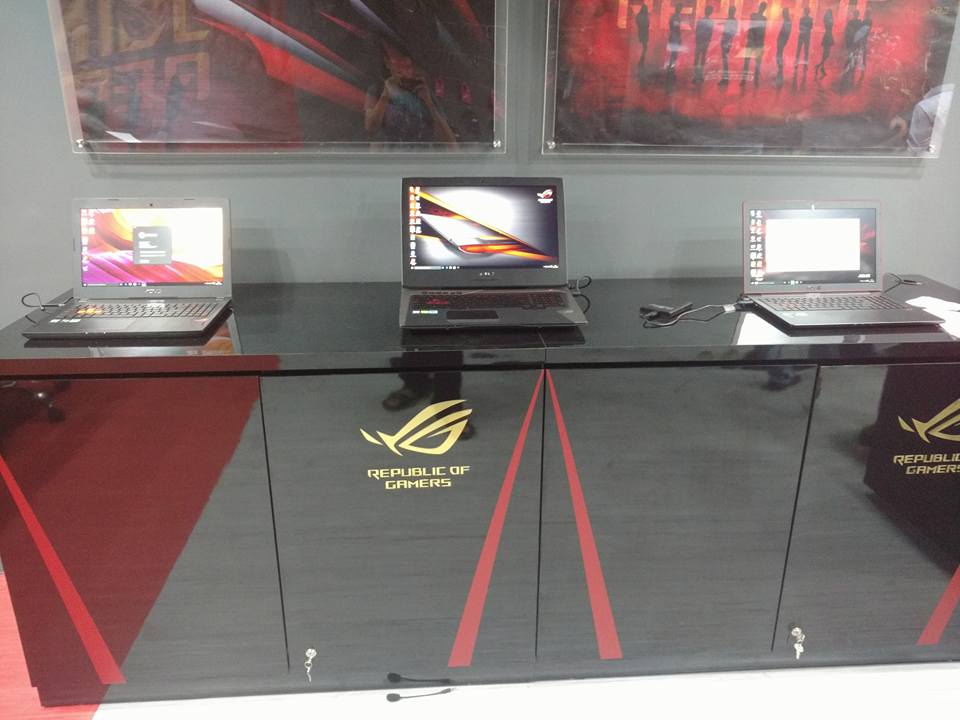 Truly his passionate words for gamers moved us a bit and hence, we joined other people in browsing the store and accessing some high-end stuff. There were a series of ROG laptops lined up among which the Strix GL502VT took the spotlight. The beast with 15.6 Inch IPS enabled display houses a GTX 970M, around  16 Gigs RAM @2133 MHz and the latest i7 6700HQ processor. Apart from having a 1 TB HDD, the gaming laptop also has a 256 GB PCIe 3.0 SSD. Other champs in the lineup were GL552, G501, G551 and the G752.

We got our hands on the desktop, ROG GT51, that clearly looks like a cyber monster pimped up by customizable LED’s. The rig’s equipped with a 2 Way GTX Titan X- SLI and the look of it just gave us shivers! Furthermore, the system has the latest i7 6700k and a 64 GB RAM . You can refer the screenshots in the gallery below for more details. So, we tried to benchmark Rise Of The Tomb Raider at 4K UHD resolution with all settings maxed out. To our expectations, the rig was able to cap an average of 53 FPS, which is quite good enough.

Another ROG desktop model that caught our attention was the slim G20 only for it’s compact design. However, we got our eyes into the G11 desktop, a budget friendly option for most of the gamers. Hooked up by customizable LED’s, the rig’s integrated with a Skylake processor. In addition to that, the system’s equipped with a GTX 970 4GB Edition and houses a memory of 32 GB. To our surprise we found a beta model of the Oculus VR as well but weren’t able to use it, as the staff members needed some time to set it up. We would definitely update you with the VR experience as soon as we get our hands on it.

On 5th July, a CS: GO tourney was organised in the store itself with a prize pool of INR 1,45,000. Many gaming teams across the city participated in the tournament and the pros were on full rage to claim the ultimate glory. Looks like a new gaming revolution is emerging in Bhubaneswar and we really seem to be very much excited about the interesting things that will stimulate the growth of gaming industry in our state.

Oh! We forgot to tag up the location of the store. You may refer the map for details. It’s located near BMC Mall, Shahid Nagar. The exact location is yet to be officially marked up by Google Maps, which may take some time. Till then hope this proves to be useful.