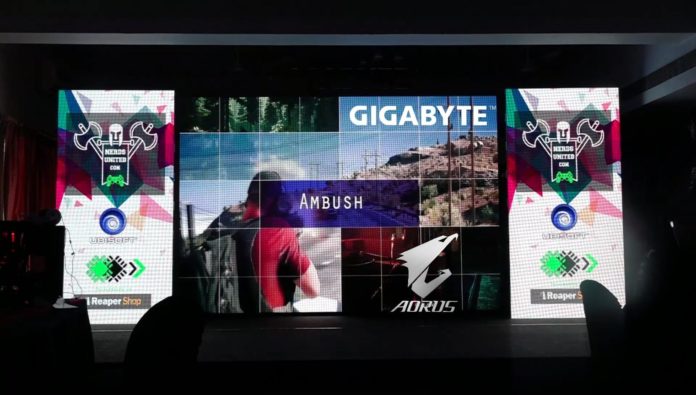 It was finally time for us to do something special for the gaming community in Odisha. Bhubaneswar, the IT hub of East India, had been missing some spark. People across the world recognize the place generally as a tourist hub. When the term ‘tech’ comes into the picture, few number of people across the globe recognize the city’s tremendous potential.

As a gaming hub, maybe a couple of gaming events were organized in the city, that literally surprised everyone across India. However, it was high time to put the upcoming Smart City on the global gaming map. Believe it or not, somehow we made it. With more than a month of planning and a few days of execution, Tech Legends in collaboration with Gigabyte India pulled off one among the biggest gaming events in East India. Nerds United Con 2K17 organized on 12th March, at Hotel Swosti Premium, Bhubaneswar, was our first gaming event that we hosted.

The title sponsor Gigabyte India noticed the very potential of the gaming scene in the city, and hence readily increased the scalability of the event. The best part, though was in the very end moment when Ubisoft France and UK, developed a genuine interest in our event and aided their support as well. It was a special moment for us, that shook the gaming community all over India after hearing such kind of news. Furthermore, we had ReaperShop, a local gaming startup, as one among our co-sponsors. 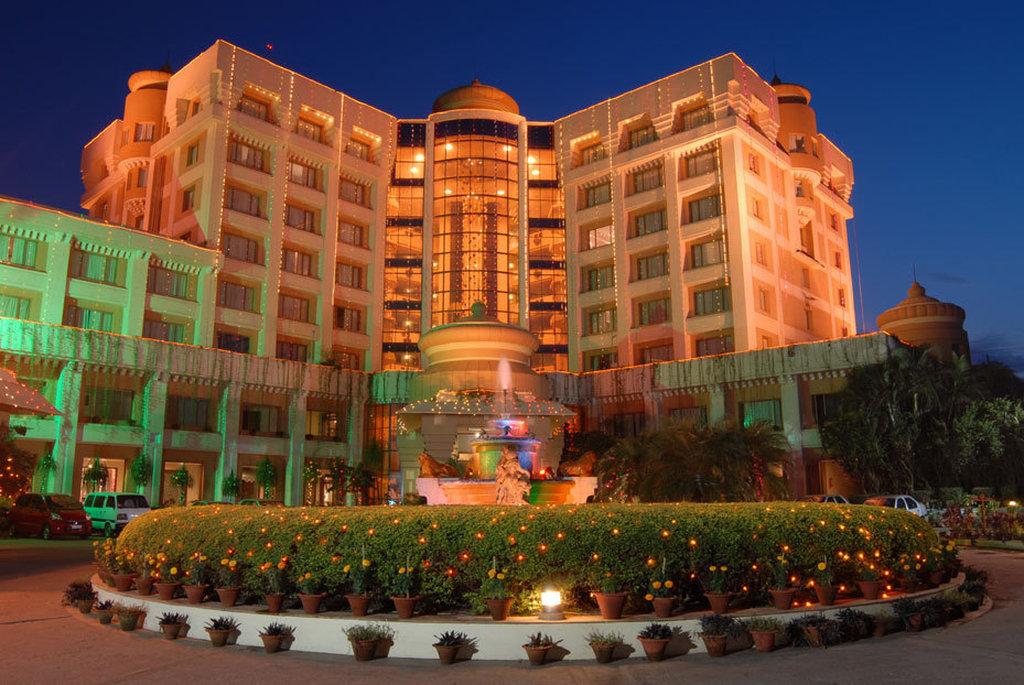 The event was organized in Hotel Swosti Premium, a 4-star hospitality, generally considered as a haven for tourists across the globe, paying the state capital a visit.

More than a hundred gamers attended Nerds United Con in the anticipation of something vivid and spectacular. And that’s exactly, what we offered to hypen up their gaming spirits.

“It was a great honor to have with us Mr. Sunil Grewal, the country-head of Gigabyte India”

It was a great honor to have with us Mr. Sunil Grewal, the country-head of Gigabyte India. He delivered the gamers a very informative talk about motherboards and hence, showcased the recent AORUS mobos that just came into the Indian market. Nevertheless, he cracked some jokes to further elevate the audience. Everyone had a great time listening to him.

We duly respect the level of knowledge he has and hence, believe that Mr. Grewal is definitely an example for the community of hardware enthusiasts in India. 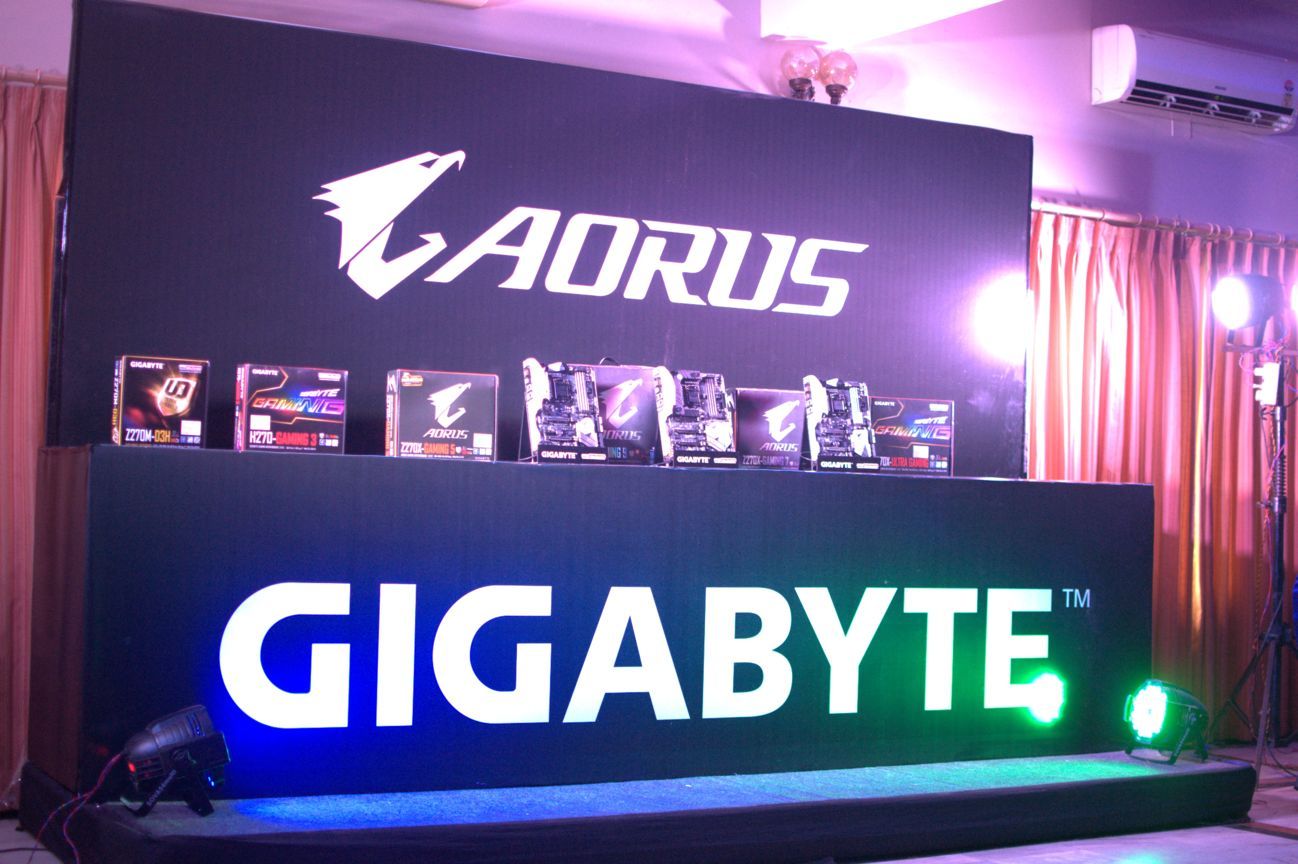 The AORUS mobos that were featured in the event include the Z270X-Ultra Gaming, Z270X-Gaming 5, Gaming 7 and Gaming 9, respectively.

YOU MAY ALSO LIKE – Gigabyte AORUS Launch Event in Gurgaon : A Remarkable Experience 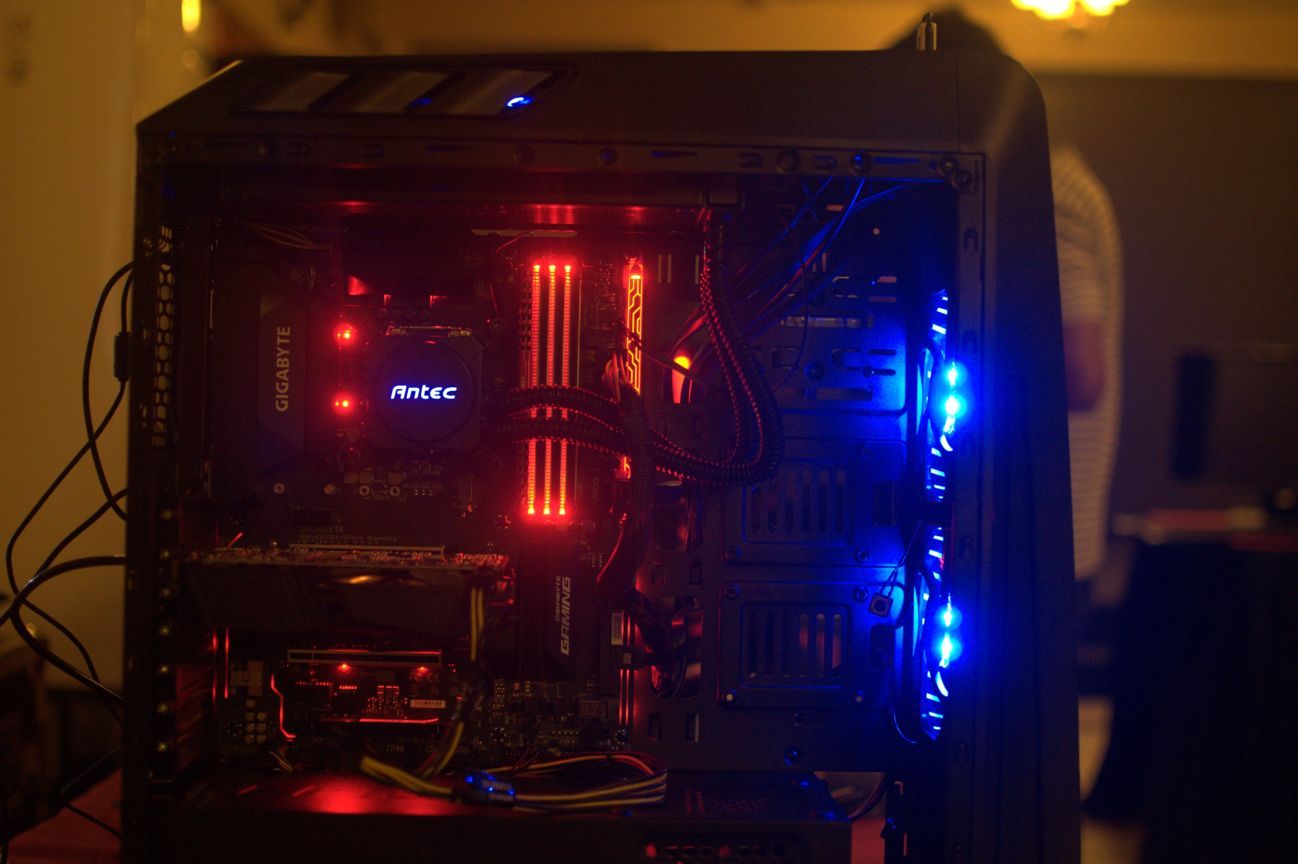 There were 12 rigs in total each housed by Antec and Corsair cabinets primarily featuring the AORUS Z270X-Ultra Gaming and Z270X-Gaming 7 mobos. Powered by the same Antec/ Corsair 700W PSUs, a majority of the systems had an Intel i7-7700k CPU while the rest had the standard i7 7700. 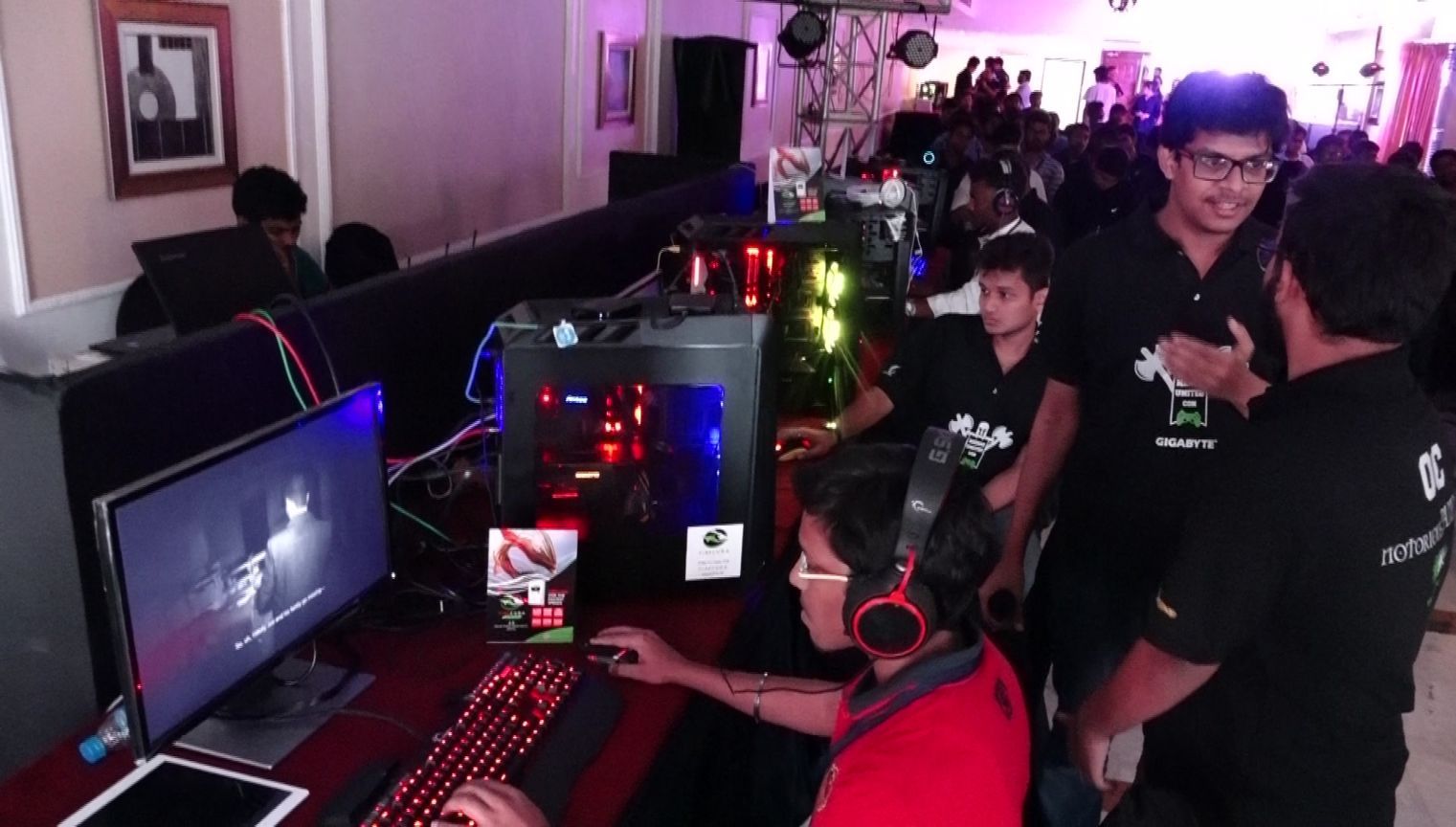 The gfx cards that were in play were the Gigabyte G1 Gaming GTX  1060 6 GB Mini editions that really proved their sheer worth and capabilities for Full HD Ultra Gaming @60 FPS. For storage, six of the systems had the latest Seagate FIRECUDA SSHDs, while the rest were equipped with BARRACUDA HDDs.

All the rigs were housed with 16 GB memory sticks of Corsair/Zion respectively. The systems were liquid cooled with Antec/Corsair coolers.

With the closing words from Mr. Sunil Grewal, we started right off with the Event Featurette trailer of Nerds United Con, that amazingly captivated the audience into some intense action scenes. You can watch it yourself to draw your gaming spirit, into play.

And finally, we revealed the most awaited Ubisoft game! We presented a small informative talk about Wildlands, asked a few questions and hence, showcased it live. We had notorious.Panda (OC member) and Hilion Plazma (Technical expert, Gigabyte India) lay their hands on the game for the first time.

“None of us can forget how Panda wrecked a vehicle”

None of us can forget how sarcastically, Panda wrecked a vehicle! The intense fast-paced takedowns by the CS:GO pro, Hilion, were simply breath-taking. A few people from the audience, got the privilege to experience the beauty of Wildlands too.

There was a short quizzing session where goodies were given to the gamers who flawlessly answered the questions based on the game.

A Few Words By Ankush Das

Our very own founder of Tech Legends was invited by the core anchor, Mr. Siddhant Pati a.k.a Avidz, upon the stage, to share a few words about our journey in the blogging industry since 2014. His words echoed throughout and the audience was overjoyed after listening to the legend in making.

A Note From Co-Sponsor

It was really great to have ReaperShop, an online game retail venture based in Bhubaneswar, backing us as well. The owner, Mr. Bhanu Pratap Bhol, graced us with his presence, as he was welcomed to the dais, to share a few words about his life into the gaming business.

Surprisingly, he announced to award 6 lucky gamers with the Rainbow Six Siege Starter Edition Pack! Definitely, the gamers were excited after listening to this! 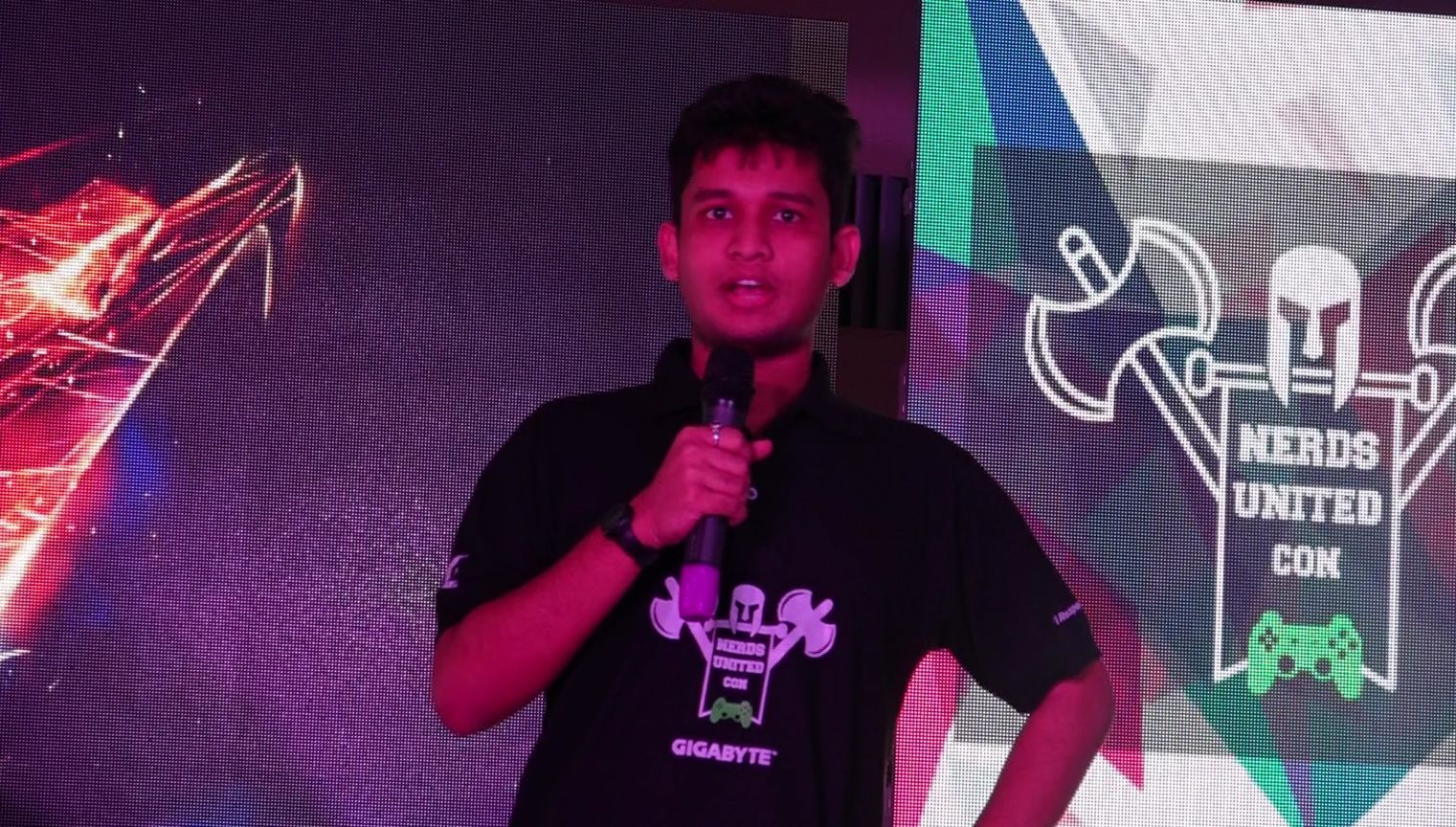 We had Sionis, from the organizing committee, presenting For Honor to the audience. Unfortunately, due to the unannounced maintenance phase by Ubisoft, we weren’t able to connect to the servers. Hence, the actual showcase of the game was what the audience critically missed. 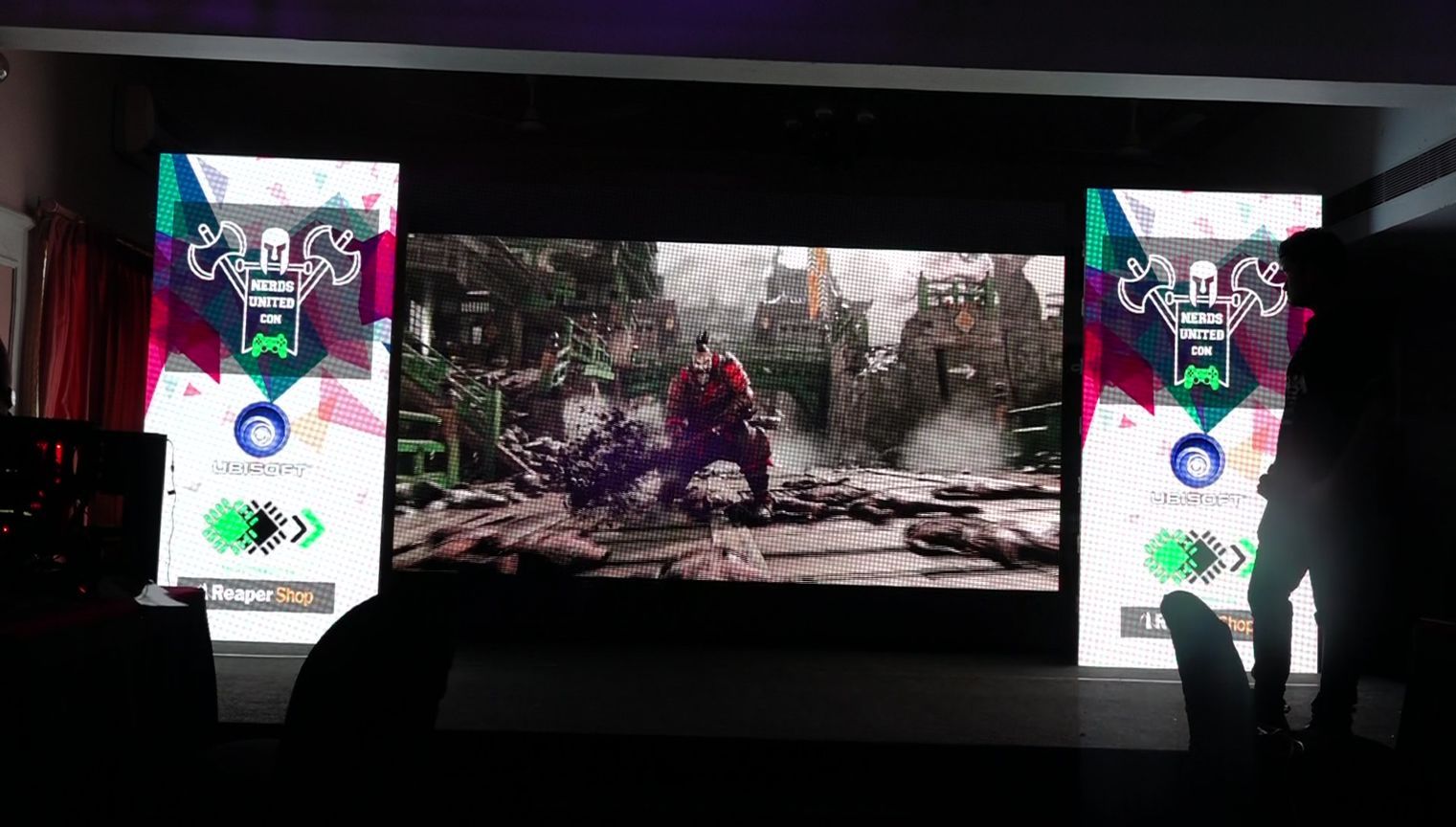 However, Sionis pulled off a tremendous job by narrating about the various factions and classes featured in the game. It was rather much of an educational gaming session where the audience also got to know about the combat mechanics and various captivating elements of For Honor.

The shilltastic and most horrific game of the year, RE7: Biohazard, teased our nerves badly. A detailed and realistic presentation by notorious.Panda further augmented the ghastly atmosphere created by the game. Few gamers from the audience opted to lay their hands on the game for the first time. We definitely feel sorry for them as they had to witness some terrible cutscenes and moments in-game. However, it was tremendous fun for everyone.

“Have you ever seen any wife ripping off the hands of her husband with a chainsaw?”

So, here’s our question to you. Have you ever seen a wife ripping off the hands of her husband with a chainsaw? Hope, now you can understand what exactly all of us had to experience.

And lo behold! For the people into competitive gaming, RJ’, W31RD_AF and ShadowFax, had something special to share.

“Headshot..headshot…Oh my God! Astralis have done it!”, the audience definitely roared after hearing those words. To be precise, some intense aftermovies and videos based on the competitive genre were especially shown to amp up the competitive FPS and MOBA fans.

The competitive trio, RJ, W31RD and ShadowFax, flooded the audience with CSGO, Dota 2, and R6 Siege questions, that kept them hooked on. Lots of eye-candy goodies were presented to the ones who answered those questions correctly.

And it was finally time to determine and felicitate the star player of the event. The entire OC team was called upon the stage to vote for the best participant. There were three nominees, out of which, Dibyanshu Mohanty a.k.a Vice was chosen as the Star Player of Nerds United Con, based on the number of votes.

The NUC Star Player was aptly rewarded with the Ghost Recon Wildlands Gold Edition respectively, for which he was simply speechless. But wait, there was also a prize for the runners-up participant. Well, it was none other than Sandeep Sobhan. The Rainbow Six Siege fan was rewarded with the Year 2 Pass of R6 which was a breathtaking moment for him.

The audience was hyped right from the start when we initiated the registration process. There were gamers who didn’t get an invite and still desperately wanted to attend the event. 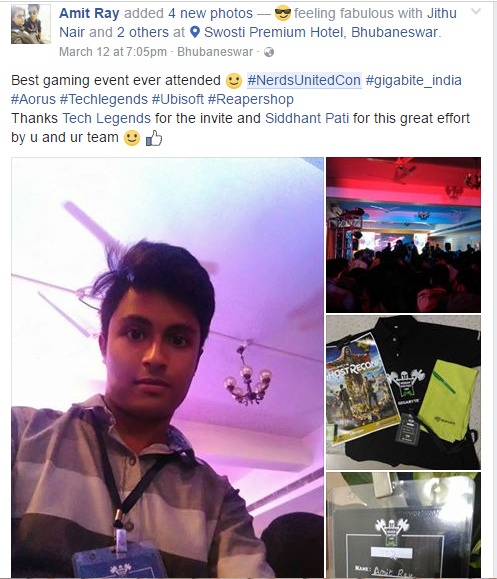 The snaps that we have shared clearly depict the overwhelming response from the participants. Our custom designed goodies were deeply appreciated by the audience. They loved it. 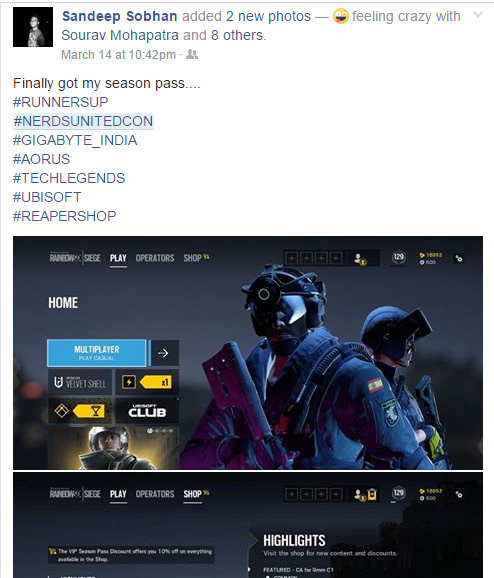 Christmas was early for some of the gamers, and they were immensely happy after receiving their gifts. We asked the NUC 2K17 participants if they need more events from us. With the blink of an eye, they demanded a Rainbow Six Siege event from us fellas. We are really looking forward to make this happen. Thank you, dear Nerds, for your love and support. You’ll keep on hearing from us!