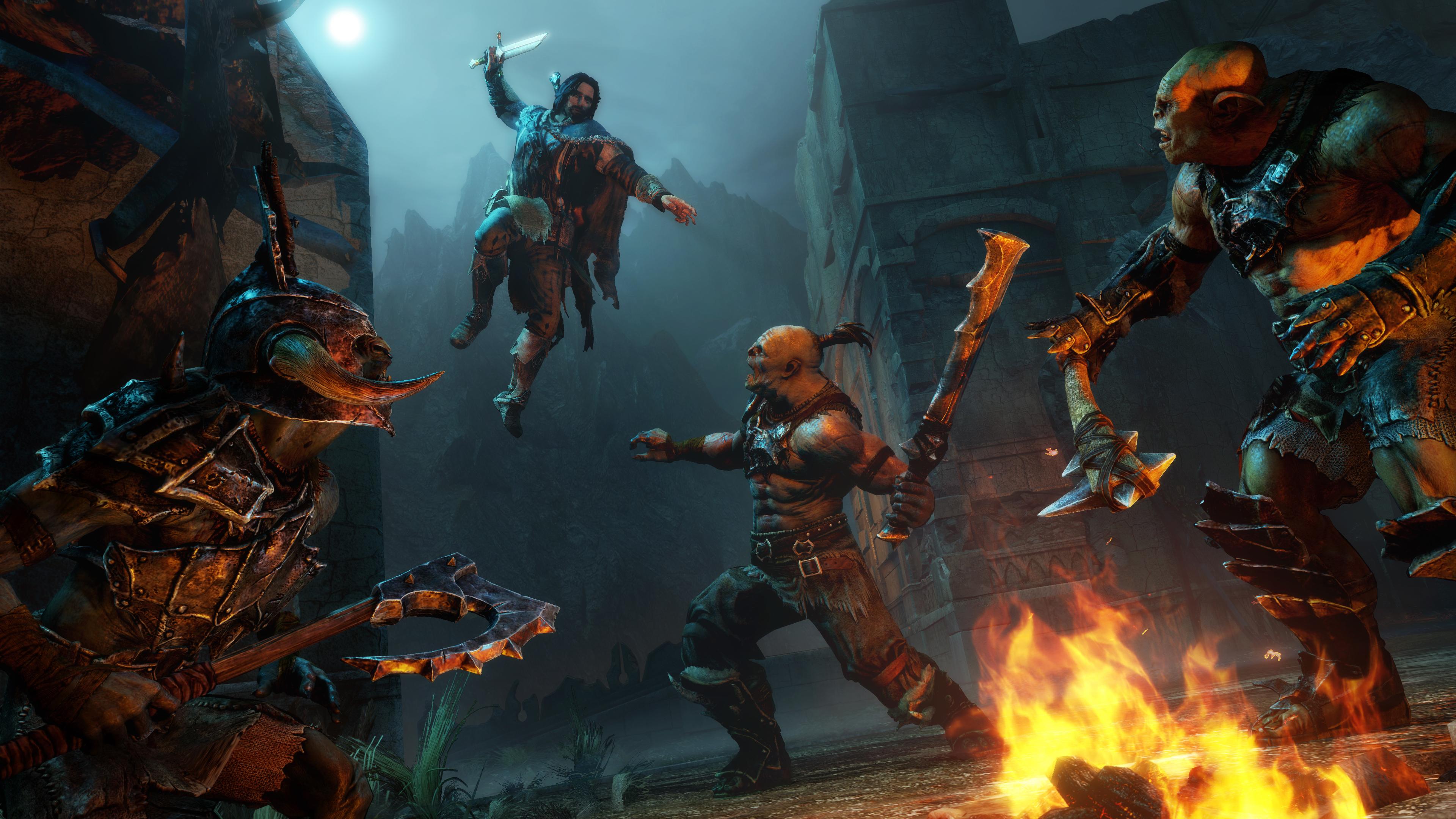 You must have played games like Assassin’s Creed, Elder Scrolls V and Batman Arkham Origins.  But have you ever heard of any game that combines all the gameplay aspects of these above mentioned games? Well, to your surprise there is one! Middle Earth: Shadow of Mordor is an upcoming open-world stealth action adventure role play game, under development by Monolith Productions and to be published by Warner-Bros Interactive Entertainment. The title is slated to be released on 7th October, 2014 for platforms like PC, Xbox One, PS3, PS4 and Xbox 360.

The storyline of the game is based on the Lord of The Rings Universe. The events are placed on a timeline between that of The Hobbit and The Lord of The Rings. You play as Talion, a ranger responsible for guarding the Black Gate of Mordor. But soon an immenent threat rises and Mordor becomes ravaged by Sauron’s armies. Killed in action but brought to life again by the possession of a supernatural ability called wraith, Tolien vows to avenge the sufferings and death caused among his brethren against Sauron.

The core mechanic of the gameplay is based on a ‘nemesis system’. According to this system, the bosses will react differently to the envioroment.e.g. a warlord who is afraid of fire wouldn’t dare to venture near it. So, Talion can use that as an advantage. Talion’s skill tree is sub-categorised under the abilities as a ranger and the supernatural wraith system. The ranger skills usually foucus on different levels of stealth approach and the wraith system usually concentrates on different supernatural perks like bending wills, etc. You can climb walls like that of Assassin’s Creed, which makes the gameplay more interesting. Talion, after defeating a partcular Warlord can use the bending will ability to assassinate another Uruk leader, or terrorize him to spread the former’s warning in order to decrease the morale of the enemies or can send him for a spying mission.

Due to the nemesis system, the boss fights will be unique and personal. e.g. if a warlord recalls a previous fight with Talion in which he was defeated very badly, then he will try to challenge Talion with everything he has to make the fight look kind of legendary. You can watch the footages below to witness the thrilling experiencve that you may have when you play the Shadow of Mordor.