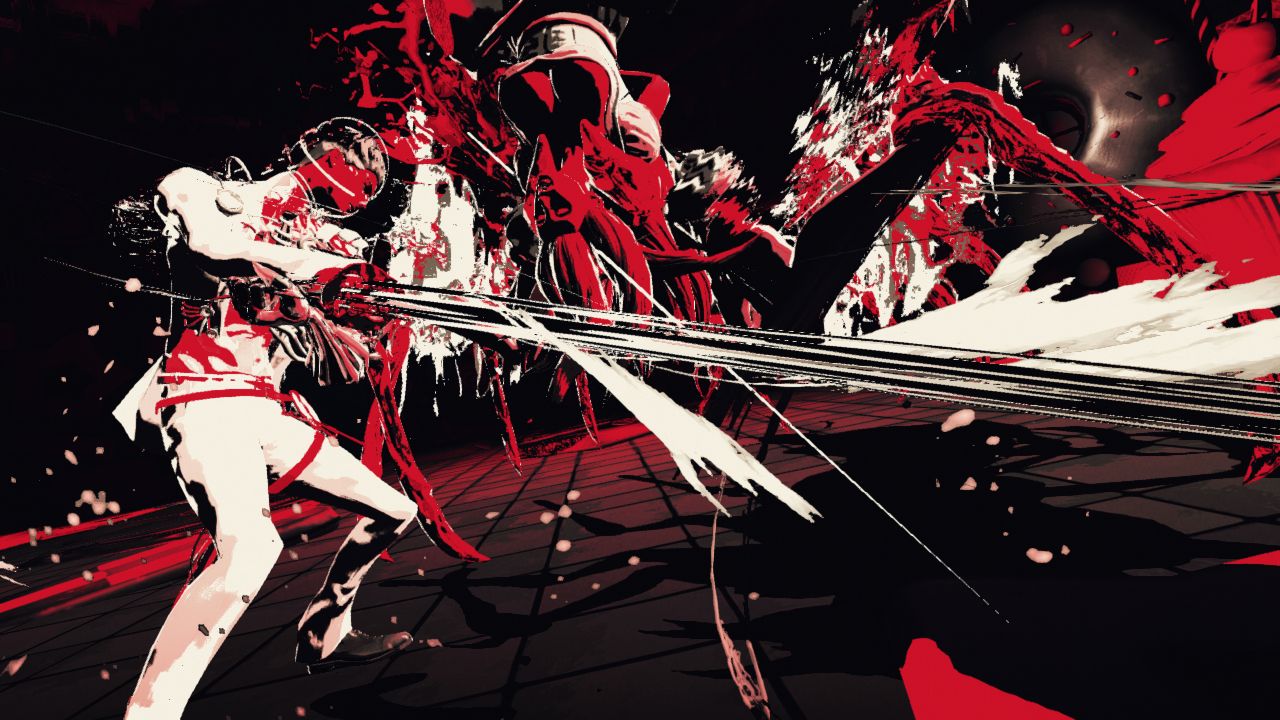 K.I.D                     is a stylish 3D Action game in which players take control of the womanizing contract killer Mondo Zappa as he uses his Japanese sword and cybernetic left arm to track down and behead criminals. Set in the near future, KID is full of cyborgs, dark matter, and lunar tourism, and the main storyline finds Mondo battling cybernetic organisms called Wires and pursuing eight bizarre assassination targets, including a 500-foot-tall giant, a crab woman, and an anthropomorphic train.

Mondo’s katana, which he calls Gekkou, and his cybernetic arm, which is named Musselback, both grow stronger by absorbing the blood of fallen enemies, and as gamers slash, guard, and dodge they build up a combo meter that will let them pull off gruesome Final Judgment finishing moves. Final Judgment moves give players special bonuses, and they can use moon crystals to upgrade Mondo’s skills, and acquire the charge cannon, freeze shooter, and drill upgrades to his cybernetic arm. In addition to the main storyline episode, gamers can take on a variety of repeatable sub-missions, or they can take on Gigolo missions, in which Mondo must attract beautiful women to earn rewards.

This Edition brings the action to PCs for the first time, adding the “Smooth Operator” DLC and introducing the Nightmare difficulty mode, which does away with quick-time-event finishing moves, and features enemies that can only be killed via Adrenaline Burst, Dodge Burst, or Headshot attacks.