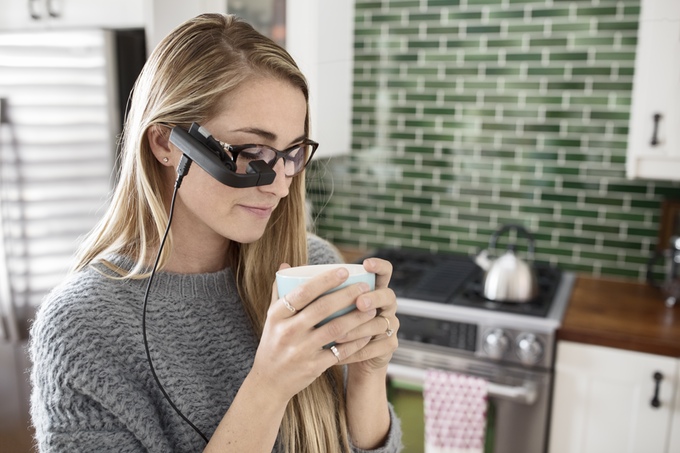 Kickstarter, as we know of as the largest crowdfunding platform, helps to introduce a lot of creative projects to the world.

Recently, Vufine+ (a wearable display) caught the world’s attention (of course including the backers).

Vufine+ promises to be the next evolution in wearable displays. It simply is a High Definition wearable display that integrates with any device with an HDMI output (smartphones, tablets, TV, drones, and so on.)

It is an affordable alternative to other wearable display devices out there. Vufine+ supports a 720p HDMI source. Vufine+ brings in a different dock station compared to the original Vufine that was introduced last year. You can easily adjust it through the new dock station for the perfect viewing experience.

It would basically act as a secondary display for a user. You can utilize Vufine+ for a variety of purpose which includes – cycling, hands-free navigation, drone, a better camera shot, using it to keep up with lyrics while recording in the studio and also you can follow up a yoga session seamlessly without continuously checking your smartphone for the next move.

It’s available for $179 exclusively on Kickstarter. You can go ahead with that if you really appreciate this creative project. For more information on the project, you can head over its Kickstarter page.