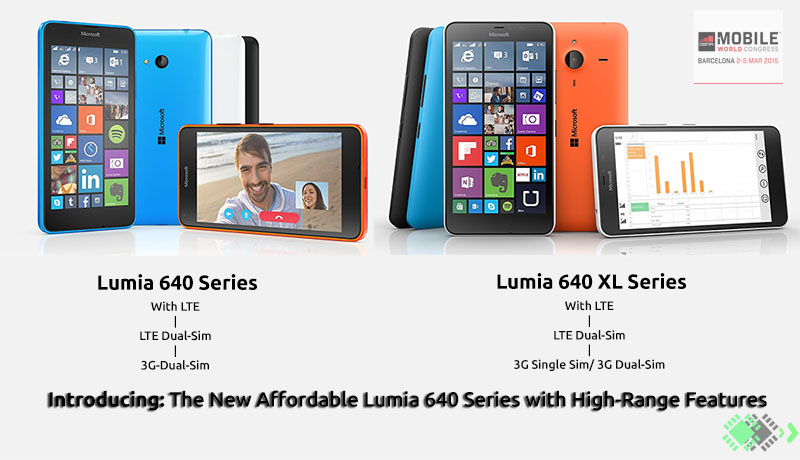 At the Mobile World Congress (MWC) -2015, Barcelona, Microsoft’s mobile chief Stephen Elop (Former CEO of Nokia) said, “What you see is a temporal situation in time, we made a conscious decision that the best time to launch the next wave of flagship devices was when we could launch the full Windows 10 experience. We decided that was the right moment to go back to the flagship tier.”  Saying this, Microsoft’s mobile chief gave the first look to the Microsoft Lumia 640, Lumia 640 XL and Lumia 640 XL(LTE). 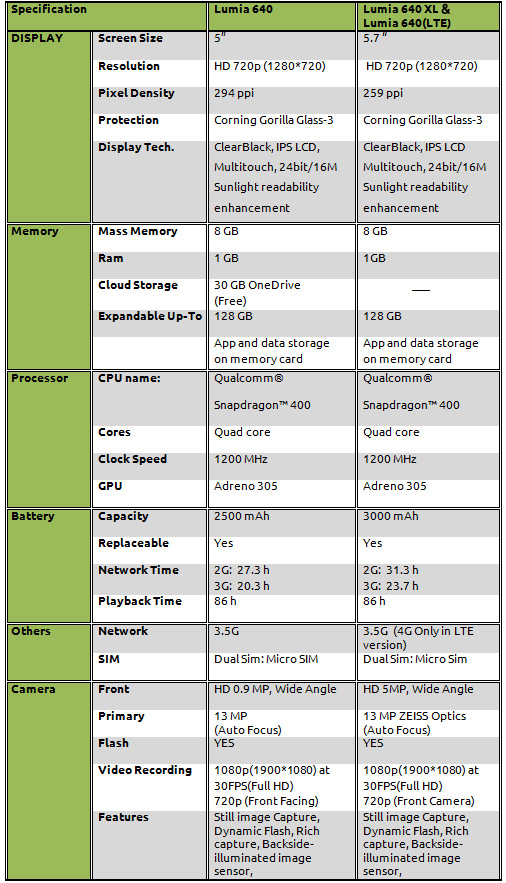 Summing up, the new series of Lumia smartphones look decent, with an affordable price-tag. For now, they will hit the market with Lumia Denim update which will be upgradable to the latest Windows 10. The phone will be out in the stores by the end of March-2015.