Playstation gamers all around the world are quite familiar with the concept of ‘Trophy Hunting’. But for those who aren’t familiar with it; all games on the Playstation have a set of trophies (achievements on the Xbox) that can be unlocked by completing certain objectives in the game. It is basically an add-on that is awarded to the gamer for the extra effort put in to perform certain actions/objectives in the game; only thing, it isn’t an add-on anymore. Trophy Hunting is being taken more and more seriously everyday by gamers all around the world.

Once all the trophies in a game are all unlocked, the gamer is awarded with a Platinum trophy. A Platinum trophy, or a plat, signifies that the gamer has collected all the single player and multiplayer trophies. It not only gives a great deal of personal achievement and pride but also helps gain respect in the gaming community. Skilled trophy hunters are always looked upon with great respect and appreciation. But yet, trophy hunting is never a part of the main game; so why the entire craze? TL spoke to Sunny Khandait, a passionate trophy hunter, to get an understanding of why Trophy Hunting is so much fun and sometimes, addicting.

“I started trophy hunting one and half year ago and it is fun because you get to know almost every feature the game has to offer, explore more variety of gameplay, and it is more challenging than normally just playing the game.” says Sunny upon being asked when he got into trophy hunting and why he finds it so fun to do.

But sometimes, trophy hunting can be a pain. Some trophies require you to play the whole game again; what motivates a gamer to go through with that? “While trophy hunting you might to get to know features that you never knew existed before and sometimes, while trophy hunting, you get to explore all the corners of the game and you might even change your review of the game. The possibility of stumbling upon something new even after finishing the game is what motivates me.” says Sunny. “Aur, game ka pura paisa vasool hota hai (We get the full worth of the game)” adds Sunny with a grin, in a purely desi style.

When asked about his first platinum trophy, Sunny says “My first platinum was Prototype 2. It felt very different than usual; it was like a new experience. It was fun and there was a great feeling of achievement. It felt amazing.”

Sunny Khandait has 27 platinum trophies and a mind-boggling 1565 trophies in total. Apart from having exceptional trophy hunting skills, he is also equipped with extraordinary good looks and an impeccable sense of humour. Hear hear ladies, this one is a keeper. 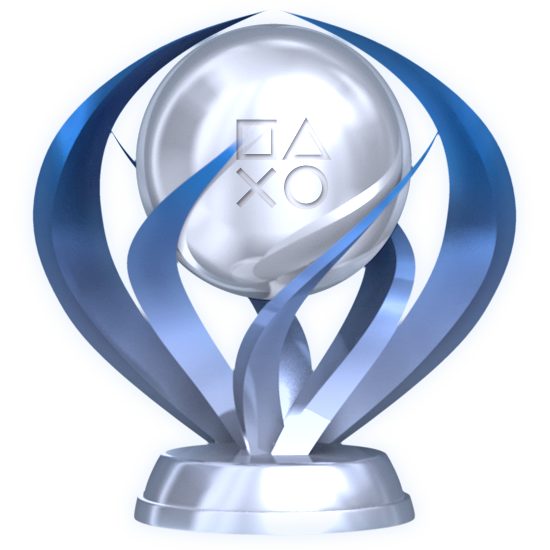 We also got a chance to interview the awesome Veer Brothers (fondly known as VeerBroz), Arjunveer Singh and Karanveer Singh, who are currently ranked 6th in India, with 74 platinum trophies and 5,477 trophies in total. Those are some pretty big numbers. These guys are one of the best hunters out there.

Me: How does it feel to be up there, in the top slice?

VeerBroz: It feels wonderful, gives us a sense of achievement. Makes us one of that lucky clan which knows what they are good at, and what they actually enjoy with their heart and souls.

Me: Why does trophy hunting appeal to you?

Arjunveer: Trophies for me are like short term goals for a company, that not only fill me with that driving force to complete a level but also gives me immense satisfaction on winning them ……and yes, not to forget a super duper reason to celebrate with my brother, my fabulous gaming partner or shall I say, partner in crime *winks*

VeerBroz: We got into trophy hunting one month after we purchased our PS3. We didn’t know much about trophies at that time. To us there was some challenge on our XMB menu (trophies) and we wanted to beat that challenge. Yes we very much remember my first plat. In fact, we have pictures and videos of our first plat. It was WWE Smack down vs. Raw 2011. We still remember the toughest trophy which was ”The man of 1000 holds” After hours of practice, when the sound of the unlocked trophy touched our ears, that moment was bliss. We felt the accomplishment. And we liked that feeling very much.

Karanveer: When we got our first plat, it was not for competition with others or for ranking up in the PSN India Leader boards. It was simply for one sole reason; teamwork. Me and my brother spent hours on unlocking the trophies of that game and with every trophy we unlocked, our bonding and team performance kept growing. The sense of accomplishment is unforgettable. It still makes me happy when I think about our very first platinum trophy.

Me: Do you guys think that trophy hunting can be considered as a separate genre of gaming?

VeerBroz: Yes. We can only hope so. Mostly, people see it as a time waste or waste of energy. Some call us low lifers or no lifers. But we are proud that trophy hunting separates us from the other lot of gamers. Gamers play for fun. We play for fun too, but we get more fun in hunting those trophies. Like Ash from Pokémon says…”Gotta catch em all’ ‘It feels surprisingly good to see that gamers these days (in India), are coming forward and do trophy hunting. It should definitely become a separate genre of gaming.

Me: Finally, any words for fellow trophy hunters?

VeerBroz: Oh yes, we have a lot to say to them. We want the trophy hunters to know, whether you are a small or big trophy hunter, casual or hardcore, often or always, we respect each and every one of them. We all put our efforts in achieving those, they aren’t just trophies anymore. Don’t let anyone pull you down by calling you names or things. Keep moving forward and if you’re passionate about gaming and trophy hunting, do everything possible to excel in it. You have our respect and appreciation and I honestly want to see more and more Indian gamers to fill up the list in the leader boards. And just one more request, don’t leave trophy hunting, which is what defines us, defines our category of gamers and we are proud to be of the trophy hunter’s clan. Play all those games, hunt all those trophies and keep plat-ting.

Being one of the top ten trophy hunters in the country is not an easy thing to achieve. Did you know that these guys have a 4.75 ratio of trophies per day?  So, as you can see, the Veer brothers are very passionate gamers. They are also a pretty lively duo; their spontaneity along with their good nature and amazing sense of humour has won them many friends and admirers both on and off facebook.

Karanveer Singh aspires to become the executive editor at IGN. Arjunveer Singh has started his own website named viewbook.in along with his friend, Karman Sethi. Make sure to check it out. Also, check out the top 5 easiest plats in gaming, written by one half of the VeerBroz, Arjunveer, here.

It is clear that trophy hunting is a bit more than an add-on; it is being taken very competitively by gamers all over the world, in a healthy way, thankfully. I am one trophy away from getting my first ever platinum and I can’t wait to get back on my PS3 Let us know in the comments below whether you like trophy hunting or not and if yes, then why? Also feel free to tell us what your first platinum was!!