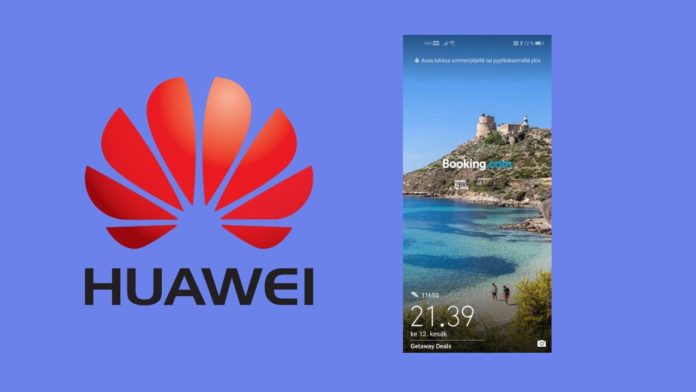 A Redditor who goes by the username “Quacksnooze” recently posted a screenshot where we could see the lock screen wallpaper with an advertisement of “Booking.com”.

It just didn’t stop there – the Reddit thread blew up on /r/Android where multiple users complained about the same thing. Of course, not all, but a number of users encountered the annoying advertisement wallpaper on their devices.

The users pointed out that a couple of pictures with an advertisement for “Booking.com” were added in Huawei’s Magazine Unlock cycle of wallpapers. Even though we can’t verify the same, users are annoyed by these advertisements.

Digital Trends reached out to Huawei to comment on the situation and here’s what they had to say:

The ads are not initiated by Huawei. We encourage individuals to check app settings, or follow publicly available directions on how to remove lock screen ads

Well, if it wasn’t from Huawei’s end, then where did the advertisement wallpapers come from? Moreover, if it was just a single user – there could have been a possibility of having shady 3rd party apps. But, apparently, a lot of users seems to have encountered the same.

What do you do if you encounter the advertisements?

They’ve pulled off those wallpapers. However, in case you see the ad, simply stop using the “unlock magazine” feature for the lock screen on Huawei devices.

Here’s one of the users on Twitter complaining about the same:

The official statement from Huawei makes them look bad.

But, what do you think? Did you experience the same? Feel free to let us know about your thoughts in the comments below.