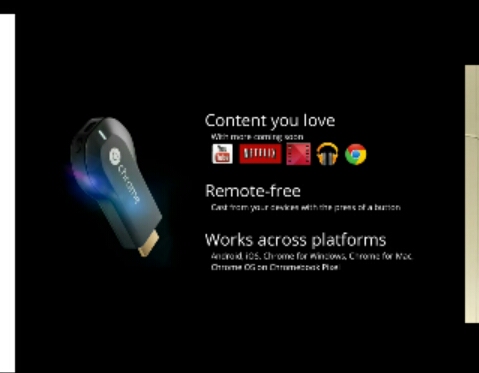 After Google introduced its $35 Chromecast HDMI dongle to easily fling apps like Netflix and Google Play Music onto televisions, Chromecast was met with feverish consumer interest but an initial dearth of apps that may have stunted its usage as a go-to device to stream media.

Amazon is widely expected to release its own such device later this week, going up against not only Chromecast but also Apple Tv and Roku, the current leaders in the space.

Crackle, which is a unit of Sony’s television production arm that is best known for its original Jerry Seinfield vehicle “Comedians in Cars Getting Coffee,” said Monday that it is available on Google’s Chromecast.

Crackle also appears as a quick-access button on Roku’s remote, alongside such heavyweights as Pandora and Netflix — an indication of its popularity among avid streamers, even if it’s not a pure one. Roku generates revenue by promoting content from its media company partners in various ways, so economics may have a role in which services get buttons in addition to popularity.