Last July, Bhubaneswar became the 2nd city in India to have an exclusive ROG Experience Zone by ASUS. Well, that was quite a feat for the city, to be considered as one among the best consumer hubs for the company. In the same month itself, Nvidia organized a GamerConnect in the city’s largest gaming cafe, Gameomaniacs. Things brewed up, which especially alleviated the gaming scene within Bhubaneswar. That was 2016 for you.

Gamers couldn’t have asked for a better new year, all thanks to Nvidia’s GamerConnect 2.0, the city’s biggest and most hyped gaming event so far. Not only Nvidia but also companies like Kingston, Zotac, LG, and X-Rig, showcased their products and innovation as well. If you weren’t there, then don’t worry, as we’ll walk you through everything that you need to know.

Where was the event organized?

The event was organized in The Presidency, a 3-star hotel located in Nayapalli, Bhubaneswar.

What was the event organized for?

The event was organized mainly to get all the gamers together and expose them to a world of new gaming hardware products, PC modding and virtual reality.

What exactly happened in the event?

More than a hundred gamers were welcomed to the venue with immense love and respect. The event went live stream with back-to-back dynamic interaction with Mr. Krishna Vamsi (Marketing Head, South Asia) and Captain ‘Arya’, a popular YouTube gaming streamer in India.

There were consecutive quizzing rounds. Participants answering the questions correctly were given goodies like hats, Watch Dogs 2 hoodies, posters, t-shirts, steam-wallets and much more.  There were alternate 10-minute breaks to give the audience an ample amount of time to visit different booths and experience the power of everything latest in gaming hardware.

The participants were also entertained with snacks and lunch respectively.

Let’s have a look at the various booths that catered to the entertainment of the audience.

The Nvidia team brought in Virtual Reality (VR) headsets like Oculus Rift and the HTC Vive that were hooked into powerful PC gaming rigs by Gameomaniacs and AR Gaming Asylum. The event attendees got a chance to play shilltastic VR games like Eagle Flight, Redout, and Raw Data.

YOU MAY ALSO LIKE: Assassin’s Creed Movie Review: Unexpectedly Better 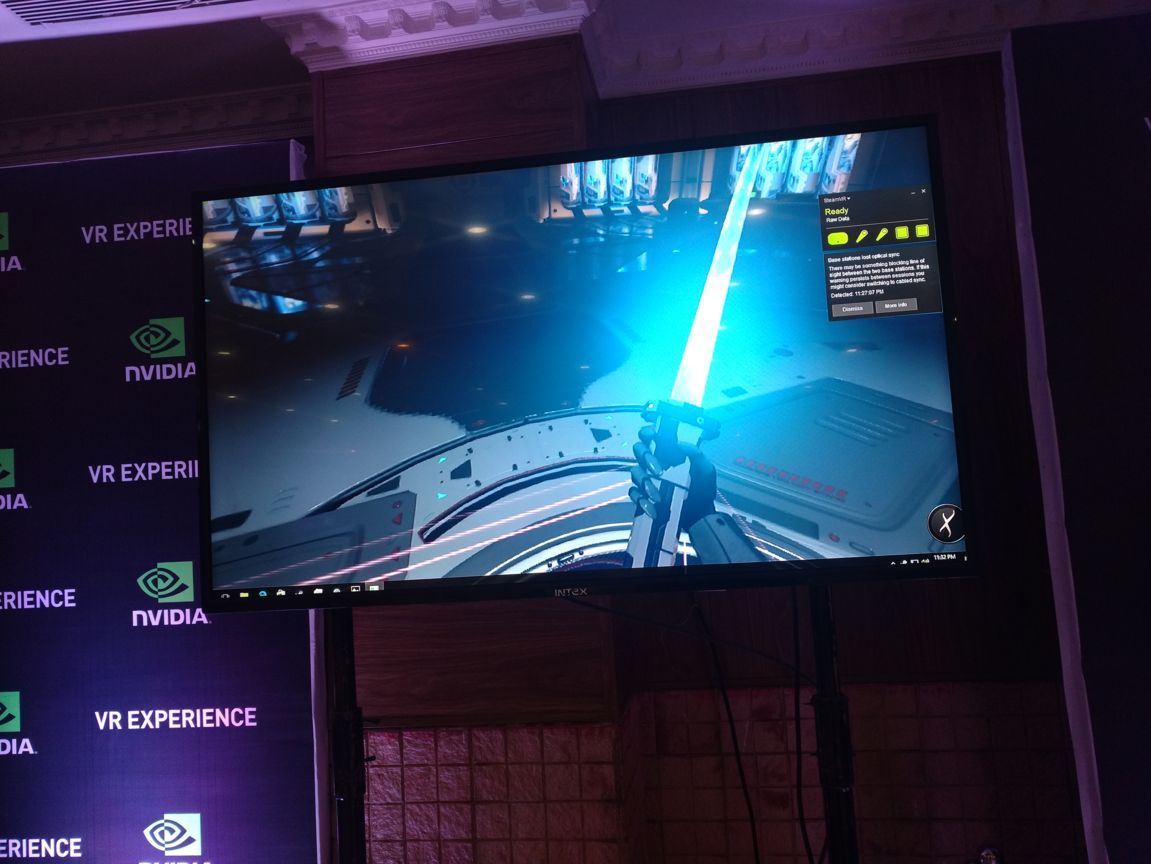 X Rig is a new Kolkata-based startup that came into the Indian gaming industry just recently. They are into custom PC building. They had two exclusive booths to showcase their recent projects that they had been working on, namely, ‘Project X’ and ‘Project UMX.’ So, according to them, one is ‘beauty, ‘ and the other is the ‘beast.’ So, let’s meet the beauty and the beast. 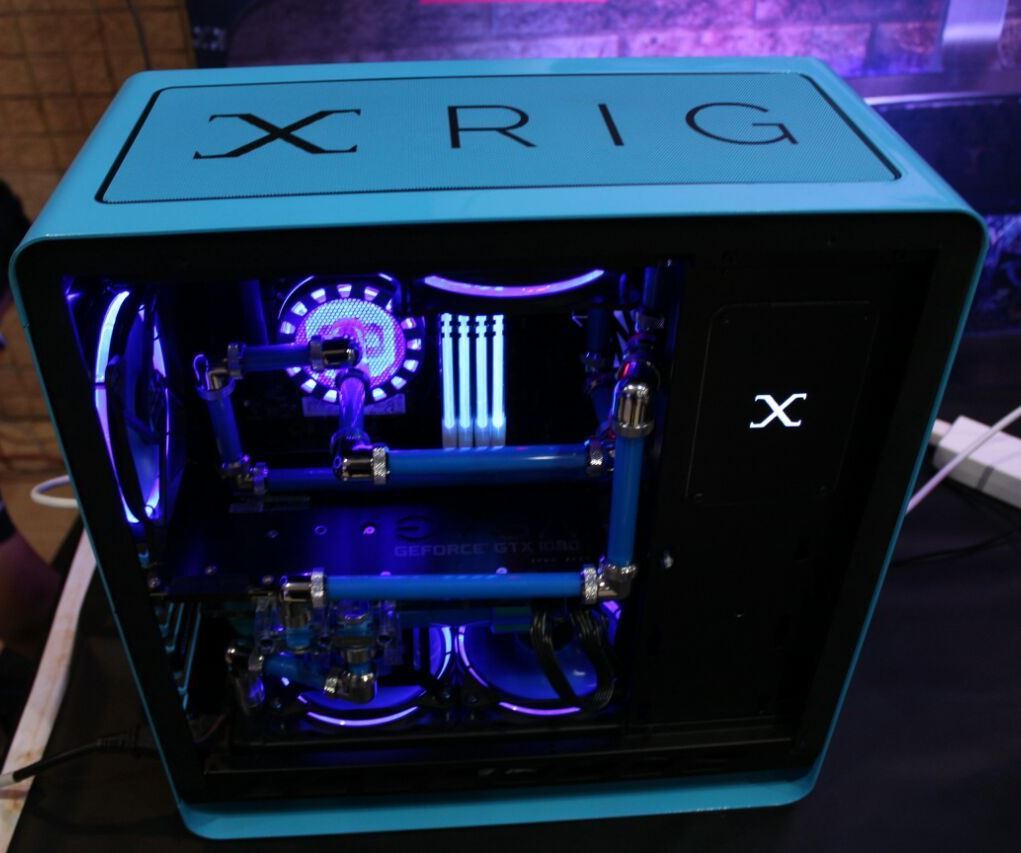 The beauty, Project UMX, really amazed the audience with its vivid looks and stunning design. The custom paint job on the case looks so beautiful that your eyes would be hooked onto it for hours. The custom cooling augments its appearance.

And finally “Beauty” is followed by the “Beast”. The rig has been specially designed to deliver max performance. Well, you’ll be surprised to know that the “4 Gamers, One CPU” concept was used with this monster! Wait? What’s that? Sounds scary? Yes, it exactly sounds like it is.

Especially relevant, the setup harnesses the power of three GTX 1070s and a GTX 1080 in total. For juice, there’s a Seasonic 1200W for service. Setting this up and virtually managing four systems simultaneously, sounds like a hectic and complicated task. The price of the entire setup is around INR 700,000.

If you are a follower of Linus Tech Tips, then you might be aware of the idea. It may sound easy but in reality, it’s very difficult to pull off. Hats off to the X-Rig team! Looks like we have another LTT in making!

Zotac surprised the audience with its VR GO. It was its main spotlight. Kindly, don’t get confused that the so-called backpack is a ‘VR’ headset.  Rather, it’s a wearable gaming system to make your VR experience comfortable.

Kingston mainly showcased its blazing fast HyperX SSDs and RAMs. Their officials presented a live demonstration highlighting the differences in performance between an HDD and an SSD. The audience got to learn a lot about the HyperX products and there was an exclusive quizzing round by Kingston too. Participants performing well were amply rewarded.

The audience got to learn a lot about the HyperX products and there was an exclusive quizzing round by Kingston too. Participants performing well were amply rewarded.

When we heard about Nvidia showcasing Watch Dogs 2 Ansel, we got confused, as Watch Dogs 2 Ansel support wasn’t out yet. But they revealed it exclusively, in the event to show the magnificence of taking 360º snaps in the beautiful universe of San Francisco. Gamers, who didn’t get their hands on the title yet, had fun playing it.

All of us know about the stunning visuals and addictive gameplay of the legendary RPG Witcher 3. But how does it feel when you explore the city of Novigrad or the isles of Skellige on 4K? Hence, gamers were completely hooked into its spectacular graphics. 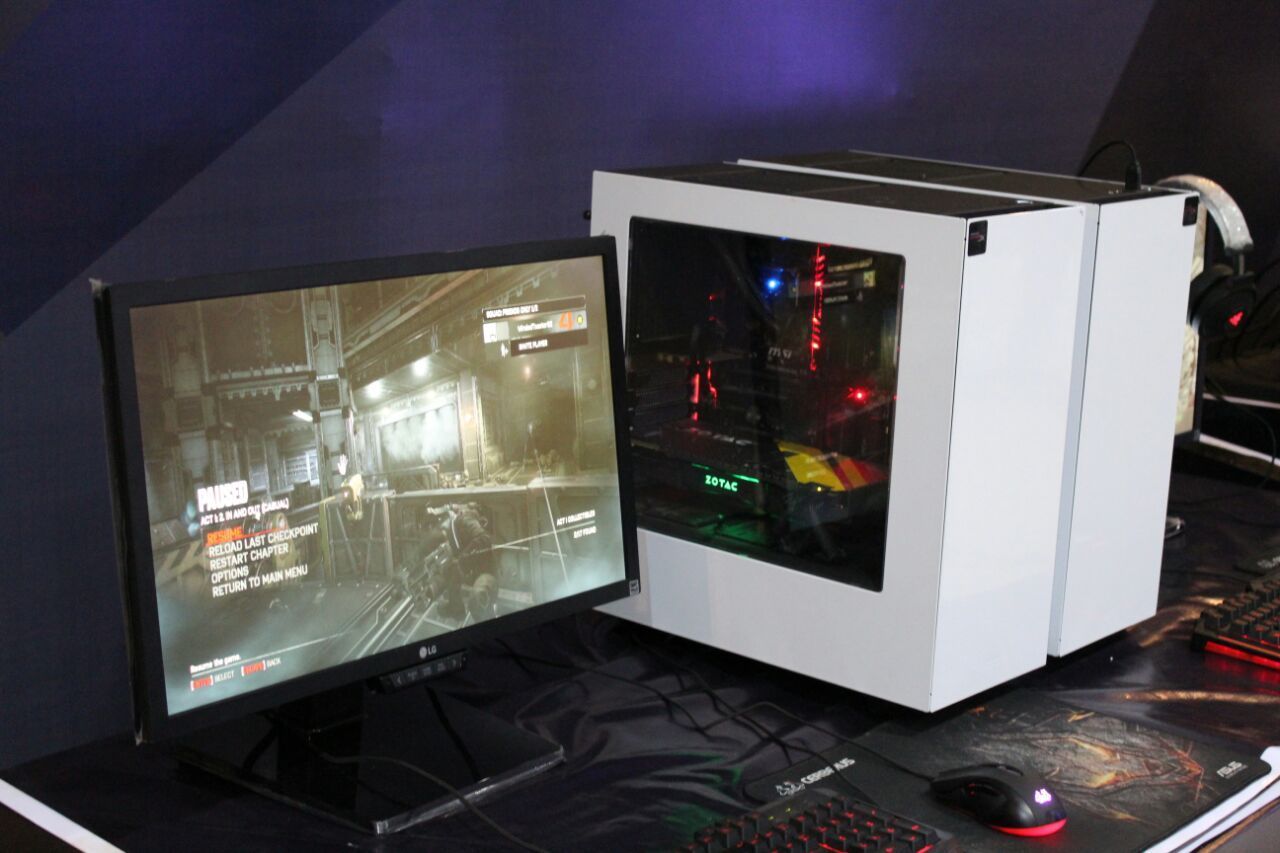 The popular TPS title was used to encourage the audience into co-op gaming. Attendees went right away with their guns blazing, and thus, they were busy in tearing down apart their enemies.

So, this is what exactly happened in GamerConnect 2.0 @Bhubaneswar. The volunteers from the Nvidia team did a commendable job in audience management and prep work. Hats off to those people!

Hence lastly, we anticipate more of these events in the city to not only stimulate its gaming scene but also lead to an exponential growth of the gaming industry in India.