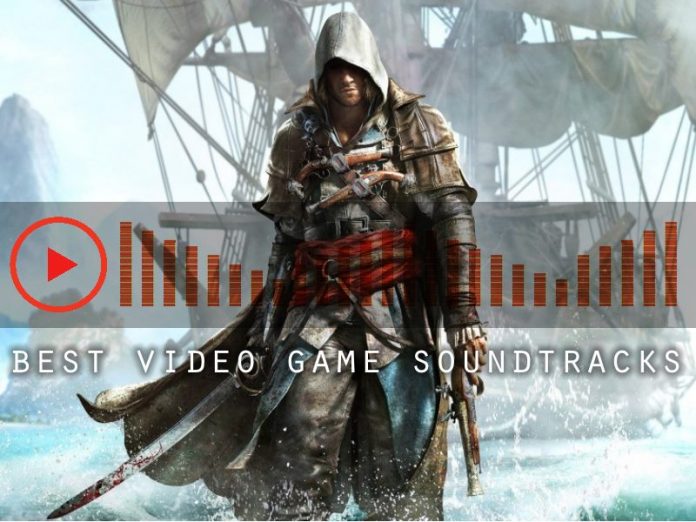 It’s our usual habit to listen and mumble our favorite video game music that we always listen to. Those video game soundtracks make us either feel nostalgic or motivated, or maybe both at the same time. They actually take us to those certain memorable moments we experienced while playing a game.

With headphones jacked on to our device/system, those game soundtracks play an important role in our life. How? Do I need to elaborate? But it must be difficult browsing the internet/certain apps, to find some decent gaming music, right? Well, for your comfort, we compiled up a pretty huge list of best video game soundtracks of the decade that will relive you from such type of pain or misery. Enjoy listening!

Note:  We are no music critics, so this is not a ranked list but rather a collection of random songs.

“Knives out! Knives out! Scaling the rooftops of London…knives out buddy!”… Lol don’t worry, I added some lines on my own. Ring any bells? Well, this song was implemented in Assassin’s Creed Syndicate. Man! Wasn’t it amazing exploring the 18th century London, beating up goons and of course, grappling throughout the city?!

Sounds cool and inspiring isn’t it? Well, perhaps this song hasn’t been implemented in any game so far but most of the YouTube gamers use it in game walkthroughs or montages. God! The music intensity before and after you hear, “This is a Knife!”….damn! I love it!

“Hey! Wait! I’ve got a new complaint! Forever in debt to your priceless advice!”, holy shit! This track from InFamous Second Son will simply drive you crazy! You can get the lyrics here.

The 40’s classic tune added really some authenticity and charisma to the game. Oh Lord! If you’ve played Mafia II then while listening to this, tears may start rolling out from your eyes! Vito Scaletta and Joe Barbara…we’ll always remember you!

There are simply no words either for this game or the song. I feel like going back and playing Witcher 3 once again. Don’t know about you though! Clearly, this is one among the best video game music tracks of the decade.

Okay, that’s it! Enough with the emotions! Guys! Once again it’s time to party!

Remember the day when the debut trailer of AC Syndicate was out? Well, this was the soundtrack playing in the background alongside the action-packed trailer! You may like to check out the lyrics as well.

Wow! Beautiful! It’s got a cool Japanese retro emotional theme…well, you may like it. The game, released in 2002, itself was very popular among the gamers of that time.

Who can forget the great Splinter Cell Conviction? Listening to this song, it reminds of those days playing as Sam Fisher and the level of stealth and aggression we used to beat the shit out of the enemies!

I have one question for you? Do you want to explore Liberty City with Nikko Bellic once again? Then enjoy listening to one among the best video game music tracks.

Almost all the track from the game, Life is Strange, have been beautifully composed. So, do you want to check out the lyrics of one among the best video game music tracks?

This song gave me goosebumps to be frank. The epic first person shooter, released in 2014, heavily engaged us into its stealth/combat mechanics.

Well, this track has surely got a pirate-adventure type feeling with Edward Kenway’s ship- The Jackdaw, sailing across the Caribbean. Hope you’re enjoying listening to best video game music!

No, I change my words! This track gave me way more goosebumps compared to The New Order’s soundtrack.

I hope you remember this song was used in the E3 Trailer of Ghost Recon: Wildlands? This song from Imagine Dragons was integrated to it.

Wait! We have another New Order soundtrack to thrill us! Enjoy listening!

#104 Metal Gear Rising: Revengeance OST – The Only Thing I Know For Real

Raiden from Revengeance was certainly one hell of a character! Let’s embrace the hell with this epic action-packed music track!

Voila! Lookie here! Rejoice with this amazing soundtrack from the Legendary 2013 shooter,  Crysis 3.

“Weigh hay and up she rises…early in the morning!” You must’ve certainly heard your Jackdaw Crew singing this most often. It has no instrumental, no beats, no additional inputs but still it rocks! This soundtrack is treasure! Hook yourselves to best video game music!

There is another Drunken Sailor no Whaler for you…only this time it’s rather horrific! Here’s the lyric of the song, if that’s what you’re looking for. Video game music just went up to another level, aye Captain?