Tech Legends
Home Android Here’s Why App Lockers For Android Are Useless & What Should Be... 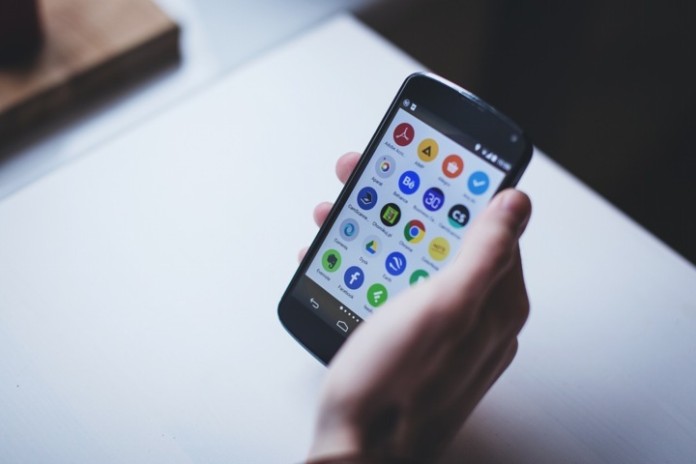 Going through the Play Store, you’ll find a wide variety of app lockers. Each with their own pros and cons. But, you can’t find the perfect applocker (considering UI, performance and features) But, we’ll give a shout out to the developers to include a feature which would definitely help in the revolution of app lockers for Android.

Personally, I prefer simplicity over features and that’s the reason I use Hexlock for Android. And, other honorable mentions would be- Leo Privacy Guard, Smart App Lock, and AppLock. These are one of the best app lockers which are popular as well.

But, all the apps mentioned above fails to provide real privacy to the users. And, we’re going to say what the problem is, and what is the possible solution. Well, we can put a theory to it at least, because, for a developer, ideas come first and then the quest starts to make it happen.

We know that the app lockers come with a number of smart features starting from intruder selfies to fake lockscreen covers. But, no matter how popular or powerful app locker you use, your conversations can be partially seen. It won’t be a problem for a moment. But, if the portion of a conversation lets a sneaker know about a secret client or is able to look at your bank password or other sensitive information, then what? App lockers feel useless now!
App lockers are meant to protect the app to prevent unauthorized access into the app, be it a messenger or any other application.

You May Also Like – Top VPN Apps For Android

Here’s a screenshot to help you understand what we actually mean: 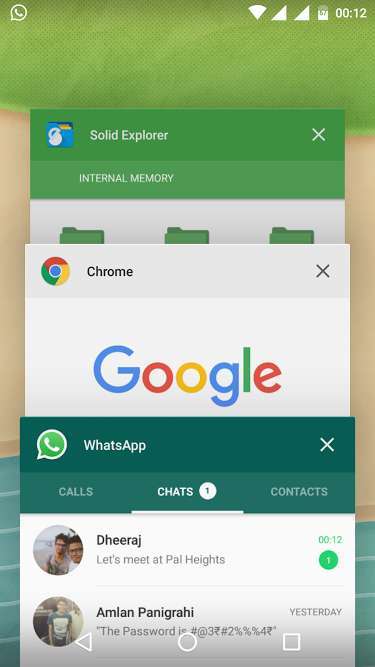 As you can observe in the above screenshot, WhatsApp conversations can be seen right from the recent apps screen even if it is being protected by an app locker (any). So, anyone with the access to the device can look at your conversations which might contain sensitive information. So, this makes app lockers useless in a way.

There’s definitely a solution to this, and we’re not the ones who developed the idea. But, the solution lies within a secure messenger app – Signal Private Messenger. It’s one of the best secure messaging apps for Android. And, fortunately it comes with a feature – “Screen Security” where it does not allow a user to take screenshots of the conversations within the app and even from the recent app lists. So, this isn’t magic, it is possible and the developers at Open Whisper Systems have made it possible. Well, we’re sorry if we missed any other app from the Play Store implementing the same. Feel free to let us know about it in the comments section below.

Well, as a user, to protect your privacy you should clear the recent app lists regularly to make sure no one gets a piece of information from your device.

You May Also Like – How To Protect Your Android Device From Malware? 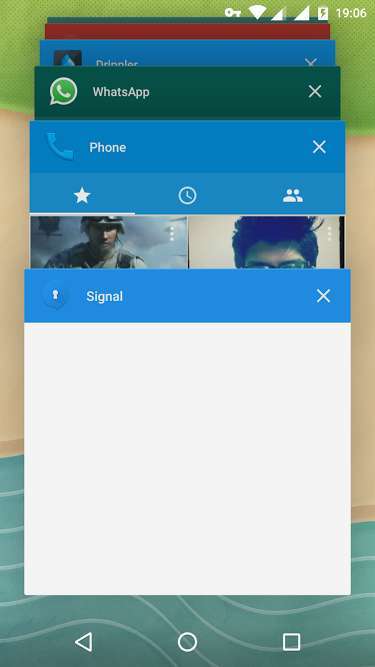 So, now as you can observe, you won’t be able to see the conversations present inside the Signal messenger. Although, it is an inbuilt feature of Signal Private Messenger, but it would be interesting to see this feature implemented through the app lockers to enhance privacy.
You might be also thinking – Why can’t be this implemented on individual applications? Well, Yes! It can be implemented. But, there won’t be any job left to do by the Android applockers. It would be useless in providing true protection and privacy. So, if this particular thing comes baked in on any app lock, app lockers would be a necessity until each and every other app implements the same.

In the end, it’s either the screen security feature on the app lockers or not having an app lock at all. Finally, it’s your ultimate choice!

If you find this idea helpful, help us in reaching out to the developers around the world by sharing it!

*If you find any error in this article, please get in touch with us at [email protected]
Your feedback helps us in improving the quality of our articles.