Before we start off, let us all agree on one thing; free running is sexy.

When Prince of Persia had come out, everyone had gone crazy with the ‘wall running’ feature. And then came out Assassin’s Creed with its free running. The ability to scale high walls and run around on rooftops in such a smooth way is an amazing feature in the game.

Also, it is the first open world game that I have played where you have no mode of transport or no super powers. Hence this makes free running essential. The only kind of transport that’s available (in some Assassin’s Creed games) is four hoofed and not four wheeled. So, yea, you basically have to free run through a city to get where you want to go; there couldn’t have been anything more fun. 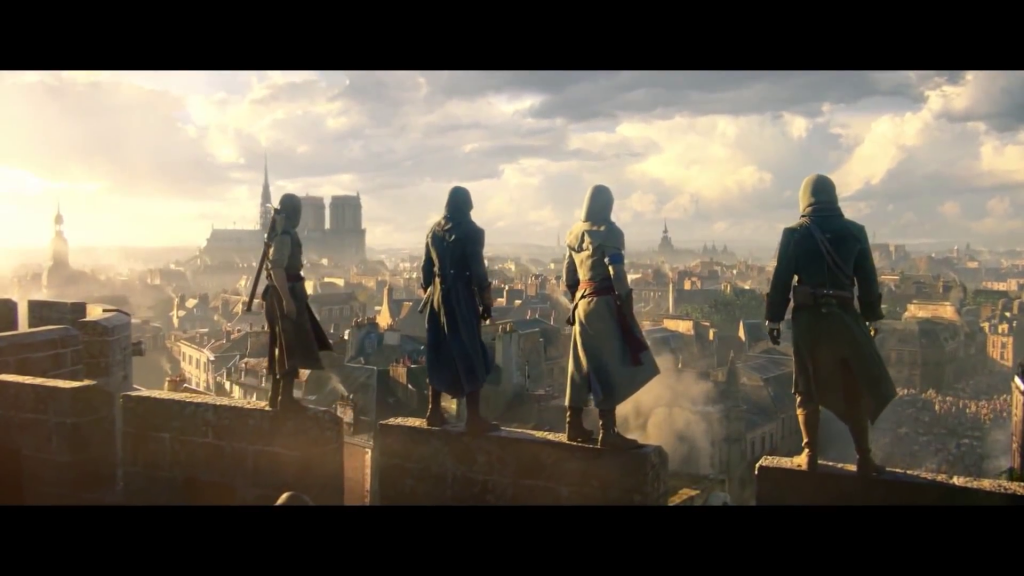 7. You get to visit places that your travel budget would never allow you to

So, I was watching this movie with a friend that takes place in Istanbul. There is a scene where the hero chases the villain through the Grand Bazaar; I just leaned back, put on my cool shades and said to my friend “Been there, done that.” How often do any of us get a chance to say that?

Yes, I am talking about Assassin’s Creed: Revelations. Assassin’s Creed has taken us to various different locations over a span of seven games; Istanbul, Rome, Jerusalem, America and of course the exotic Caribbean. The franchise always takes us to beautiful historical places that look much better than the ones in your history book.

Benjamin Franklin, Leonardo Da Vinci, George Washington, Blackbeard; you name them and they’ve got them.

Assassin’s Creed probably has the longest list of star guest appearances. Its another thing that they are all dead though. The games in this franchise let the gamers meet great and amazing personalities who are just case studies in your textbooks. These characters have made a mark for themselves in gaming history; who doesn’t remember the chills they got when Blackbeard defined what fear is and who can forget Leonardo and his hugs?

This one speaks for itself. One would spend 15 minutes to scale the highest buildings in the game just to jump off it in a cinematic way that lasts for about 15 seconds. That is like driving for half an hour in a GTA game to get a soda can. But yet, we all love leap of faiths, because there is nothing better than jumping off a tall building and landing in a haystack. 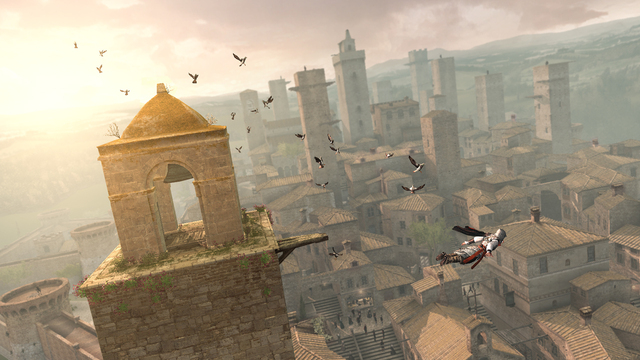 4. Being a badass; without an automatic rifle

Thanks to the market being filled with first person and third person shooters, most people think that one can only be a badass if he/she has a super scoped silenced sniper rifle with flash suppressor attached with an extra grip and an extra magazine. Thankfully, the AC games have proved that its not the case.

There are few games that don’t have advanced guns or super-powers. Assassin’s Creed games are one of them. The fact that you can still be cool without having guns or super-powers is amazing. It’s just flesh and steel in these games. And who needs guns when you are an assassin?

You might be the saint of your class but come on; you love assassinations in AC and you know it.

Keeping the touchy concept of violence in videogames aside, we all love assassinating targets and guards in the AC series. The way they make it seem so smooth and less violent in a way is what appeals to most gamers. Let it be a silent kill in a crowded area or a high flying assassination from atop a church; its the cool factor that makes us like this feature so much. The protagonists of the Assassin’s Creed series have carved a niche for themselves in gaming history. Its not just about how cool they look or how good they fight or how cockily they talk. Its about why they do what they do. Their much defined personas and their motives behind their actions are what make them feel so realistic. These characters connect to the gamer in a way only few others have. And is there anyone who doesn’t remember Ezio Auditore da Firenze? Okay, most of you would not have seen this one coming.

A majority of games have depicted women in videogames in stereotypical roles; the damsel in distress, the kidnapped princess and the sexy lady with extra large ‘guns’ who has no reason plot significance. Fortunately though, this trend seems to be changing as we are being introduced to more and more strong female characters (Lara Croft in Tomb Raider, Elena Fischer in the Uncharted series and Ellie and Tess from The Last of Us). And the Assassin’s Creed franchise has done its part in changing this trend, although it has been quite subtle about it. The female characters in the Assassin’s Creed series have always been strong independent characters; let it be Ezio’s sister Claudia in AC: Brotherhood, where she single handedly fights off her attackers and soon becomes an assassin, or let it be Maria, the love interest of Altair, who not only is wise but also knows how to handle her sword. The list goes on actually with Mary Read from AC4: Black Flag, Aveline from her very own game, AC: Liberation and Caterina Sforza from AC: Brotherhood. All of these characters were strong, independent and as badass as anyone could ever be.

Assassins Creed has given us memories just like the animus. It has given us characters that we will never forget. It has given us the greatest moments of history; whether it be the signing of the declaration of independence of the US or the downfall of the Borgias. And thats why it has become the favourite game franchise of many gamers around the world.

Are you happy with our list? Did we miss something? Let us know in the comments below!!!